You might think the backstory of something as teeny, tiny as a plant seed is not, in the scheme of things, going to make a whole lot of difference to the success of your garden. Getting seeds – any seeds – into the earth is likely your priority by this point in spring.

But now that many of us are making compost, doing away with chemicals and increasing plant diversity, attention is starting to fall on the role seeds can play in making our gardens more environmentally friendly. 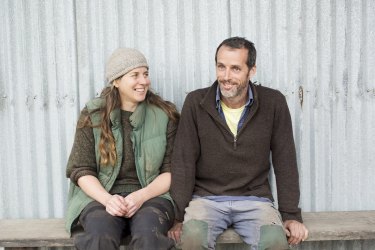 Robin Koster-Carlyon and Peter Carlyon of Transition Farm on the Mornington Peninsula.Credit:Honey Atkinson

You can buy flower and vegetable seeds everywhere from supermarkets to hardware shops but that doesn’t mean all seeds are equal. Some seeds are more resilient than others. Robin Koster-Carlyon and Peter Carlyon of Transition Farm on the Mornington Peninsula go so far as to say “the hard-bodied memory of a seed” means anything you grow from it can reflect the life it leads.

This won’t be news to anyone encouraging self-seeding flowers to romp around their gardens. The strongest and healthiest self-seeding scabiosa, poppies, marigolds or the like are always those that have been proliferating about the place for generations. Once the seeds get acclimatised to the soil and the climate, the resulting plants get better at handling everything that the site can fling at it, extreme weather events included.

This point was driven home to Robin and Peter over the past 12 years when they were growing vegetables for the weekly produce boxes they were supplying directly to consumers from their seven-acre (three-hectare) farm in Fingal. 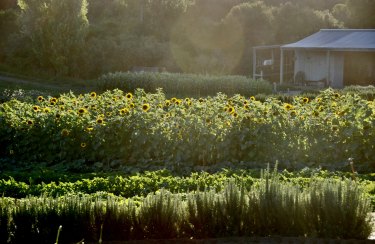 Sunflowers on the farm.Credit:Peter Carlyon

At their peak they were producing 120 organic boxes a week and supplying to a small number of restaurants and they had neither the time nor the space for unproductive plants. “All our focus was on how do we provide this box, how do we keep it diverse,” Robin says. The couple had been building up the health of their soil, establishing diverse native corridors and following organic and biodynamic processes to “reinvigorate our whole farm ecosystem” but over time they noticed it was their seeds that were the “biggest limiting factor” to producing reliable, flavoursome produce. 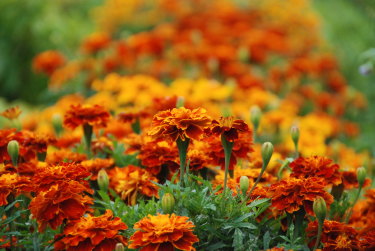 Marigolds being grown for their seeds.Credit:Peter Carlyon

They began trying seeds bred in all sorts of places for all sorts of attributes and what they found was that, no matter how well-bred a seed was, if it came from far enough away – and some came from the United States and Europe – the resulting plants weren’t necessarily resilient on their patch of land in southern Victoria. An heirloom leek bred to do well in the Netherlands was not necessarily cut out to handle the conditions in Fingal.

So Robin and Peter started devoting more time to saving the seeds of varieties that worked well for them. They chose the cultivars that yielded the best-tasting vegetables or the most beguiling flowers. They left their strongest, most uniform, most pest- and disease-resistant plants to mature and ripen so they could collect seeds to propagate their next crop, and then they did the same the next year and the next.

They set up clear separation zones and isolation tents to prevent the risk of cross-pollination and they started saving seeds of everything from Italian heirloom “Cocozelle” zucchinis to “Zinderella Peach” zinnias. “We just kept walking down this road,” Robin says. 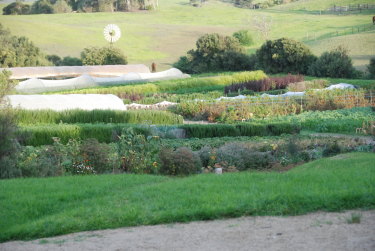 Then, when the pandemic struck early last year, they decided to stop producing vegetables for boxes and restaurants and to start moving towards selling their seeds instead. Their first packets – of more than 95 species and cultivars – went on sale two months ago.

Being organic, biodynamic and locally grown, Robin and Peter say their seeds have been bred to thrive in low-input growing conditions and will cope better in the “sort of flash extreme situations that are going to become the norm with the changing climate”.

Something worth bearing in mind next time you reach for a packet of seeds.

Go to transitionfarm.com for a list of the seeds for sale.