Lung cancer is one of the most serious types of cancer to be diagnosed, as it’s usually difficult to spot until it has spread to other parts of the body. You could be at risk of the disease if you notice your eyelid drooping, it’s been revealed.

One of the key symptoms of lung cancer is noticing a change to your eyelid.

READ MORE: The ‘surprising’ sign of lung cancer on your back 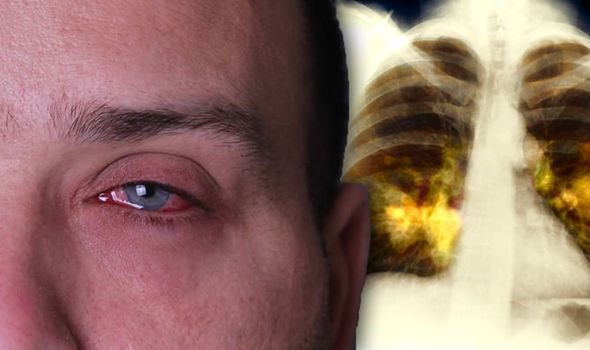 Some lung cancer patients may notice their eyelid drooping, according to Professor George Santis, a consultant in respiratory medicine at London Bridge Hospital – part of HCA Healthcare UK.

It may be caused by the lung tumour instigating neurological symptoms.

These types of symptoms compress the nerves in the body, which may lead to droopy eyelids.

If you notice your eyelid feeling unusually droopy, you should consider speaking to a doctor.

Lung cancer warning: Severe headache may signal the cancer has spread [RESEARCH]
Lung cancer symptoms: Swelling could be due to the deadly condition [STUDY]
The hidden sign of lung cancer in the way you speak [ANALYSIS]

“In some cases, lung tumours can cause neurological symptoms by compressing nerves.

“This can lead to a drooping eyelid or reduced facial sweating – symptoms many people are surprised can be related to lung cancer.” 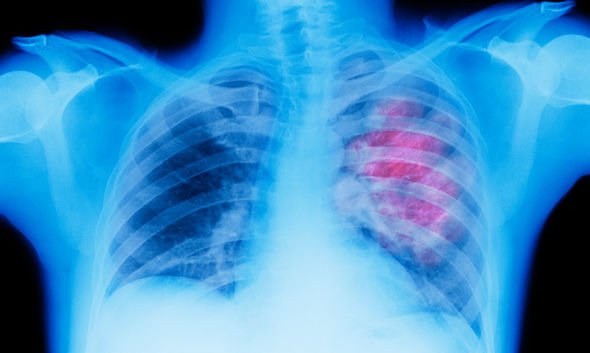 But just because you have drooping of the eyelid – which is also known as ptosis – it doesn’t necessarily mean that you have lung cancer.

Ptosis can be caused by a number of conditions, or simply by wearing contact lenses over a number of years.

It can interfere with your vision if left untreated, and it may lead to eyebrow ache.

There are a number of treatments available for ptosis, including surgery.

Lung cancer symptoms include a cough that won’t go away, coughing up blood, difficulty breathing, and having an ache or pain while breathing.

The outlook for lung cancer isn’t as good as other types of cancer, as the symptoms are usually only spotted in its later stages.