Trusting that the push of a pedestrian crossing button will trigger the green man faster is probably not the only placebo button in your life.

The pressing issue was recently revealed in a story that showed for most of the week, the pedestrian buttons at intersections across the Sydney CBD are disabled.

For hours each day, the green man is set to "automated pedestrian phases" and pressing the button makes no difference to the time it takes to get permission to cross the road.

But the illusion of control that a button press can give people has been shown to reduce stress and impatience, psychologists such as Ellen J. Langer have found.

Other buttons that may have no effect include the temperature controls in hotels and offices as well as the 'close' button for lift doors. These deceptions are well documented in America, where many buttons are just there for show, as the New York Times and others have reported.

In Australia, the law requires lift doors to be open for a set period of time to allow people to get in without the doors closing on them, so any close door button won't work during this period. But they should work after that, president of the Lift Engineering Society of Australia John Tibbitts told the ABC.

Temperature control trickery dates back to the 60s in the USA where dummy thermostats were installed in offices, complete with white-noise generators to mimic a fan's hum.

There’s no conclusive evidence of this practice in Australia, but there are reasons to limit or disable air conditioning controls to specific temperature ranges, according to Phil Wilkinson, from the Australian Institute of Refrigeration, Air conditioning and Heating. 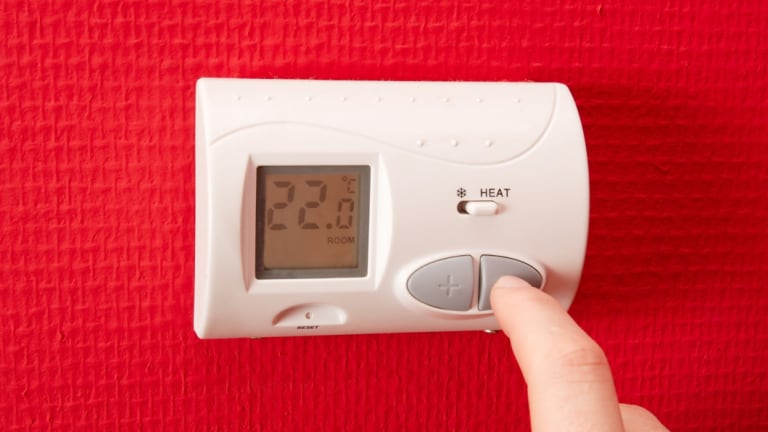 Your thermostat could be a placebo.

"Once people start playing with the [thermostat] buttons too much it can start to mess up the [air conditioning] system and chew up energy," Mr Wilkinson said.

The chief executive of an A/C control company that manages and installs units in commercial buildings said the only dummy thermostat he's seen was in a boardroom 20 years ago, but other placebos operate in the industry.

The Air Conditioning "boost" button promising to provide more air in an overloaded building is one, he said.

"Some days when there's less load on the building they might get more air, but most days they probably get a placebo effect because there is no extra air available," he said. "But nobody seems to complain."

The CEO, who declined to be named for commercial reasons, said a request to change an office standard temperature by two degrees may sometimes be met with a change of just half a degree.

"There's a reason for that. People don't realise how much a difference of 0.5 degrees actually makes," he said.

Australian Refrigeration Association (ARA) president Ian Tuena said in broad terms placebo buttons are not common in A/C units but they do exist in some hotels.

In America, air conditioning controls in many hotels do not work at all and thermostats on some models include a "placebo function".  With Fleta Page