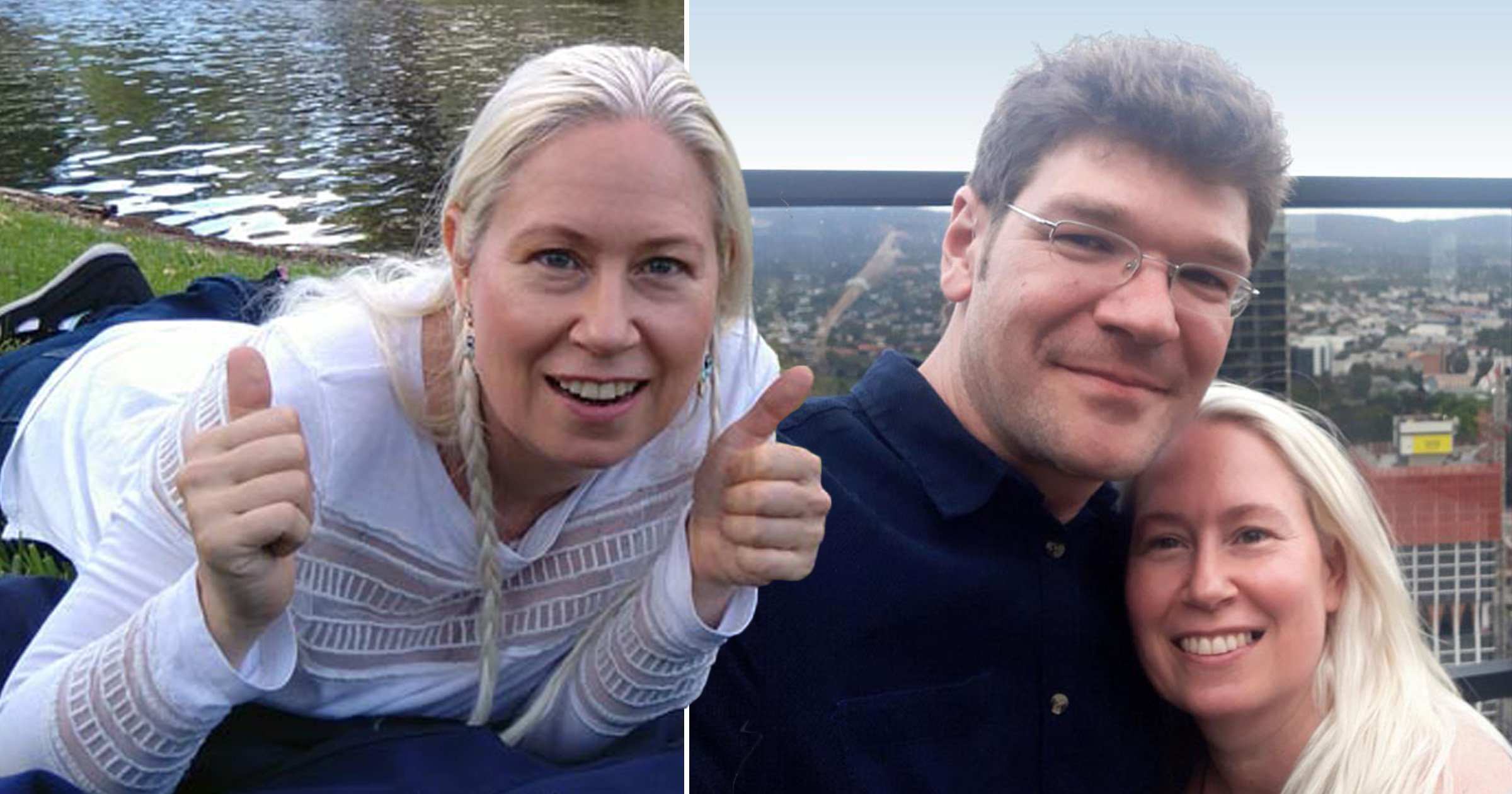 As in, more than the average Brit grumbling about the miserable weather.

This is because she believes low temperatures are to blame for everything from her debilitating health problems to the breakup of her marriage.

Now, having moved to Adelaide in South Australia, the mum says her life and health are so much better.

She said: ‘I have absolutely no regrets with the move. The climate has changed my life.’

Lydie’s rocky relationship with the cold began when she was born in Geneva, Switzerland, where January temperatures have been as low as -18.9°C.

As a child, she was plagued by recurring bronchitis, then irritable bowel syndrome (IBS), fibromyalgia, chronic fatigue syndrome, and frequent migraines.

Given ‘every treatment available’ for childhood bronchitis, Lydie would wake up constantly in the night, coughing and unable to breathe.

As she grew older, bloating, discomfort and stress were constants, along with frequent kidney infections.

Marrying in 2002 and having her daughter in March that year, Lydie then started suffering with migraines.

IBS followed, as well as fibromyalgia, which causes widespread pain and tiredness, and chronic fatigue syndrome.

Soon, Lydie began to believe that the cold climate was making her symptoms worse.

She said: ‘The most difficult thing was that my symptoms were all just generalised pain. I couldn’t work out what to do about it.

‘Often, I couldn’t even carry a handbag on my shoulder, because I would be in agony. Every little thing was amplified.

‘I started to realise that the cold was making things worse, as every time I went on holiday, where the climate was warmer, I’d feel so much better.

‘And when it was hot in the summer in Switzerland, my pain would reduce immensely.’

She did some further research and found that fibromyalgia sufferers who moved to hotter places reported an improvement in her symptoms.

So, she suggested a move to Australia to her husband, who wasn’t keen.

Eventually, in 2007, following a spell staying together in Lebanon, she and her daughter, Marylou, now 19, went to Australia – initially for a few months, but they never returned to Switzerland.

Lydie said: ‘My health desperately needed to be in a hot climate.

‘And once we arrived in Adelaide, free from the cold, I couldn’t dream of returning to Switzerland.

‘My marriage hadn’t been in a great place, but the cold climate finally ended it.’

At first working as a payroll officer and personal assistant at a bottle cap factory, Lydie went on to start her own business, working as an alternative holistic specialist.

She reckons there’s no chance she would have been able to do this had it not been for moving to warmer climes.

‘I still have good days and bad days, of course, but I dread to think what my health would be like if I was still stuck in Switzerland,’ Lydie said.

Lydie also credits the heat with helping her to find love.

Just over three years ago she met IT specialist Chris, 36, on a dating site she was using to find friends.

After six months of chatting online, the pair met IRL and – despite the age difference – they know they were a great match.

‘I feel like this move was predestined – like I was meant to end up here,’ Lydie said.

‘I still suffer from some pain but it’s very reduced compared with what it used to be like.

‘We’re very blessed to have the climate that we do in Adelaide.

‘Living here is the miracle cure I was looking for.’