No one was more surprised than me when I became teetotal in 2015. I loved a drink, and could always be counted on to keep the party going, even when the party was just me, my husband and our TV. People often ask me whether there's anything that I miss about booze. Here are some of the things I tell them. 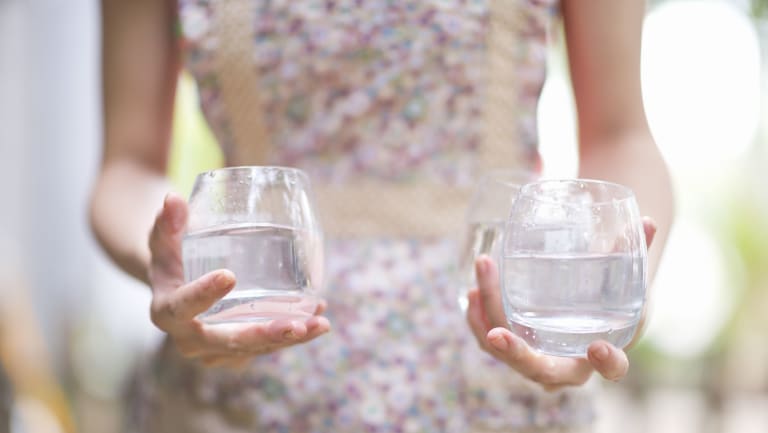 I’ve since realised that you can have some brilliant nights out sober.

Getting drunk together used to be my way of sealing the deal on a new friendship. When I stopped drinking, some friends were disappointed that they were losing a drinking buddy. But I've learnt that the friendships forged over piping hot cups of tea are just as strong.

A tough day at work and my kids driving me up the wall used to be fixed with a glass of sauv blanc. But while a drink appears to relieve stress, Drink Aware says that alcohol, a depressant, can make it harder to deal with.

Networking is easy when you've got a drink in your hand. It gives you something to grip when nervous, "Dutch courage" and, when your glass is empty, an excuse to move on from a stagnant conversation. Telling people you don't drink marks you out as a social pariah. I won't be a minority for long, though: the number of Australians abstaining from alcohol has risen significantly in the past 10 years, and 20 per cent of us are now teetotal.

The drinks menu at my local pub is 10 pages long. There are only three non-alcoholic options, and one of them is water. I miss turning up to pubs and restaurants and leafing through menus deciding what to drink. On the bright side, the non-alcoholic drinks market is surging, in part due to initiatives like Dry July, FebFast and Ocsober.

Weddings. Birthdays. Anniversaries. It doesn't seem to matter what the occasion, having a drink is the way to celebrate. When I stopped drinking, I found celebrations a little flat. But I've since realised that you can have some brilliant nights out sober. The best bit – I can remember every detail.

In the years since I lost my dad, having a beer (and a curry) on his birthday became my own little ritual. But several beers would leave me maudlin and weeping into my jalfrezi. Now on August 4, I drink a mocktail. Sometimes I still do get maudlin – but at least I know that it's my grief talking, not the booze.

I miss that instant holiday-in-a-bottle feeling that came from drinking cold beer in the sunshine. I don't miss the inevitable grogginess that comes from daytime drinking.

I used to love local bus tours taking us from vineyard to vineyard as we enjoyed the long, slow pickling that comes from sipping wine all day. I won't be going wine-tasting again – but perhaps there is a cheese-tasting weekend somewhere in my future.

9. Champagne on a random Thursday

The sound of a cork popping signifies good news and celebration. And so, opening a bottle of champagne on a random Thursday "just because" makes that Thursday feel special. A pot of tea just isn't the same. But Friday mornings are infinitely better.

I don't miss the headache and nausea that come from having one too many. But very occasionally, I do miss the lazy "write-off" of a day that would follow a big night out. But now, if I do decide to dedicate a Sunday to lounging around, I can do it without the irritability, anxiety and exhaustion caused by hangovers. And that's bliss.