From the outside, Perth boy Max de Beaux is a regular, happy and energetic six-year-old who loves the outdoors and dressing up as his favourite superhero Batman.

But despite his upbeat and brave exterior, Max’s body will soon fail him. 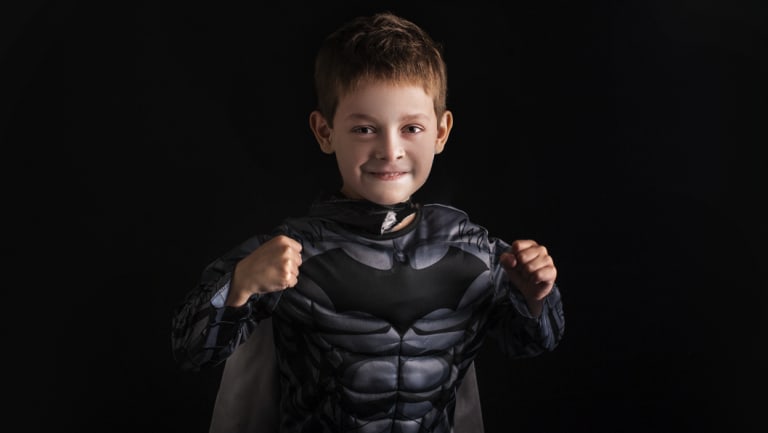 Just before his fifth birthday in March last year Max was diagnosed with stage 4 high-risk neuroblastoma, a rare and cruelly aggressive type of cancer that arises from specific nerve cells along the spinal cord.

After his diagnosis Max went through 16 months of treatment, including several crushing bouts of chemotherapy, an eight-hour surgery, 20 days of radiation and six months of immunotherapy.

But despite all this treatment and Max’s superhero-like determination and resolve, in June doctors found a new growth in his pelvic bone and his family were told there were no further treatment options.

“The day we found out was the worst day of our entire lives,” Max’s mum Sharvita said.

“Hearing that your child has cancer, there isn’t much that compares to it.

“The hardest part was trying to put yourself back together again, to go and face the same child who is lying in bed. He was going through so much but we had to be the strong ones for him.

“That’s pretty much was what it was like for the whole year. 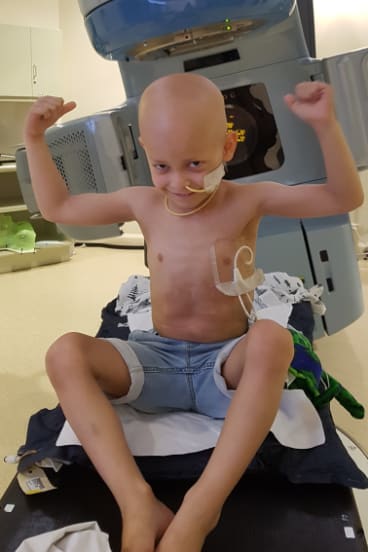 Max never let the gruelling treatments get the better of him.

“We went straight from diagnosis to his intense treatment, which started straight away. I think we had a couple of days and then it started, we didn’t have times to get our heads around it before starting the treatment.

“Within less than two weeks after he was diagnosed his hair was falling out.

“Even though each treatment was extremely difficult for him, Max bounced back after each round, with his famous smile and cheeky nature.”

While Max might be too young to fully comprehend the extent of his illness, it weighs on the family heavily.

“To see him right now you would never know because he’s running around happy and healthy, he’s not in any pain," Ms de Beaux said. "Our catch phrase at the moment is 'if you didn’t know you wouldn’t know'.”

“We know and we’re just watching. It’s like waiting for a time bomb.

While it might be too late for Max, his family, their amazing network of friends and Winthrop Primary School mates aren’t going to roll over to the disease willingly.

They are holding the charity event Soiree on the Swan at the Swan Yacht Club on October 19 to raise awareness and funds for Neuroblastoma Australia to research cures that will hopefully improve survival rates for children down the track.

“For parents those statistics mean nothing, its zero or 100 per cent,” she said.

“We know that so much more must be possible and the cure must be available.

“We need the funding for research because the only way children are treated now is they’re hit hard and fast with as much as they can because if it comes back they can’t treat it.

“They’re given absolutely everything and it’s awful for the kids.

“Funding and research is needed to reach the point that these precious children are not taken from us or made to suffer so intensely.”

For parents those statistics mean nothing, its zero or 100 per cent.

Soiree on the Swan organiser and family friend Alex Earnshaw floated the idea of a charity event after feeling helpless during Max’s treatment.

She said there was a desperate need for better treatments for neuroblastoma.

“We want to support improved treatment in children, improve treatment options and treatment outcomes and ultimately find a cure for neuroblastoma as well,” Ms Earnshaw said.

She said tickets to the soiree are still available. For those that couldn’t attend, Ms Earnshaw said they could still make a donation.

Tickets are available until October 14. To book a ticket click here. For more information about the event click here.