Good, mutually satisfying sex requires a bit of time and energy to get right. To have an emotionally, physically stimulating experience, you and your partner(s) are going to want to do what you can to shift yourselves into a sensual and sexual mindset — this is where foreplay comes in. Think of it as the time you’re dedicating to shifting from your day-to-day you (the one picking dirty clothes off the floor, harassing kids about homework and trying to balance zoom meetings) and the you in the bedroom. Or, if you’re about sports metaphors, foreplay is your warm-up—making sure you’re in peak condition before heading into the game. It’s a sweet liminal space that lets you full-body and mind turn yourself on for sex. So, yeah, foreplay matters (Plus, it’s fun and can make you and your partner feel appreciated and excited and all the good feelings you want out of sex).

But how can you perfect your foreplay technique? What if you feel silly and aren’t totally good at letting the pre-game play-out? SheKnows spoke with a few sex experts about their go-to advice for extremely good foreplay. Read on for their tips:

Treat it like an appetizer and always order one

Too often, couples forgo foreplay altogether and speed ahead to intercourse. And in doing so, they may be setting themselves up for failure. “The word ‘foreplay’ sounds like something subordinate, like an appetizer with intercourse as the main course,” says Dr. Susan Block, a sex therapist known as “Dr. Suzy” and the author of The Ten Commandments of Pleasure. “When it comes to eating, lots of people like to skip the appetizer. That’s fine for food, but skipping foreplay is rarely a good idea for sex. The right foreplay can send you from 0 to 1,000 on the horniness scale.” 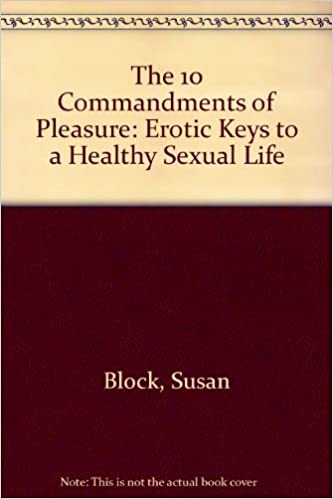 It’s a fact: Women typically need foreplay to have good sex. That’s a really good reason not to cut corners with it. “Foreplay is really important for most women because we tend to take a longer time to get into the mood,” Block says. “Usually it’s women who complain that men want to skip to the main course of intercourse, but often we need more time to open up. Foreplay helps lubrication flow and makes intercourse all the more pleasurable.”

Sensuality is the secret to great foreplay

“Sensuality is key — holding hands; nearness of heads on shoulders; caressing hair, arms, back and so on,” says Jeanette Raymond, Ph.D., a licensed couples therapist and the author of Now You Want Me, Now You Don’t!. “It builds up sexual tension and arousal.”

Now You Want Me, Now You Don't!: Fear of Intimacy

You should keep doing it during sex, not just before

Over time, she says, couples try to get more efficient with sex at the expense of satisfying foreplay. “Most people get lazy about it as a relationship progresses so that unfortunately there is a kind of efficiency that sets in: Let’s just get this orgasm accomplished,” explains Schwartz. “It’s so shortened that it takes a lot of pleasure away.”

Don’t ignore other parts of the body during foreplay

All too frequently, people tend to go right for the erogenous zones when they’re in bed. That’s nice, and all, but there are other parts of the body that shouldn’t be overlooked during sex and touching them helps build up excitement. “The biggest mistake people make with women is to jump to the genitals right away and ignore the face, the neck, the earlobes and just about anything else,” Schwartz says.

Raymond tells couples to “savor the whole body rather than just try to get arousal through kissing and then move to intercourse. The abruptness of it makes it feel like the foreplay was just a con!” She suggests learning where your partner’s erogenous zones are but then waiting a bit before doing anything with them. “Don’t shoot for them right away,” she says. “Allow the anticipation — like a tease.”

Communication is the key to good foreplay, say the experts, both beforehand and during the act itself.

“Talk about what you want out of bed,” Schwartz suggests. “Don’t sit there and try to be polite in the moment. Have a sexy conversation with your partner about what you like … when you’re not under the stress of excitement or worried about criticism or anything like that.” And keep talking about it; one chat won’t do it. “It takes checking in over time,” she says. “Just because something was effective as foreplay last night doesn’t mean the same thing will work tonight.” It’s also important to give your partner feedback in the moment, says Block. “During foreplay, it’s good to make sounds and say, ‘This feels good,’” she says.

And don’t be afraid to try new things or introduce toys (you can grab some here) or something that got one of you excited that you read about — this is a time for experimentation and exploration.

Think outside the box when it comes to what to do as foreplay. Even though most of us just focus on the “fooling around” part of it, there are other things that can serve as great foreplay too — whether it’s massage, dirty dancing, wearing a sexy outfit, doing a little striptease or just holding hands. “Flirting is a form of foreplay,” says Block. “And women universally enjoy massage. Receiving a shoulder massage might be just the foreplay we need to relax into sex.” Of course, other more obvious forms are almost always turn-ons for women too — especially oral sex, Block says. But don’t forget about all those enticing little tidbits that can put you in the mood too.

Bottom line: Foreplay is just as important as sex itself, if not more so, especially for women. So treat it that way!

“Most women need a lot of foreplay because we tend to be double-taskers and are doing a lot of things, so getting into the mood for sex isn’t as easy for us,” Block says. “When we’re thinking about the kids and the laundry, it’s good to have foreplay get us slowly and gradually into the mood.”

A version of this story was published May 2015.

Before you go, check out our 69 sex positions to try before you die: