A lot can happen in a year: more than 950 children aged under 18 will be diagnosed with cancer and some, like six-year-old Evie Weir will die of it. 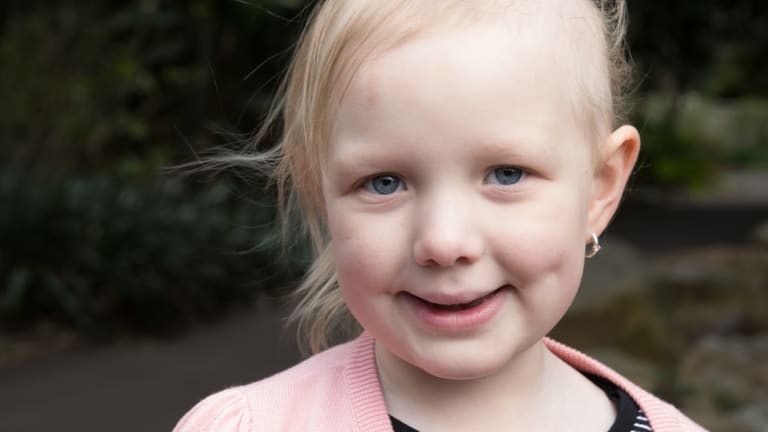 Since she was two, and her mother Sarah took her feverish daughter to hospital, Evie has undergone treatment for neuroblastoma. On December 19 she died having spent the majority of her life on the treadmill of  drugs, neurosurgery and chemotherapy in an attempt to beat the cancer which killed her.

This month's Childhood Cancer Awareness Month is aiming to focus on the 20 per cent of children diagnosed who don't make it; the statistic no one wants to face. Cancer is the biggest killer of Australian children by disease; more than 100 young people will die of it this year alone. Some types of child-specific cancer have less than a 50 per cent survival rate. 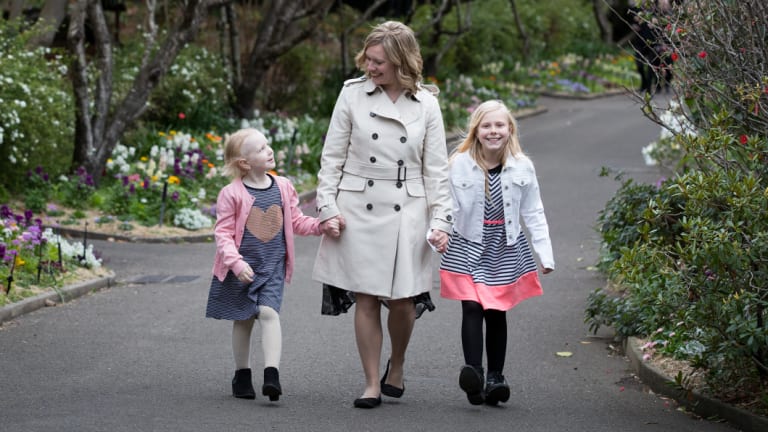 Sarah Weir with her daughters, Evie, 6, who died of cancer, and her sister, Alicia, 8, in Sydney last year.

To honour those who have died, and to highlight the urgent need for more research funding for childhood cancers, iconic buildings all over Australia will "go gold" today from 5pm until 8pm. From the Sydney Opera House, Sydney Cricket Ground and Luna Park, to Melbourne's Town Hall the gold illuminations and candlelight vigils will remember the children who have died from this dreadful disease, as well as raise money for research.

Founder of The Kids’ Cancer Project, former tour coach driver Col Reynolds,  took children on trips from the Children’s Hospital in Westmead while they were undergoing treatment. Now he has an ambition that within the next 25 years, no family will be afraid of the words ‘Your child has cancer’.

“This journey hasn’t stopped,” said Reynolds. “Whilst survival rates have improved, cancer still kills more Australian children, than any other disease, that is not OK. If we can save a child with research, we save a family.”

Throughout September, participants will be urged to wear gold ribbons, cook cupcakes for a cure and turn their social media profiles gold and share "golden moments"  to raise money and awareness for The Kids Cancer Project. Last year more than $300,000 was raised.