Model Robyn Lawley is rightfully pissed off. Despite adorning Sports Illustrated’s prestigious swimsuit edition and landing numerous high-profile campaigns including Ralph Lauren, the stunning Australian beauty is still regarded by the fashion industry as plus size and too big for the catwalk – and she’s not going to take it anymore.

At 6 foot 2 (187cm) and a size 12, Lawley says she is considered unworthy for runway work which requires models being size zero – an impossibility for most without reaching starvation levels. And as a mother to a three year-old daughter, Ripley, Lawley refuses to allow another generation young women to believe in this insidious representation of a beauty ideal.

This week, the 29 year-old launched a global petition for women to boycott Victoria’s Secret following the legendary lingerie label’s failure to ever cast even one curvy model in its annual show. 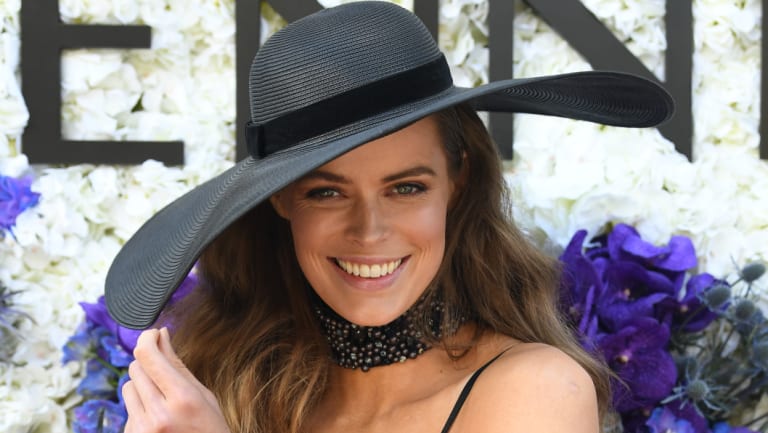 Australian supermodel Robyn Lawley is leading the charge against unhealthy body sizes on the catwalk.

“I’ve felt like s … every year looking at that show,” Lawley said. “I shouldn’t have to feel that way. Ripley is going to have my body shape and my body size, it’s already (genetically) set and she’s three. The fact that it affected me so much growing up and we are all compared to what is deemed ‘perfection,’ I don’t want her to have to experience that.”

Well, as someone who worked in glossy magazines for many years, I can only say, “hear, hear and sign me up!”, because I have witnessed many catwalk-size models close-up and have been horrified to see just how unhealthy these girls are.

I will never forget the first time, when a young girl came in to the office for a casting. I happened to walk in to the fashion department while she was changing and audibly gasped. She was painfully pale – to the point where she looked a sickly shade of lilac and appeared malnourished. Her ribs protruded, her collar bone was like a cattle yoke on her tiny frame and her skin was blotchy and covered in a thin layer of fine hair (I later discovered hirsutism is an effect of the body in starvation mode trying to keep warm). The only time I had seen such emaciation before was in photos from concentration camps during World War II.

I am not exaggerating here. In 2016, a Danish industry group surveyed 3000 models employed at every prominent agency in the world, and calculated their BMI. Only 75 of the 3000 models surveyed had a "healthy" BMI, which is considered to range between 18.5 and 25, the group found. None had a BMI over 21, meaning 94 per cent of models are regarded as “dangerously underweight”.

Instead, the average model stands 177cm, weighs about 54kg and has an average BMI of 17.3 – an obscene situation considering the World Health Organization classifies anyone with a BMI under 18.5 as malnourished.

This means Victoria’s Secret’s Alessandra Ambrosio and most other models who are revered today as images of perfection are actually starving. Role models? I don’t think so. This is what the industry demands.

Last year, France enacted a law banning runway models whose BMI is below 18.5 which followed a California state Assemblyman Marc Levine proposing in 2016 a bill that requires models in his state to get a doctor’s certificate stating they are healthy. In Australia, sadly no such laws have been enacted.

Lawley has discussed punished her body for years trying to reach an acceptable size before embracing her curves and putting health before weight. “Even at my lightest, I just couldn't get there," she explained. "I genuinely really tried. I was counting calories, I was taking diet pills, I was dabbling in starvation,” she said. “I thought you had to be skinny to be beautiful. And I thought I would never be beautiful at this size.”

It’s no wonder the Butterfly Foundation, which supports those with eating disorders and body image issues, estimates a million Australians currently suffer from eating disorders – and the numbers are only increasing.

More than 50 models have been cast to walk in this year’s annual Victoria’s Secret show on November 8, which will be seen by more than 500 million people across 158 countries. Yet, in its 23-year history, a curvy or in fashion speak ‘plus size’ model has never been used.

“Where’s the inclusivity? Where’s the diversity? The perfection is intense,” Lawley said. “I want actual cellulite on a catwalk, I want girls to be relatable. Women want to see diversity. I want to see women like me. Women are beautiful at different sizes, short or tall. We’re the ones who are buying the products so put your money where your mouth is.”

I can tell you where I won’t be buying my undies until healthy women are seen modelling them from now on. And I hope any woman with a daughter will follow Lawley’s example and let young girls know you don’t have to be sick to be chic.