A rare fungal infection known as black fungus is spreading out of control and alarming doctors in India as the country battles to control soaring coronavirus cases which are overwhelming hospitals. The new fungus has now been found in nine Indian states stretching from the north to the south of the South Asian country. It is a life-threatening infection with a mortality rate of around 46 percent among people with sinus infections and 96 percent if the disease has spread.

India’s WION news channel told viewers that the new fungus outbreak is “increasingly becoming a challenge” which could “shape India’s pandemic strategy in the days to come”.

They reported: “It’s a rare and deadly fungal infection is being reported in several (nine) in India, mostly in post-covid patients.

“People who have survived the virus now face a new battle.”

The station reported how Indian “doctors say there is nothing to panic about” despite the Centre for Disease Control and Prevention labelling the condition “a life-threatening infection with a mortality rate between 46 percent among people with sinus infections and 96 percent with spread disease.”

JUST IN: Boris Johnson drags Nicola Sturgeon into inquiry as FM’s Covid failings to be made public 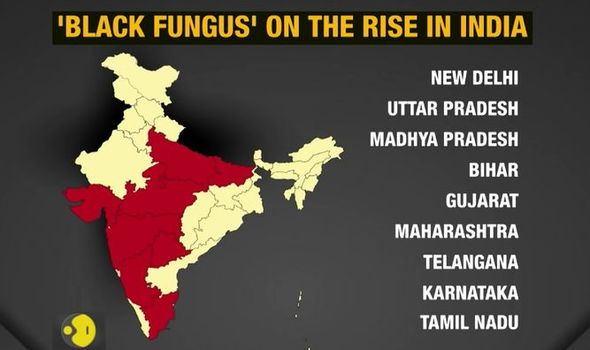 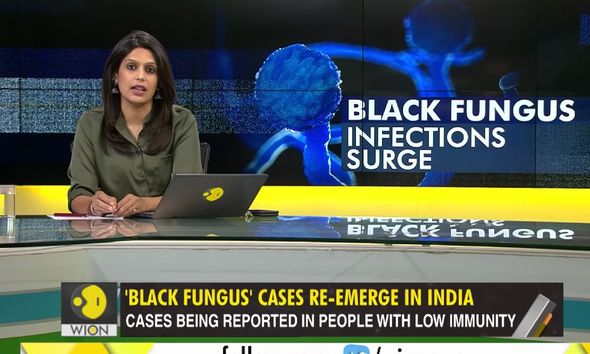 The “black fungus” is known as mucormycosis and is usually most dangerous in patients whose immune systems are weakened by other infections like COVID-19.

The terrifying fungal disease can lead to blackening or discolouration over the nose, blurred or double vision, chest pain, breathing difficulties and coughing blood, which is strongly linked to diabetes.

Diabetes can be made worse by the steroids such as dexamethasone, used to treat severe Coronavirus cases, which could lead to rising levels of “black fungus”.

Speaking to AFP earlier a member of India’s coronavirus taskforce said: “The cases of mucormycosis infection in COVID-19 patients post-recovery is nearly four to five times than those reported before the pandemic.” 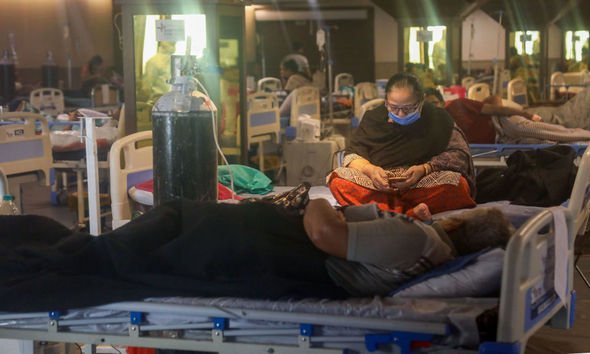 Cases have been reported in a string of hospitals from the north to the south of India.

But earlier a British professor made a concerning admission to Reuters News agency about the spread of the disease abroad.

David Denning, a professor at Manchester University and an expert at the Global Action Fund for Fungal Infections charity, said: “There have been cases reported in several other countries – including the UK.”

He added how the USA, France, Austria, Brazil and Mexico have all reported cases but “the volume is much bigger in India.” 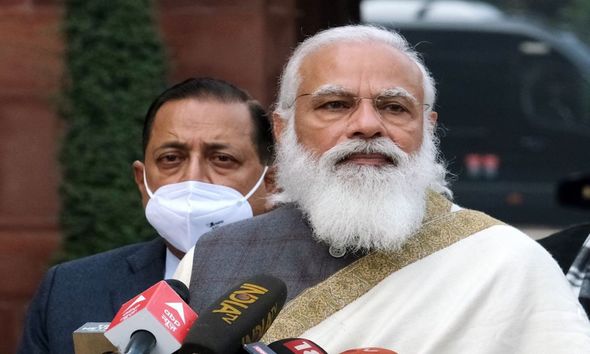 Mucormycosis, also known as “black fungus,” is caused by a group of molds called mucormycetes, which tend to live in soil and decaying organic matter, according to the Centers for Disease Control and Prevention.

The Indian Council of Medical Research (ICMR), a branch of the Indian government, said at the weekend that doctors treating COVID-19 patients, diabetics and those with weak immune systems should watch out for early symptoms including sinus pain or nasal blockage on one side of the face, one-sided headache, swelling or numbness, toothache and loosening of teeth.

The news of the deadly fungal infection comes after a surge in infections across India which has now reported a further 348,000 infections in the last 24-hours.

The country has now hit a devastating 254,000 total deaths from the virus.