Announcing his new role as Chief Impact Officer at mental health startup BetterUp, Prince Harry took some time to talk about his mental health journey — from his time growing up as a member of the royal family, the impact of his mother’s death and his time in the military, he says that he’s cultivated a deeper understanding of what it means to take care of your mental health. 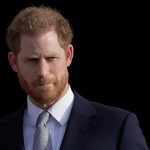 “What I’ve learned in my own life is the power of transforming pain into purpose,” Harry wrote in a blogpost announcing his role at BetterUp. “During my decade in the military, I learned that we don’t just need to build physical resilience, but also mental resilience. And in the years since, my understanding of what resilience means — and how we can build it — has been shaped by the thousands of people and experts I’ve been fortunate to meet and learn from.”

He also shared how he has used the counseling services himself — and made them available to his team at Archewell — and realized that working with a coach has helped him better cultivate and nurture that mental resilience.

“I’ve personally found working with a BetterUp coach to be invaluable. I was matched with a truly awesome coach who has given me sound advice and a fresh perspective. And because we believe in strengthening our own mental fitness, our entire Archewell team also has access to BetterUp coaching.”

Harry has been previously pretty forthcoming about his experiences with mental health issues and his time going to therapy. In 2017, he shared with The Telegraph’s Bryony Gordon on her podcast Mad World how his mother’s tragic and sudden death and the public nature of how he was raised led to him ultimately seeking mental healthcare.

“I can safely say that losing my mom at the age of 12 and therefore shutting down all of my emotions for the last 20 years has had a quite serious effect on not only my personal life but also my work as well,” he said. “And it was only three years ago, funny enough, from the support around, and my brother and other people saying, ‘You really need to deal with this. It’s not normal to think that nothing has affected you.’”

He added that, once he got into therapy and started to talk about his experiences he realized exactly how not alone he was: “The experience that I have is that once you start talking about it, you suddenly realize that actually you’re part of quite a big club, and everybody’s gagging to talk about it.”

Before you go, here’s a few mental health apps that affordable and useful for looking after your brains: