Just a few years ago, you automatically received a straw with any cold takeaway drink and probably didn't think twice about it. No longer. In the United States, Seattle is the latest city to join at least a dozen others in banning plastic straws. McDonald's in the United Kingdom and KFC in Singapore have also served their final straws. In Victoria, the Greens are calling for a ban on all single-use straws. 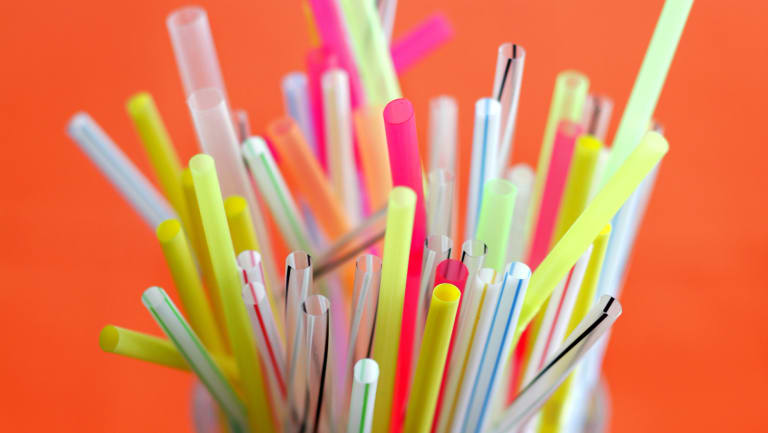 A recent report by the World Economic Forum projects that by the year 2050, the plastic in our oceans will outweigh the fish.

Governments and companies are taking this action because of the staggering volume of waste generated by something most people don't need: an estimated 7.5 percent of plastic in the environment comes from straws and stirrers, according to an analysis by a group of pollution research nonprofits called Better Alternatives Now, which based its results on trash collected by volunteers around the world. A recent report by the World Economic Forum projects that by the year 2050, the plastic in our oceans will outweigh the fish.

If that's not persuasive enough, there are lesser-known, health-related reasons to ditch the little plastic tube. Here are some of the concerns.

Cavities: Drinking sugary or acidic beverages through a straw can increase the likelihood of cavities. Straws send a concentrated stream of liquid toward a small area of the teeth, which can erode enamel and cause tooth decay.

Chemicals: Most single-use plastic straws are made from polypropylene, a type of plastic commonly made from petroleum. Polypropylene is thought to be food-safe in amounts approved by the Food and Drug Administration. But there is evidence that chemicals from polypropylene can leach into liquids and may release compounds that could affect estrogen levels, especially when exposed to heat, acidic beverages or UV light.

More established is the fact that degraded plastics found in the ocean are ingested by marine wildlife, making their way up the food chain and perhaps winding up at the dinner table. So not only can plastics harm animals in the environment – think about the sea turtle with the straw up its nostril – but bits of them, and the toxic chemicals within, may hurt us all.

Wrinkles: On a lighter note, regular use of straws can also lead to the same wrinkles that smokers get around their mouths. These "pucker lines" could persuade the masses to stop using straws.

Excess sugar and alcohol consumption: It's been argued that sipping liquids such as soft drinks through a straw could contribute to excess sugar intake. The thought is that straws cause you to gulp down a greater volume of liquid more quickly than drinking from a glass or cup. Plus, people aren't very accurate about estimating how much liquid they're taking in, especially if they're distracted by a movie or smartphone screen. Blaming a straw for excess sugar consumption is like blaming a fork for weight gain. I suggest it's less the delivery mechanism and more what's at the other end of it that's to blame.

A caveat: For environmental reasons and because of the health implications, I'd be in favor of phasing out straws – with a caveat. They should still be available to people with disabilities who really need them. Offering plastic straws by request, as is done in some places, would permit only those who really need them to have access.