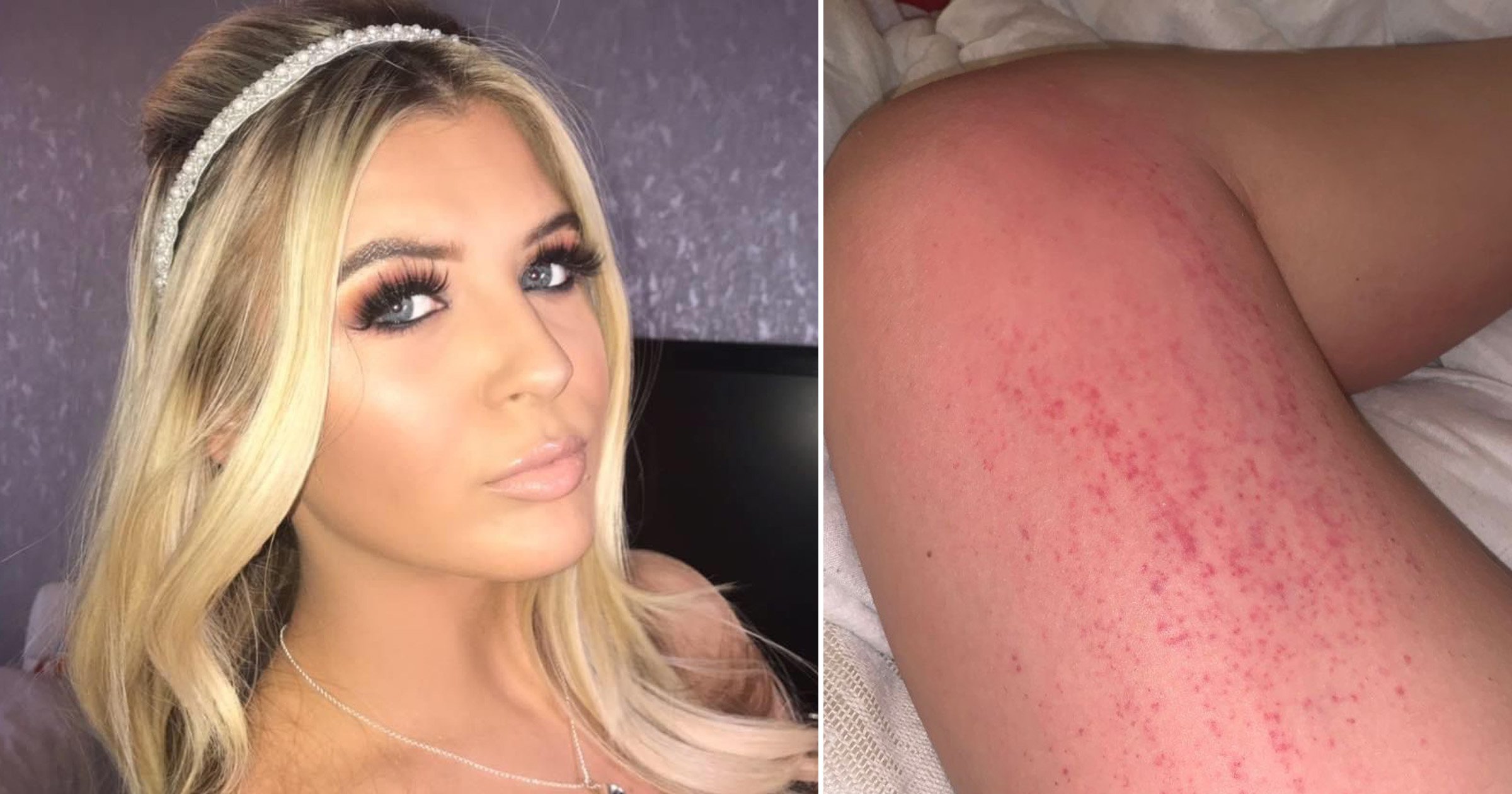 When April Grierson first contacted her GP in June 2021 for itchy skin, doctors believed her condition might be scabies.

But a few months later a lump appeared on her neck.

The 20-year-old was soon referred to hospital, where her diagnosis took a more sinister turn.

In November, April was diagnosed with Hodgkin’s lymphoma – a type of blood cancer.

When the itching first started, April thought it might be down to her washing powder, but when swapping brands made no difference to her symptoms she knew it was time to seek professional advice.

The 20-year-old tells Jam Press: ‘At first I was trying to work out what I was allergic to. My skin itched day and night from my head to my feet. I was tearing at my skin.

‘I couldn’t sleep and I was making myself bleed, I was red raw.

‘I had this sense that something was wrong. I’d even told my mum I thought I had cancer but she put that down to me feeling so anxious.

‘It turns out I was right and I’m so glad I kept going back to the doctors. I knew my own body.’

After several telephone consultations with a GP, April was given creams and tablets to treat scabies.

But April had a feeling this wasn’t the case – due to the highly contagious nature of scabies and the fact her boyfriend hadn’t caught it.

She adds: ‘I couldn’t get a face-to-face appointment because of Covid so I kept sending more pictures but the doctors said I had no rash or distinctive skin marks for them to make a diagnosis.’

But in October, the 20-year-old found a lump in her neck that was growing quickly, so she was referred to a specialist head and neck centre.

Following blood tests, CT scans and a biopsy, April was diagnosed with blood cancer and a tumour on her neck.

April’s boyfriend, 23-year-old Sean O’Flaherty, had been waiting in the car during the four-hour appointment – but was allowed inside when she was told the news.

‘I knew as soon as Sean was allowed in that it was cancer,’ she explains.

‘I was so scared and just cried and cried.

‘I couldn’t believe I had to drive home and tell my parents I had cancer. I was devastated.’

Now she needs weekly chemotherapy cycles to kill the cancer that has spread from a lymph node in her neck to her chest and around her windpipe.

Before April started chemo, she underwent egg retrieval in case her future fertility was affected – but she suffered complications.

The fertility drugs used caused ovarian hyperstimulation syndrome (OHSS), which made her ovaries swell and leak fluid into her body.

As a result, April was in hospital for two weeks with fluid on her lungs.

But medics were able to retrieve seven eggs and four embryos.

April recently took to TikTok to share her story, in the hope that it will encourage others to trust their instincts.

She continues: ‘I’m raising awareness for everything I’m going through because I want people to know they know their body best.

‘If my story helps one person to push for an appointment and listen to their body then I’ll be glad.’