Lung cancer is one of the most serious types of cancer to be diagnosed, as it’s usually difficult to spot until it has spread to other parts of the body. You could be at risk of the disease if you develop a subtle pain on your shoulder, it’s been revealed.

But, one of the key warning signs of the disease is developing shoulder pain. 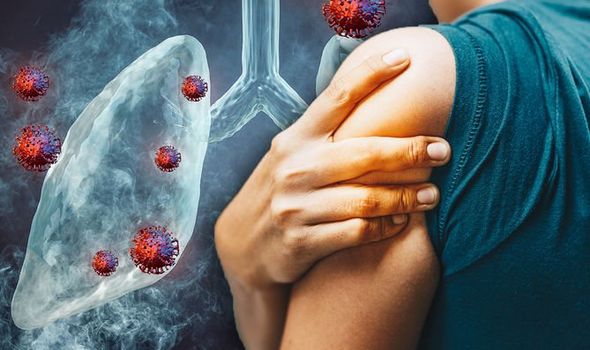 When lung cancer spreads to other parts of the body, including the bones and lymph nodes.

As a result of the cancer spreading, it can directly lead to shoulder pain.

The pain may radiate down the arm toward the hands, and some patients experience a numb tingling sensation.

But, just because you develop shoulder pain, it doesn’t necessarily mean that you have lung cancer.

“Less frequently, shoulder pain can be a symptom of lung cancer.

“Although shoulder pain is not a common symptom of lung cancer, any persistent, unexplained pain warrants a visit to a doctor for further investigation.

“Some people with cancer-related shoulder pain experience pain in the arms that radiates down to the hands. Numbness and tingling may sometimes occur alongside the pain.” 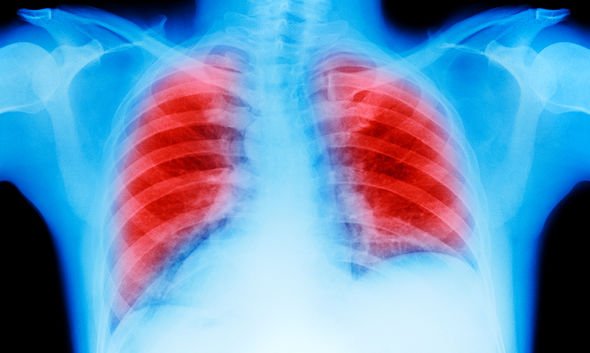 Shoulder pain can usually be treated at home by yourself, but you should speak to a doctor if it doesn’t go away after two weeks.

It could be caused by a number of conditions, including arthritis, tendonitis, a dislocated shoulder, or torn ligaments.

Staying active, and doing exercises for your shoulders could help to relieve the pain.

Painkillers, including paracetamol and ibuprofen, may also reduce some of the discomfort.

The outlook for lung cancer isn’t as good as other types of cancer.

That’s because the symptoms are usually only spotted in its later stages.