When their marriage fell apart, the most contentious issue between Ruby Torres and John Joseph Terrell was the fate of their frozen embryos. There were seven in storage, created with her eggs and his sperm before Torres underwent chemotherapy and radiation treatment for breast cancer.

Torres, 37, wanted to use the embryos to have a baby. In divorce proceedings, she told the judge that the embryos probably represented her only chance to have biological children. Terrell protested that he had no interest in having a child with Torres.

With the number of frozen embryos in the United States soaring into the millions, disputes over who owns them are also on the rise. Judges have often – but not always – ruled in favour of the person who does not want the embryos used, sometimes ordering them destroyed, following the theory that no one should be forced to become a parent.

Arizona, however, is taking the opposite approach. Under a first-in-the-nation law that went into effect on July 1, custody of disputed embryos must be given to the party who intends to help them "develop to birth".

"Most people believe that frozen embryos should have a chance at life," state senator Nancy Barto, a Phoenix Republican, said in introducing the bill inspired by Torres' case.

The legislation could dramatically alter the practice of fertility medicine, as well as the debate over when life begins. It is already fuelling an argument by some conservative groups that frozen embryos are not mere tissue over which people may exercise ownership rights but human beings who should be accorded rights of their own.

The Thomas More Society, an anti-abortion group, is assisting in cases across the nation, asking judges to consider the embryos "children" and to make decisions based on their best interest. The society argues that a person who creates an embryo in preparation for in vitro fertilisation has "voluntarily exercised his procreational rights" and that the resulting embryos "cannot be legally terminated at the whim of others". 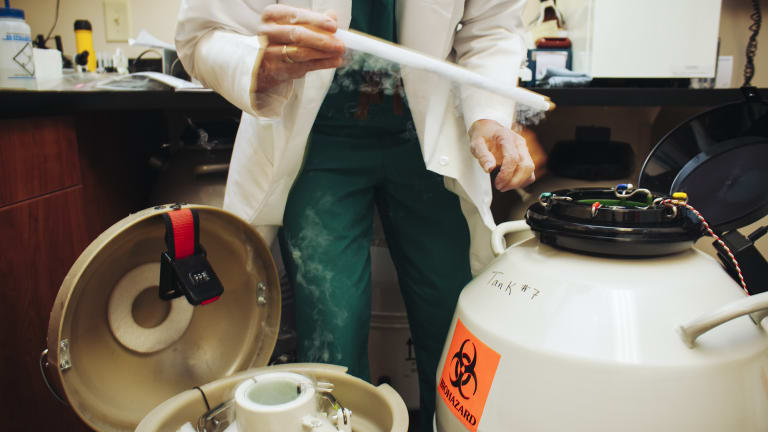 Rich Vaughn, chair of the American Bar Association's committee on fertility technology and founder of the International Fertility Law Group, called the legislation "flawed" and said it could have potentially disastrous consequences for reproductive freedom and personal choice.

"The new law is in fact an end-around aimed at establishing the 'personhood' of unborn embryos," which is an important goal of anti-abortion campaigners, he said.

Many other health, patient-advocacy and legal organisations have expressed similar views. In a letter to the Arizona House of Representatives, Barbara Collura, president of the national infertility group Resolve, wrote that it could be "exceedingly painful" to have children born against one's wishes.

Judges in numerous states, including Massachusetts, Tennessee, New Jersey and California, have been swayed by that argument. 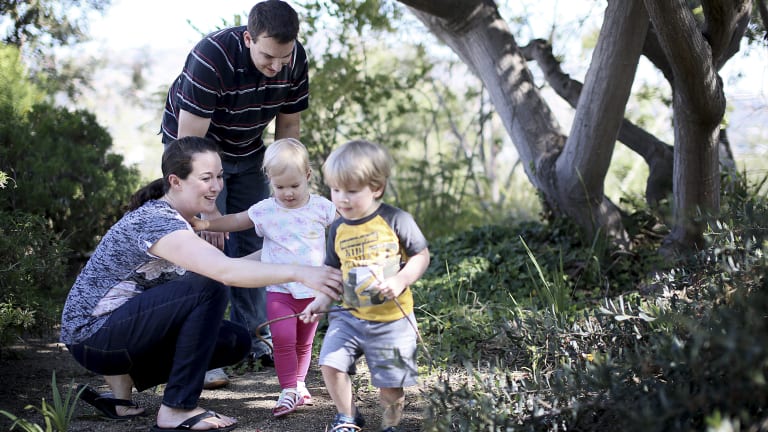 Adrienne, left, who became pregnant with boy-girl twins after an embryo transfer at California Conceptions from shared embryos with the same genetic parents, with her husband, Kevin, at their home near San Diego in 2015.

When Mimi Lee and Silicon Valley investment executive Stephen Findley split in 2013, they argued bitterly about what to do with the five embryos they had created. Lee, a Harvard-educated doctor and musician, wanted to use them, arguing that she had been treated for cancer and was unlikely to be able to have children any other way.

Findley refused, arguing that he would feel obliged to participate in the resulting child's life and that he feared "18 years of interaction" with his ex-wife.

California Superior Court judge Anne-Christine Massullo ruled in November 2015 that the embryos should be destroyed.

In Colorado, Mandy and Drake Rooks are fighting over six embryos. Mandy Rooks wants them preserved for future use, while Drake wants them to be discarded. After a lower court ruled in favour of Drake Rooks, Mandy Rooks appealed. The state Supreme Court heard oral arguments in January focused on balancing the procreative rights of the two, and a decision is expected later this year. 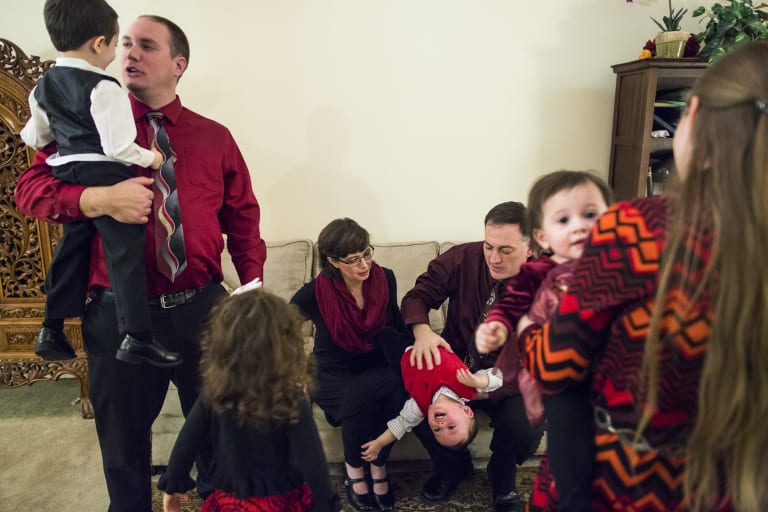 Decisions in other major cases have gone in different directions. In Illinois and Pennsylvania, embryos have been awarded to women because they could otherwise not reproduce. In others, embryos have been ordered to be donated to research or to remain frozen indefinitely until a time when there is "mutual agreement".

Many of these disputes, including the Rooks case, have become entangled in the stormy politics of abortion. Attorneys claim the right not to procreate is protected by the Constitution, citing Roe v Wade and rulings that protect people's access to contraception. With conflicting rulings in various states, many predict the issue will ultimately be decided by the US Supreme Court.

In the Arizona case, Torres offered every concession she could think of: She said Terrell would not bear any responsibility for the child, financial or otherwise. But if he wanted to be an active parent, she would accommodate that, too. At one point, she even suggested that she could pay him for use of the embryos, offering to turn over her entire retirement account. 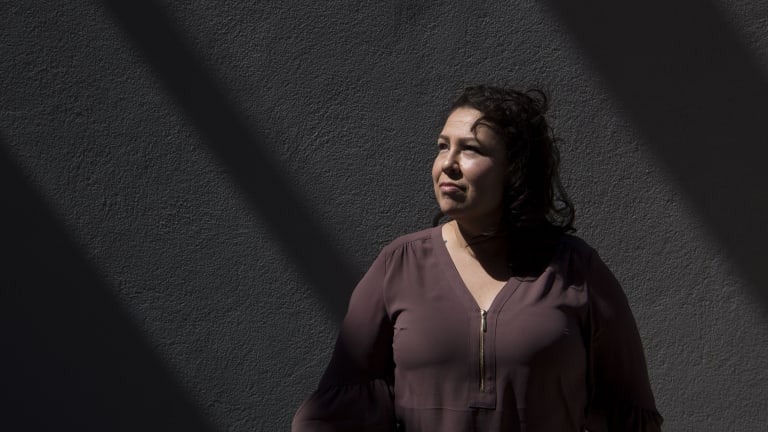 Ruby Torres could not bear her own baby, a judge ruled, but a stranger could.

"I offered anything and everything he could possibly want," Torres said in the recent interview.

Terrell was resolute. "It's like a ticking time bomb," he said in court, because of "child support or that child when coming of age coming for me."

And so, in August, the judge made the decision for them. She said Torres had no right to use the embryos. But, in a surprising twist, the judge said they should not be destroyed. Instead, they should be put up for donation.

Torres could not bear her own baby – but a stranger could.

She was shocked by the order. "So both of us would have a child out there," she said. "We just wouldn't be raising the child, and 18 years down the road if she or he wanted to find us he or she can and probably will."

Torres is appealing the decision. Oral arguments were made in June, and a ruling is expected any day.

News of the controversial ruling soon reached the Arizona legislature. Barto said she wanted to help people in Torres' situation.

But the state senator also recognised the rights of those who don't want their embryos used. The bill provided a resolution to the possibly messy financial obligations by providing that they would not be liable for child support.

The Arizona legislature made quick work of the bill. The Senate passed it 18-12 in February, the House 33-25 in March. It was signed into law on April 3.

The law cannot be applied retroactively and therefore should not directly affect the Torres case.

But she supports the law and hopes her court case will set a precedent for future disputes, saying she is "trying to make changes for somebody else … There may be hope for somebody who is younger than me."

The Supreme Court will allow absentee ballots in North Carolina to be received and counted up to nine days after Election Day, in a win…