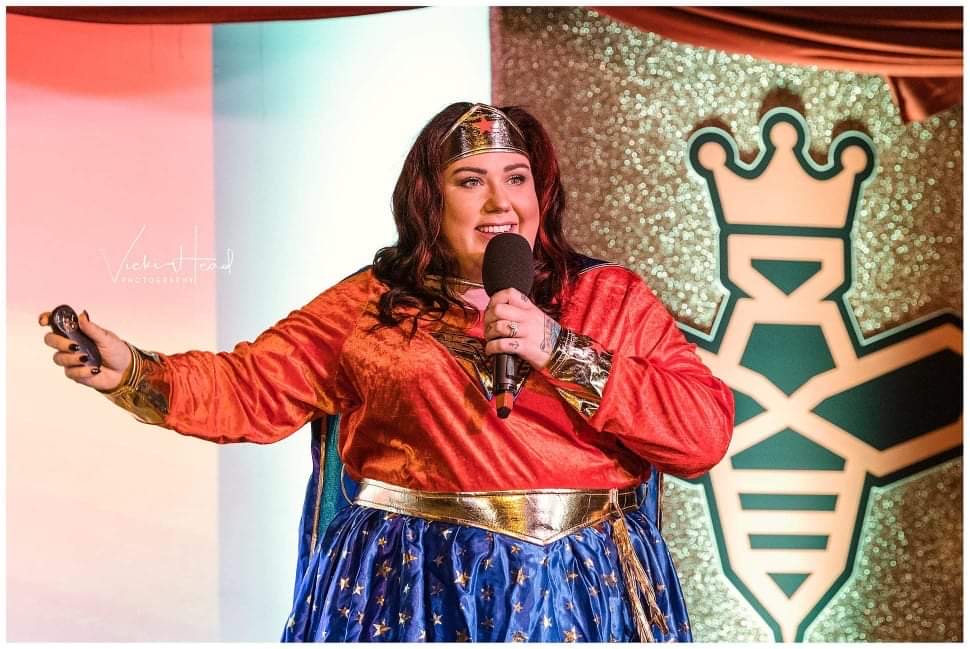 ‘Mrs Wallace, we regret to inform you that we are unable to offer you life insurance based on the results of your recent medical tests.’

I had spent the past 10 years clawing my way back from the despair of being homeless and surviving domestic abuse to creating a business that was not only changing people’s lives but enabling me and my family to create the stability and security we deserved.

And now, I was finding out that, because of the results of weight, BMI and blood tests, my body was considered a liability so great that no insurance company would provide me with enough cover to protect any of it.

Should anything happen to me, my children would be right back where we started: with absolutely nothing.

The risk was such that the insurance company implored me to speak with my doctor as soon as possible to investigate the findings further. I was petrified about what the meeting would uncover.

On reflection, I had been feeling fatigued and breathless but was too scared to consider anything other than just being overworked and stressed.

This was obviously much more dangerous than I was leading myself to believe. I needed to do something fast. I couldn’t bear the thought of waiting around for anything bad to happen.

I’d considered bariatric – otherwise known as gastric band – surgery before but decided it was too drastic before now.

This was definitely enough to scare me into taking action and that action was to have the surgery.

My weight in terms of my size was not something that had been a priority for me for a long time.

In fact, I had spent so long learning to love and accept my body and rid myself of the inherent fatphobia that society impresses upon us that contending with the idea I needed to change my body, and quick, felt strange. It flew in the face of the progress I had made with regards to my own body acceptance.

I was a 38-year-old, size 24 woman, who weighed 19 and a half stone. Loving our bodies is not something we – particularly women – are conditioned to do, especially when we are considered plus-sized or ‘overweight’.

To have embraced my size, and show up in the world unapologetically, had taken a considerable amount of work.

Growing up, I was never overweight; in fact, as I spent a lot of my late teens and early twenties singing and dancing all over the world, I’d always maintained a relatively average size.

My relationship with my health, particularly with food, drink and exercise started to decline after experiencing a series of relationship breakdowns, domestic abuse and homelessness. I had been doing my best to survive and it was hard to focus on anything but keeping my head above water.

When I first began to put on weight, I was ashamed and would dread bumping into people who knew me prior. I was called names in the street and online. My exes had used the fact that I had gained weight as a way to control me.

My work as a motivational speaker and author means that I encourage people to take up space and love themselves as they are. I find the way we, as a society, treat marginalised bodies abhorrent and diet culture incredibly damaging, yet here I was finding myself in a position that I was going to have to, in my case, very publically, lose weight.

There was no hiding this from people around me and this felt scary. What if people thought I was a hypocrite?

I didn’t want to be forced to lose weight: I’m a grown woman with full autonomy over her body. However, after meeting with my doctors, and having had further scans and tests, it became clear that my health, in fact, my very life, was at risk.

I was told that I was suffering from several health issues directly related to my weight. These included Stage 3 fatty liver disease, high cholesterol, and heart and breathing problems – not to mention increasing issues with my joints and overall mobility.

As my doctor wrote a prescription for angina and cholesterol medication, he said to me: ‘I don’t mean to worry you, but you will need to make some drastic life changes to improve your health and life expectancy. The issues you have are silent killers.’

I realised that there was no other choice to be made here – I needed to find a way to overcome this issue, without compromising on how I felt about myself.

I began research into obesity, its causes and how to combat it. As many people who are obese are aware, I knew that it wasn’t as simple as moving more and eating less.

With the help of books such as Why We Eat (Too Much) by Dr Andrew Jenkinson and The Obesity Code by Jason Fung, I began to learn about the hormones involved with weight loss and weight gain, and ways in which I could use this understanding to my advantage.

Time was really of the essence and after a lot of soul searching, I felt surgery was my best option.

Bariatric surgery, although drastic for most, is a proven way to combat this issue as it directly impacts the hormonal aspect of weight gain, retention and loss in a way that is relatively quick.

The procedure I chose was a gastric sleeve. It is performed by keyhole surgery under general anaesthetic and results in the removal of 80% of the stomach leaving only a small pouch to receive food. The volume of food that you can eat is significantly reduced and it is a lifelong change.

You’ll notice that I said quick and not easy. As I write this, I am three weeks post-surgery and it has been far from straightforward.

After deciding that it was the right option for me, I looked at lots of surgeons and clinics, both in the UK and abroad. I found that Turkey, particularly, had specialist hospitals in this field that were having fantastic results. They came highly recommended and were a fraction of the price, in comparison to the UK. I paid £3000 for the surgery while in the UK you can pay between £9000 and £14000 depending on where you live.

The surgery is available on the NHS but the waiting time can be anywhere up to four years and personally, I did not want to add to the strain of an already struggling healthcare system. This was my problem and I was going to sort it.

Even though I knew that my body was about to change dramatically, keeping the spirit of truly loving myself as I went through this process was really important to me.

I wanted to approach my decisions in celebration of myself. My body, after all, has got me through the darkest of times and I wanted to take a moment to appreciate it before it changed forever.

With that in mind, prior to my surgery, I got in touch with some artists and photographers, to ask their opinion on the different ways I could document and celebrate my journey, both before and after surgery.

I finally decided to have a body cast made by an artist who specialises in resin and plaster casting, as well as a boudoir shoot, where I would be photographed in my underwear.

I wanted to prove to myself that my body can still be sexy, whatever size it is.

I drove 215 miles to Slough all the way from Preston and did the shoot and the casting on the same day, just two weeks before I flew out to Turkey.

Standing in my underwear for the photographs and later completely naked in the case of the body casting, I felt like I was taking back control of my body.

It was really emotional looking at the beautiful shots when they came back, and seeing the cast as it went through the stages of completion. Ian, the artist from Life Body Casting, sent me photos as the cast progressed.

It was finished in gold lacquer and was just breathtaking. Seeing my body as a work of art was so empowering.

My family and friends were scared at the prospect of me getting surgery, especially abroad. But I trusted the team that I had chosen and so, I flew out to a clinic in Istanbul on the 27 December, just two days before my birthday. I cried as the plane took off, suddenly worrying about dying or that I’d made the wrong decision.

My friend, who had joined for moral support, and I arrived at Istanbul Airport and were picked up by the hospital staff and taken to the hospital.

I was impressed with the hospital, the staff were lovely and my room was spacious and comfortable. I was taken for my pre-operative tests including chest x-rays, a full abdominal ultrasound, bloodwork and height and weight checks.

I settled down for the evening and tried to get some sleep.

At 6am the following morning, I was woken up for my final checks and the doctors went through the results of my pre-op and informed me that I would be going down to theatre around 10am.

The surgery took just 45 minutes and before I knew it I was gently brought round by the nursing staff.

I felt such relief when I woke up and knew everything was going to be OK.

The first two days were pretty uncomfortable but the team made sure that I had plenty of pain medication.

Once my drains were removed, my incisions inspected and I’d met a dietician for training on my diet going forward, I was discharged to recover in comfort at a local hotel.

Gastric surgery requires a phased return to eating solid food and I definitely have a newfound appreciation for what I eat.

At the time of writing this, my blood pressure has returned to normal, I have lost two stone, I’m sleeping well and feel like I have a new lease of life.

Connecting with myself by documenting where I was pre-surgery helped me see the importance of loving myself at every stage of my life, and incentivised me to continue doing so proactively and intentionally, rather than merely accepting this is what I am.

You can find out more about Dani and her work here.