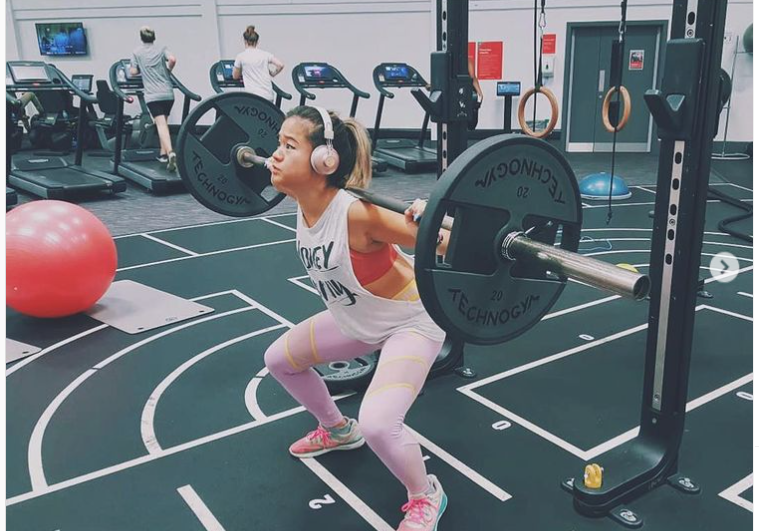 I was already running late (no surprises there) but when I left my house earlier this year, I realised I didn’t have my Fitbit on.

Instead of legging it to the station like I should’ve done, I ran back home so I could put it on and track my steps for the day, even though it meant I’d miss my train to meet my friend for dinner.

Sweating as I sped-walked to the station while I did up my band, I decided I needed to break-up with my Fitbit – and I was too embarrassed to tell my friend about my reason for being late, by the way.

I got my fitness band when I started running four years ago because I wanted to track my progress as my distances got further and further.

It was initially a great tool for motivation and to hold myself accountable so that I could have a better lifestyle on a day-to-day basis.

It would buzz on the hour to remind me to get up and hit my steps while I was sat at my desk at the office, as well as get me to go to bed earlier after I was shocked at how little sleep I was getting. I also couldn’t believe how much I walked in a day just going to the office and running around London.

But then something changed after I got myself a newer and more advanced model three years later.

It had exciting new functions and measurements such as ‘active minutes’, which was great as it didn’t just track steps but also other activities like cycling. If I didn’t hit my daily goal though, I’d feel guilty and often like I shouldn’t be going out to the dinner or event I had planned that evening.

I wore it to weddings so it would include my cardio heart rate while I was dancing, all while ruining my outfit with the unsightly band on my wrist. And instead of just enjoying the downtime away from the gym, I constantly felt I had to track my stats in order to feel productive, even though I wasn’t working out.

My obsession got worse over lockdown because I wasn’t walking to the station and the office while working from home. I’d go out for a walk in the cold and rain just so I could get my step count up.

I was a woman possessed. And that added burden was just not needed on top of the general pressure from society to stay active and look a certain way.

While I’m happy, healthy, and confident in my body now as an adult, it’s not always been the case.

My family and Chinese culture revolves around food. It’s a way to celebrate, express joy and show that you care.

But all those lovely connotations were overshadowed when I was an overweight child and family members constantly pointed out that the clothing size I was wearing was two age ranges older than I actually was. I felt so ashamed about it around my friends who were smaller.

I was desperate to look like my favourite pop stars and all the girls in my magazines, right at the height of noughties ‘heroin chic’ – where skinny, waif-like body types were coveted and Kate Moss told us all that ‘nothing tastes as good as skinny feels’.

Even before the era of the Fitbit, my fixation with tracking my workouts began when I bought a pedometer at the age of 14.

I would do 100 sit ups a night because I read in a magazine that my idol Britney Spears did, and I mean, come on, who didn’t want to look like the ultimate pop princess?

I’d also push my parents’ wonderful cooking around in my bowl because I thought I should just be eating carrot and celery sticks instead.

I ended up losing weight at university purely because I started cooking for myself and was eating smaller portion sizes than I had at home. Food has since become a massive part of my life again through cooking and discovering new flavours, which has brought me so much joy.

This has only been amplified since I’ve ditched my Fitbit and I’m not worrying if I’ve racked up enough steps to warrant having certain foods. It’s been through taking a step back from my tracker that I’ve felt like I can enjoy my passion for food and cooking, completely guilt-free.

My favourite thing to do now is to put on music and cook while singing along, and I crave for the cuisine of my heritage that I had growing up, constantly thinking of when I’ll next be home to eat my dad’s food.

It’s been a learning curve but now I have a healthy balance and mindset when it comes to exercising and enjoying the indulgences in life, and not having my Fitbit anymore means I no longer determine whether I deserve to eat certain things based on how much physical activity I’ve done.

I initially got into boxing in 2016 because I wanted to find a new form of cardio that was new and fun (and because of a rubbish break-up too). At the time, I was still using my Fitbit and I’d uncomfortably have the fitness tracker under my gloves while I went as hard as I could to burn the most calories possible.

I cared more about the stats than how good I was getting at the sport. Other times I would go to the gym and just watch the numbers of calories rack up on the screen on the cross-trainer Fitbit, or think about the distances I should run.

But since I’ve given up my watch earlier this year, I now focus on my technique, footwork, and how to be the best I can be in the ring.

Step counts have been replaced by sweat and endorphins as the classes have become a weekly regular in my diary. I’ve made friends at the boxing club and it’s a complete stress reliever.

All of that is worth so much more than knowing how many calories I’ve burnt.

Now I use an app on my runs so I know when I reach 5K. I’ve even turned off the updates of my running time. And it seems like I’m not the only one ditching my fitness band.

Last year, Fitbit’s sales dropped by 31% as I suspect more and more people are criticising just how useful they are and a 2016 study even found that fitness trackers are less effective at encouraging people to lose weight than simply following a diet and exercise plan.

I now engage in a whole range of physical activities in my lifestyle – from cycling to being in constant amazement of the amount of weights I can lift.

And when I think about all the amazing things my body is capable of, I’d rather focus on that than stats and figures any day.