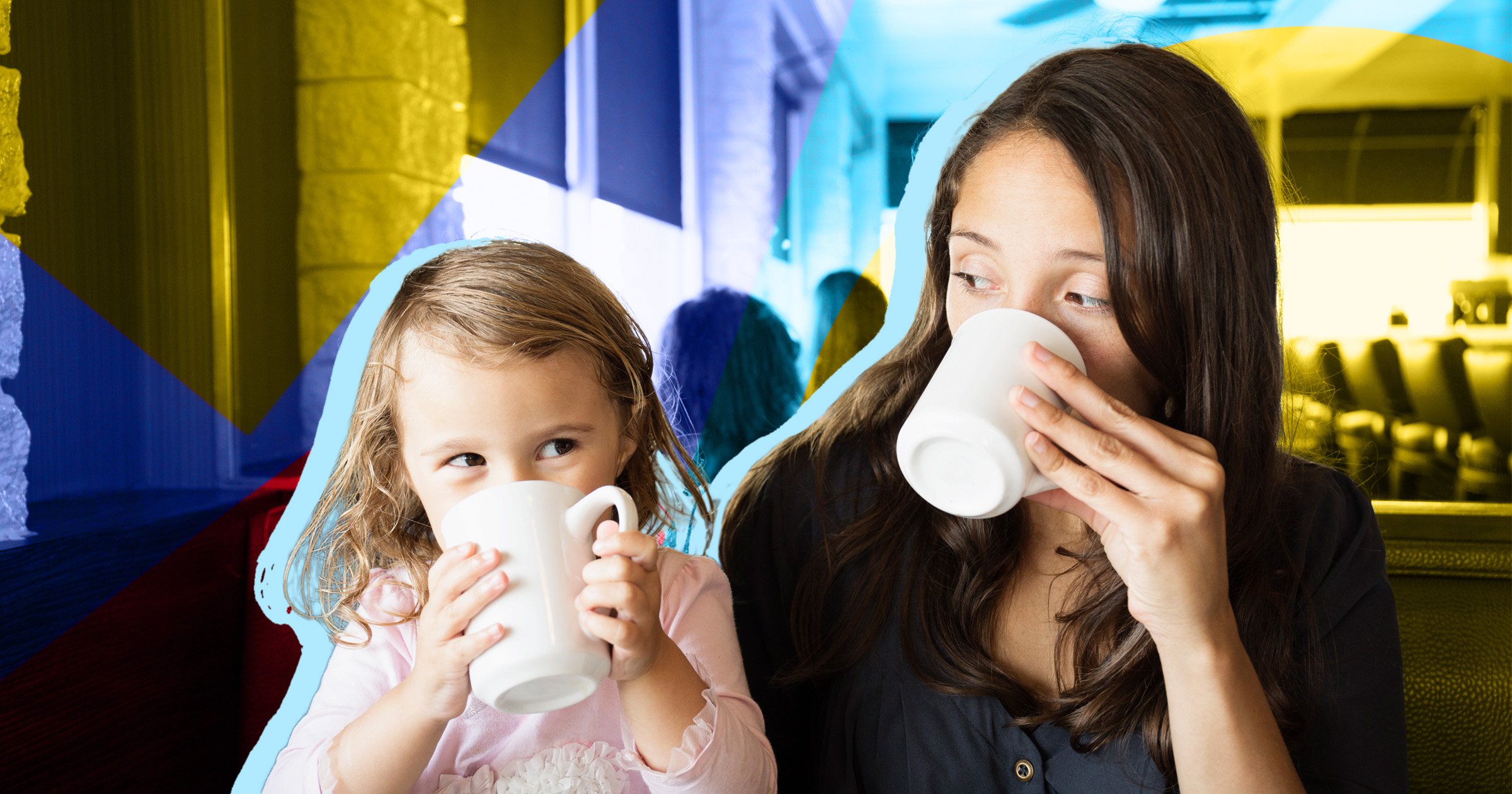 A TikTok video that shows a baby drinking from a little mug gas been doing the rounds.

It’s a short clip in which you can hear a woman ask the baby: ‘What you drinking?’ to which the kid replies: ‘Cuppa tea.’

While adorable, the clip has divided its 1.9million viewers, with some finding it amusing while others are alarmed.

Sure, there’s a chance the baby could have just been mimicking what the adults say when they’ve got a mug in their hands, but still, the video got us thinking about what the deal is with giving kids caffeine.

According to the NHS, caffeinated drinks are ‘unsuitable’ for toddlers and young kids. Yes, that includes your average non-herbal tea.

That also includes coffee, energy drinks, and many fizzy drinks.

Helen Burgess, nutritionist and founder of Little Cooks Co, tells Metro.co.uk she used to be given tea when she was a child before she went to sleep.

‘However,’ she adds, ‘more is understood now on caffeine and its
effect on the body.

‘Caffeine is a stimulant and as sleep is so crucial during childhood (it’s when a lot of growth and development happens), we don’t want to put anything in the way of that. It can also temporarily increase blood pressure and heart rate.’

A factsheet from the Great Ormond Street Hospital for Children says that, if your kid does enjoy a caffeinated drink, you should try to limit the amount they consume, and they should not have it after lunch so that their sleep doesn’t become disturbed.

However, The American Academy of Pediatrics recommends that children younger than 12 should not have caffeine in any capacity, and advise that neither children nor teens should have energy drinks.

It’s worth keeping in mind that, because kids are smaller, caffeine can affect them more strongly than it would yourself.

Diane Vizthum, M.S., R.D., a research nutritionist at the Institute for Clinical and Translational Research at Johns Hopkins University School of Medicine, advised parents to ‘err on the side of caution’ on the institution’s children’s hospital website.

It’s not known exactly what the impact of caffeine is on childrens’ cardiovascular and nervous systems. She also warned that too much caffeine can be ‘dangerous’ for children, and can cause a rise in anxiety, blood pressure, an increased heart rate, sleep problems and acid reflux. It can even be toxic in high enough doses.

Ultimately, it’ll be up to you as a parent to decide what’s right for your kids and in what amount.

If you’re thinking about letting your children have things with caffeine in them, Helen says you’re best off opting for stuff that actually has a bit of nutritional value.

‘There are many forms of caffeine – chocolate, tea, coffee, energy drinks, even chewing gum,’ she explains. ‘As a nutritionist, I would always opt for the thing that will deliver the most nutrients.

‘Raw cacao, which good quality chocolate is made from, is packed with antioxidants, and tea and coffee have pretty high antioxidant scores too.

‘I would strongly recommend steering clear of energy drinks, especially in children – they are devoid of nutrients and packed with chemicals and sugar.

‘So much so that the Government has talked about banning the sale of energy drinks to under 16s.’

Indeed, according to the Government website, bigger retailers have stopped selling energy drinks to under 16s of their own accord without legislation.

While we’re on the subject, we’ve all heard someone say that caffeine will stunt your growth, but, according to Harvard Health Publishing, that just isn’t true.

The Harvard Medical School publication pointed out that there’s ‘no scientifically valid evidence’ to suppose this.