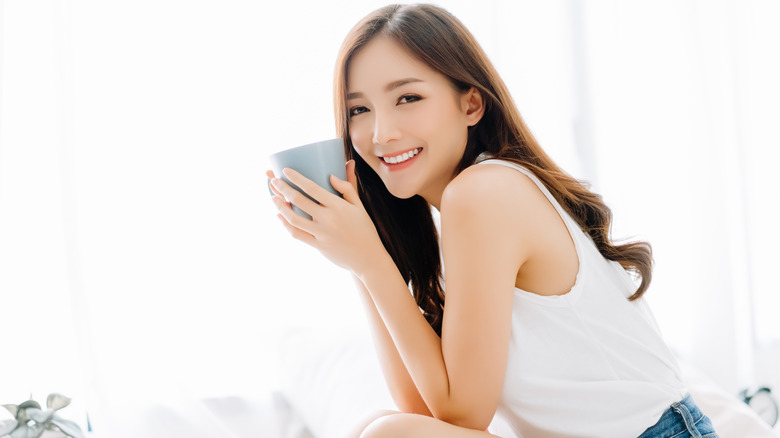 We all know somebody who it’s just not worth talking to in the morning until they’ve had their first cup of coffee, and many of us rely on a caffeine fix to help us get through a long day — every day. Coffee culture is big business now — whether it’s your dad enjoying a cup at home with his morning newspaper or Kylie Jenner picking up her favorite iced oat milk latte (via Elite Daily), we’re all at it.

Teenagers haven’t been immune from the coffee craze, either. Gen Z influencers like Emma Chamberlain and Charli D’Amelio are known to enjoy their coffee (via Elite Daily), and it’s understandable that young people might reach for the stuff to help them through an assignment or to round off a shopping trip with friends. That’s without even considering energy drinks, tea, and even chocolate and Coca-Cola.

Caffeine, however, acts as a stimulant and — believe it or not — is considered a drug (via Verywell Health). Is it safe for teenagers to consume? Let’s take a look.

Teens should have no more than about one cup a day 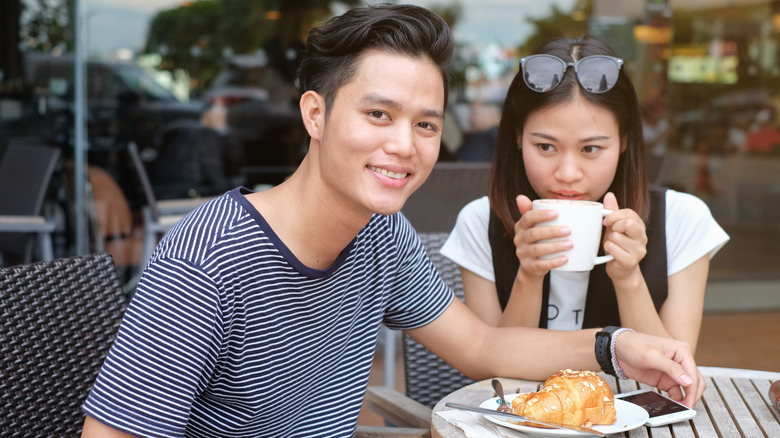 Per Verywell Health, the American Academy of Pediatrics suggest that, ideally, children and young adults shouldn’t be consuming any caffeine whatsoever, but that up to 400mg a day appears to be safe for adults. Caffeine can have a negative effect on the brain development of children, lead to sleep deprivation, and potentially cause the body to lose calcium. Interestingly, teen boys seem to respond more to caffeine than teen girls, while children and young people can experience caffeine withdrawal just like adults.

It’s recommended that teens don’t consume energy drinks — over in the U.K., children under the age of 16 aren’t even allowed to buy them — but what about the occasional coffee? Per Nemours, teens shouldn’t have more than about 100mg of caffeine a day, which is equivalent to a cup of coffee or a couple of drinks of Coca-Cola.

Teenagers shouldn’t really be knocking back cup after cup of coffee (nor should adults!) but having one cup in the morning with breakfast or going to Starbucks for their favorite order once in a while should be okay. Like anything else, moderation is best.