High blood pressure is also known as hypertension and is a major component in the risk of heart attacks or strokes. Millions of people around the world suffer with the condition with most being none the wiser as to the hidden dangers lurking in most food and how it can increase the risk of hypertension.

It is thought to have originated from a Chinese product called “chiang” over 3,000 years ago.

Similar products were developed in Japan, Korea, Indonesia and across Southeast Asia.The four basic ingredients in soy sauce are soybeans, wheat, salt and fermenting agents like mould or yeast.

Soy sauce is high in sodium, commonly known as salt, which is an essential nutrient that your body requires to function properly. 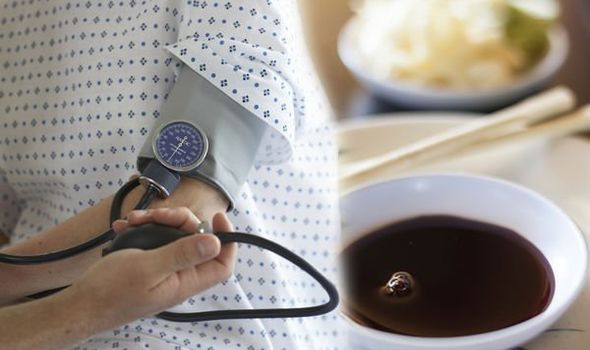 For one tablespoon of soy sauce, it contains roughly 902 mg of sodium.

This makes it high in salt, providing 38 percent of theRecommended Daily Intake (RDI).

While soy sauce has a relatively high amount of protein and carbohydrates by volume, it’s not a significant source of those nutrientsIn addition, the fermentation, ageing and pasteurisation processes result in a highly complex mix of more than 300 substances that contribute to the aroma, flavour and colour of soy sauce.

Noncommunicable diseases (NCDs) are the main contributor to mortality and morbidity globally and interventions to reduce the burden of NCDs are highly cost-effective, said the World Health Organisation (WHO).

The health organisation added: “Elevated sodium intake has been associated with a number of NCDs (including hypertension, cardiovascular disease and stroke), and decreasing sodium intake may reduce blood pressure and the risk of associated NCDs.

“Recent data on sodium intake show that populations around the world are consuming much more sodium than is physiologically necessary.“ 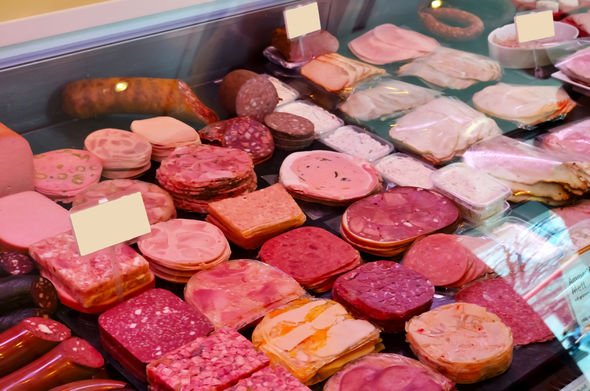 In many cases, they are consuming much more than the currently recommended on sodium consumption for adults, which is 2 g sodium per day which is equivalent to 5 g salt per day.”

In a study published in the US National Library of MedicineNational Institutes of Health, the effect on blood pressure of a six-week trial of low sodium soy sauce was analysed.

In the study forty men and 24 women were randomly allocated to a low-sodium group or a control group.

The change in blood pressure after a six-week intervention was evaluated.

“After the six-week intervention, no significant change in blood pressure was observed in the entire cohort, noted the study.

It added: “However, in those aged 40 years and older, 6.4mmHg net reduction in diastolic blood pressure.”

When a person consumes too much salt, which contains sodium, the body holds extra water to wash the salt from your body.

In some people, this may cause blood pressure to rise.

The added water puts stress on your heart and blood vessels.

Other foods to avoid to reduce hypertension risk include: