“Have you tried yoga?” is an unsolicited but common piece of advice you get if you’re going through an illness or a tough patch. People around you suggest it, medical professionals suggest it. It’s not that it’s a bad suggestion – yoga is helpful for many people, me included – but the refrain is getting grating. Yoga is not a panacea. 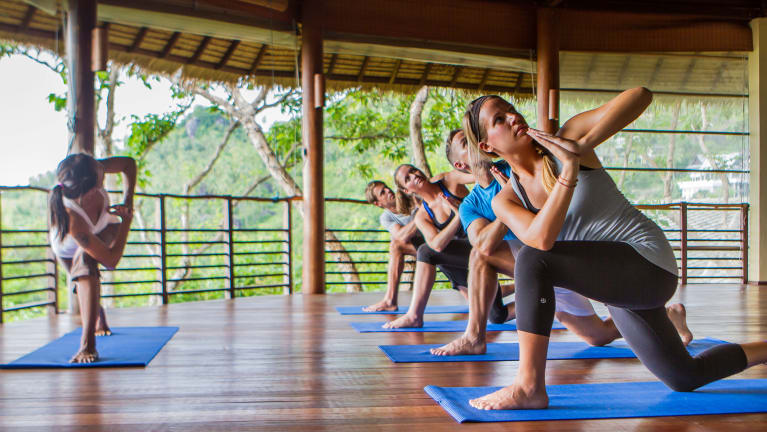 Some pretty off-the-wall health claims have been made about yoga. Bikram Choudhury – a man who popularised a particularly intense form of yoga where the room is heated to 40 degrees – claimed that his set of yoga postures cured Richard Nixon of phlebitis and relaunched the sporting careers of Kareem Abdul-Jabbar and John McEnroe. Most contemporary teachers are less outlandish with health claims – as they should be. In a summary of peer-review studies of the health benefits of yoga, it was concluded that yoga classes are comparably good for your health as other forms of exercise, with the added benefits that it helps people gain better bodily awareness, improves lower back pain, and may help reduce inflammation in the body. There’s plenty more we don’t know about the impact of yoga – like whether it can improve anxiety and mood, whether some forms are more effective than others, or whether it should be prescribed as treatment for various conditions.

When I was 21, a doctor suggested that my joint aches were a result of poor posture, and that yoga would help. It absolutely did help my posture, but the aches continued. Later, a different doctor suggested these aches were tension compounding in my body as a result of anxiety. So, I took a yoga class that was advertised to help anxiety. It did also help, but I was still achy. I’d taken batteries of tests ordered by a range of doctors, but the null results caused them to shrug their shoulders. More yoga? Eventually, at the age of 28, my aches were diagnosed as Ehlers Danlos Syndrome – a connective tissue disorder that affects the production of collagen. There’s no blood test for it and the condition isn’t widely known. Turns out, I wasn’t achy because of poor posture or anxiety, I was (and am) achy because my joints are so lax they partially dislocate, and my muscles work overtime trying to keep my skeleton together.

When a doctor asks, “have you tried yoga?” it feels like code for, “I’m out of ideas, I don’t want to deal with you any more, I think your pain isn’t serious.” Yoga is wonderful but it’s not enough to bridge the shortfalls of our medical system – a lack of awareness of conditions, and a tendency to dismiss symptoms. It couldn’t tell me what was happening with my joints, or how to reduce my symptoms in a systemic way.

When your friends and family ask, “have you tried yoga?” that’s disheartening, too. I’ve gotten to a stage where I can honestly say yes, I’ve tried yoga, and pretty much everything that doesn’t require me to go into a shop that has crystal skulls in the display window and offers palm readings. But what I’ve tried isn’t the point. When people ask that, they might feel that they’re offering a helpful suggestion, but really, they’re closing the conversation. They’ve stopped listening to us describe our experience, they’ve stopped empathising. They’ve started looking for ways that they can subtly blame us for our problems, for not trying hard enough, and go back to talking about the weather. They probably even know, deep down, that yoga is not the cure.

Erin Stewart is an Age columnist.