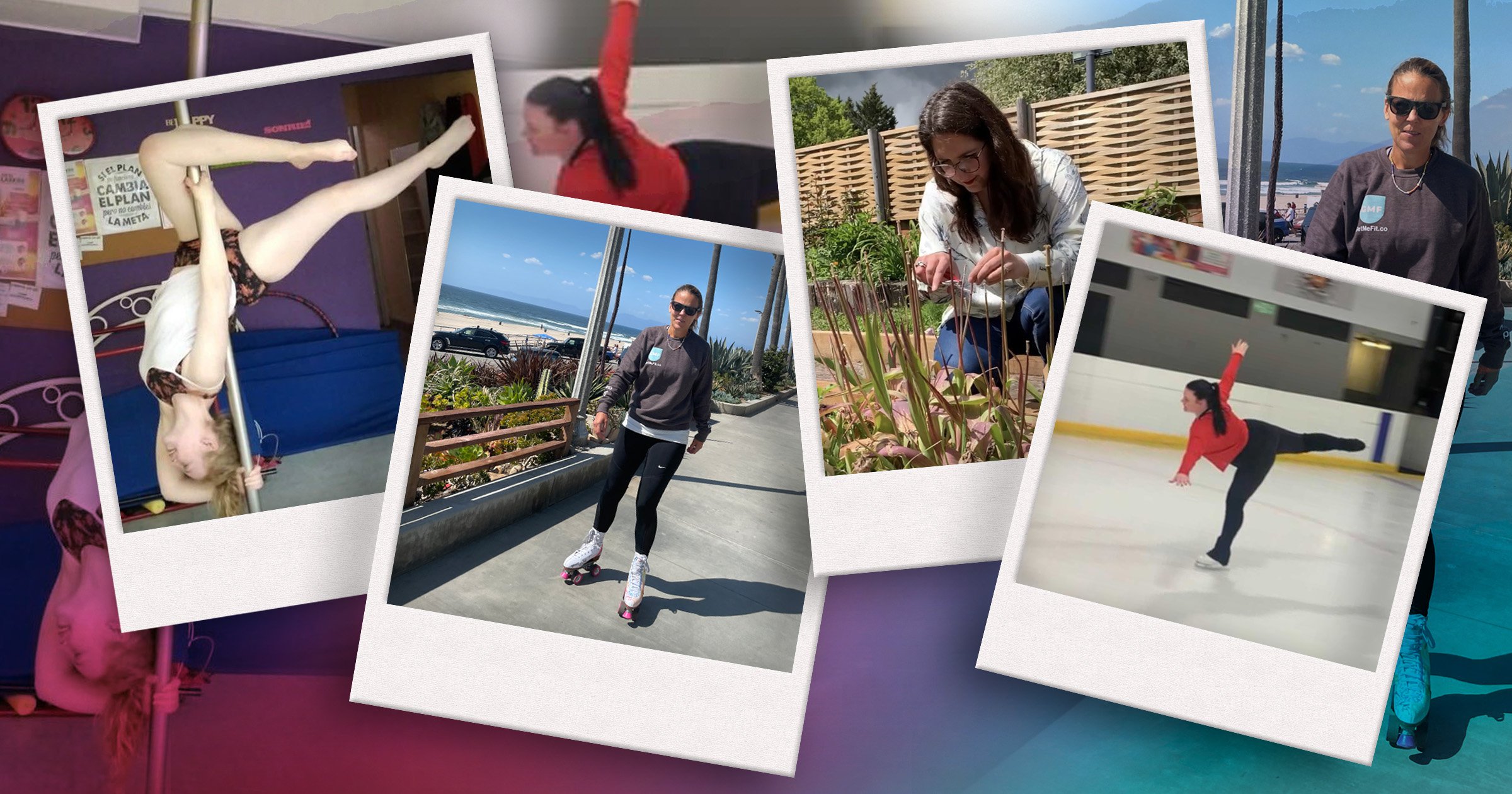 Although more and more women have been pushing (and pulling) heavy weights at the gym, and the fitness space is becoming a space inclusive of all people no matter their gender, ‘gym-timidation’ continues to be a very real plight for women.

According to research by Hunkemöller, UK Google searches relating to ‘gym confidence’ are up 1,600% year-on-year, and nearly twice as many women (28%) than men (16%) admitted they find the gym to be intimidating.

Not to mention, some people just don’t fancy trekking to the gym – or heading out on a long, boring run in the rain.

But that doesn’t mean people should give up on exercise altogether.

‘Whilst the majority of people associate exercising with coercing yourself to spend hours doing cardio you find boring and hate, this doesn’t have to be the case,’ strength and conditioning coach Kate Whapples tells Metro.co.uk.

‘Long gone are the days where you need to choose between a running club or going to the gym alone, as more and more clubs are starting up all over the country.’

As Whapples notes, there’s pretty much something for everyone out there, whether it’s trying out a new sport like Netball or MMA, taking professional pole dancing lessons, or even a salsa class with your partner.

Put simply, moving your body is important in and of itself, and how you choose to do it will totally depend on your interests – it’s all about trying something new.

That’s how these four women found their love for movement and exercise through alternative forms of fitness.

Kendall tells Metro.co.uk: ‘I first started gardening simply because I moved into a house that had a garden.

‘However I quickly realised that the only time my very busy mind was quiet was when I was gardening and, over time I noticed my body getting stronger: I was able to dig for longer without my arms aching, move more compost around the garden in a wheelbarrow without my back hurting and lift heavier buckets and watering cans.

‘I love gardening as a form of exercise because I can connect with nature while I garden and get the fresh air in my lungs – it doesn’t feel like I’m exercising while I am gardening and I don’t have some sweaty personal trainer barking orders at me.

‘I also love the mental wellbeing benefits it gives me as well as the physical.

‘I used to go to the gym and do classes, but now I’m a mum I have less free time and gardening works so well as it’s just outside my back door and brings me all the health and wellbeing benefits of going to the gym.

‘I hated the fact that men would stare at me in the gym, that they’d try and chat me up when I just wanted some time to myself to work out, but, in my garden the only living thing likely to chat me up is a friendly robin or visiting hedgehog!

‘Gardening has revolutionised the way I look after my body and my mind, so much so that I now support other women to use it as a way to lower their stress levels, and get stronger both mentally and physically.’

Kendall is a gardening for wellbeing expert.

‘I started ice skating almost four years ago after I bought my daughters lessons for Christmas,’ says Katrina.

‘I used to get on after every Sunday lesson for the public skate so they could stay on to practice and, within a few weeks, they were asking for help with moves that I couldn’t do.

‘I saw that there were all sorts of ages signing up for lessons so rather than sit on the side getting cold (and struggling to find time for other exercise) I decided to give it a go.

‘I moved through the Skate UK levels quite quickly and it wasn’t long before I was asked to give the adult synchro team a go. I have since competed with the team a few times and am focusing on my solo skating – and have my first solo adult competition on the 13th April.

‘I get up ridiculously early on a Tuesday to be coached, but I’m often there four or five times a week due to my kids coaching schedules.

‘I’ve tried all sorts of other exercises, like running a half marathon, after which I was supposed to do a marathon, but I said never again; swimming; weights; personal training in a gym; I even bought a Peloton bike which I do love, and I do other classes such as yoga and weights as all those exercises support the figure skating.

‘For me, figure skating is a great distraction from what is going on in my life because it takes all your focus to work on moves, some of which you need to practice hundreds of time before you nail it, and even then you need to keep practising some more.’

‘I’ve been doing pole dancing for four years, since I came across a university society that was offering cheaper classes than you could get outside of uni, and I thought it looked fun,’ Imi tells Metro.co.uk

‘Since then, I’ve been hooked.

‘I like it because it’s more mentally engaging than simply going to the gym, but it’s still really good for your whole body!

‘It’s also very intense, so you don’t need to do it every day to feel the benefits.

‘There’s a great community and I’ve found that doing pole helps a lot with body confidence.

‘Plus, it’s fun to learn tricks rather than just get fitter.’

‘As a child, I was always on roller skates, but didn’t really pick them up again for another 30+ years,’ Jane tells us.

‘After rediscovering them a few years ago, I really hope to keep rolling into my old age.

‘As a personal trainer I think it is a great way to get more activity in your schedule.

‘It’s a particularly good workout for your lower body – glutes, quads, hamstrings and calves, but you also need to engage your core for balance.

‘I also love the childlike sense of freedom skating gives you: It’s really relaxing to get outside and the fresh air and being forced to focus on the path ahead always pushes the daily stresses aside for a while.

‘If, like me, you have kids, it’s also a great way to all get out together and have some fun and get in some exercise for the day.’