It’s a near-universal experience for people who menstruate and absolutely a middle school horror story: Your period arrives and you don’t have your preferred period product at-the-ready. Maybe you’re at work or school or the mall or even a pal’s house and you realize you’re up the red creek without a tampon paddle.

One reddit user shared how her visiting friend had such an experience recently and was furious that she didn’t have a stock of period products on hand for guests. The poster has a form of birth control that keeps her from having a period for a few years and doesn’t have use for tampons and pads anyway. But she was wondering, still, if she was TA in the situation

“For context, I have the nexplanon birth control bar in my arm. I know it’s different for everyone, but for me it completely takes away my period and lasts for [three] years. (This is my second time having it.) We were having a movie day to catch up on life since we haven’t seen each other in over a week. During one of the movies she gets up to use the restroom so I scroll through my phone waiting on her return,” the poster wrote. “Well when she comes back down she asks me where I keep my tampons. I responded I don’t keep them in the house since I haven’t needed one in years. She then proceeded to ask me for a pad and I kinda just giggled and repeated myself.”

She said she wasn’t sure if it was the way she phrased it or just that she didn’t have any to offer, but said her friend flipped out, saying things like: “What kind of woman doesn’t keep these things?”

“As a woman you should always keep them?” 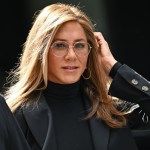 “What the hell am I supposed to do about my situation?”

“I’ve never met someone so thoughtless!”

Ouch! Obviously the outburst was a little much and making the whole thing a condemnation of her as a person and a host went a little far: “I didn’t take her attitude to heart and told her we can go to the Dollar General around the corner if she needs some and that it’s not a big deal. Apparently that wasn’t good enough for her. She called me an insensitive bitch who doesn’t care about other women and need to learn how to be a better host. She called herself a cab and left shortly after.”

The poster went on to mention that the price of tampons (hello pink tax!) was prohibitive and made it not make sense for her to keep them in the house when she doesn’t use them.

So there’s a bit to unpack here: For one thing, there’s absolutely no reason to assume whether or not someone has monthly periods. It’s just never a good practice because women aren’t the only ones who menstruate and for many reasons (including being on certain forms of birth control, medically-induced or naturally induced-menopause and periods not being gender-exclusive) not all women or people with uteruses menstruate. And given the sheer amount of period products out there (and the price of many of the disposable ones), lots of menstruators might not have tampons or pads to spare.

(In my case, I’m a menstrual disc user for more than a year. I love them and swear by them. Before that I often used re-usable menstrual cups for a few periods out of the year, so there’d be times where I didn’t have pads or tampons at-the-ready. While I could offer up some of my disposable discs, they weren’t always what a guest might be looking for.)

OP did the right thing by trying to offer that they could go together to the nearby store to acquire some, but it seemed that her friend had already made her decision about how the rest of the interaction was going to go down. And most of the sub-reddit agreed: OP is NTA.

“I couldn’t imagine going to someone else’s house and demanding their hygiene products. Like I get in an emergency needing one but to just assume someone else will automatically have Them is really obnoxious,” one commenter noted. “NTA- it’s her responsibility to take care of her needs. I get that it’s frustrating and our fuses are a bit short during that time but you can’t just demand every women supply you with hygiene products.”

And at the idea that this friend couldn’t conceive someone having a different experience with their period (or lack-thereof) another commenter had some worries for their future: “She’s gonna have a heart attack when she learns about menopause.”

But TL;DR: It’s cool, if you can, to have menstrual products to spare but by no means is it an obligation. And while it isn’t fun to go a few minutes without a tampon or pad, it is an experience that many, many menstruators have navigated (and survived without a freak-out) for generations.

Before you go, check out our favorite period goodies to stock your own bathroom: