There's a video doing the rounds online in which a young father settles his fractious newborn into deep sleep with just one long "Om" chant. It's high on the cuteness scale but it also demonstrates the incredible power sounds have over our emotions.

Singing and chanting have always been part of all religions, including the hymns and prayers of Christianity. In the Indian tradition, mantras are sacred words or phrases in Sanskrit repeated over and over in meditation (japa) or in singalong sessions (kirtan). 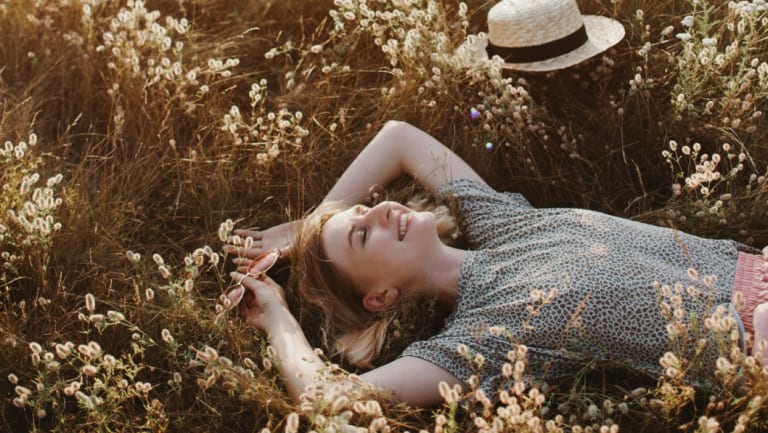 Mantras are often done in cycles of 108 repetitions as this number is considered sacred in Hinduism. You can use mala beads, rather like rosary beads, to count off your chants.

Both forms derive from the bhakti branch of yoga, the yoga of devotion. In the West, we predominantly practise hatha yoga, the discipline of physical poses, but in India, hatha is just one of many ways to work towards the ultimate goal of yoga – oneness with the universe.

If you're busy getting the kids off to school, working, shopping, cooking and all the rest, you've probably not found much time to achieve universal oneness, but you might have found that regular meditation goes a little of the way.

There's loads of scientific research confirming that meditation can be a great way to slow ourselves down and help our frantic minds to settle. To cope with the demands of the modern world we often utilise fightor-flight mode, a biological response to imminent danger. This takes a huge toll on the body's immune system, blood pressure, bone density, brain function and more.

Dr Herbert Benson, founder of the Mind/Body Medical Institute in Massachusetts, coined the phrase "relaxation response" to describe the way meditation counteracts the physiological effects of stress chemicals such as cortisol flooding our systems by "recalibrating" the brain. As you chant, your heart rate drops, slowing the nervous system and calming the mind.

For most of us, meditation does not come easily. That's the beauty of chanting. The repetition concentrates the mind, leaving it little space or time for wandering off to worry about booking the car in for a service or what to have for dinner.

Mantras are often done in cycles of 108 repetitions as this number is considered sacred in Hinduism. You can use mala beads, rather like rosary beads, to count off your chants. But more significantly, the words themselves have a profound effect on the physical and psychic body. It's not necessary to know what the words mean (though often they are beautiful), it's enough to feel their vibratory force.

Whether you are quietly reciting alone at home, joining in class with a yoga teacher or bopping along at a rock-concert style kirtan performance (yes, there are some rock-god kirtan singers out there, people), chanting will release you to embrace a spiritual awareness and wholeness that will enrich your mind and body. It's the ultimate, feel-good wonder drug, and it has no bad side-effects

Mantra meditation is really easy. Choose a mantra you like from the hundreds online. Find a quiet spot, sit comfortably with mala beads if you like them, and begin. Here are a few chants to get you started.

The most famous and powerful of all yoga chants is really four separate syllables pronounced "aum" – a prolonged "aw" sound to begin, then "oo" and a prolonged "mmm". As you make each sound, the vibration moves from the chest to the throat and into the head. The last syllable is the moment of silence between each repetition. This chant is said to vibrate at a frequency of 432Hz, which is also said to be the natural frequency of the universe.

One of the most revered of all Hindu mantras – which comes from the ancient Vedic scripture, the Rig-Veda – is a hymn to the sun-god Savitri.

Another Rig-Veda mantra, this potent chant is associated with healing and purification.

This mantra calls on the elephant-headed deity, remover of obstacles and lord of new beginnings, to help make changes in your life.

This article appears in Sunday Life magazine within the Sun-Herald and the Sunday Age on sale September 16.