Staying at home amid the COVID-19 pandemic has sparked plenty of DIY projects, and apparently, Cate Blanchett has been working hard at her place, too. Unfortunately for her, it led to what she’s dismissively called “a bit of a chainsaw accident.”

“I had a bit of a chainsaw accident yesterday, which sounds very, very exciting, but it wasn’t,” the Mrs. America star recently revealed on “A Podcast of One’s Own With Julia Gillard.” (In case you’re not familiar with her, Julia Gillard is the former prime minister of Cate’s home country of Australia.)

Cate tried to downplay the whole thing, by saying that she was “fine…apart from the little nick to my head.” WHAT?

Cate and Gillard then started joking about the whole thing. “Be very careful with that chainsaw. You’ve got a very famous head. I don’t think people want to see any nicks taken out of it,” Gillard said. Cate then promised to “keep it on my shoulders.” 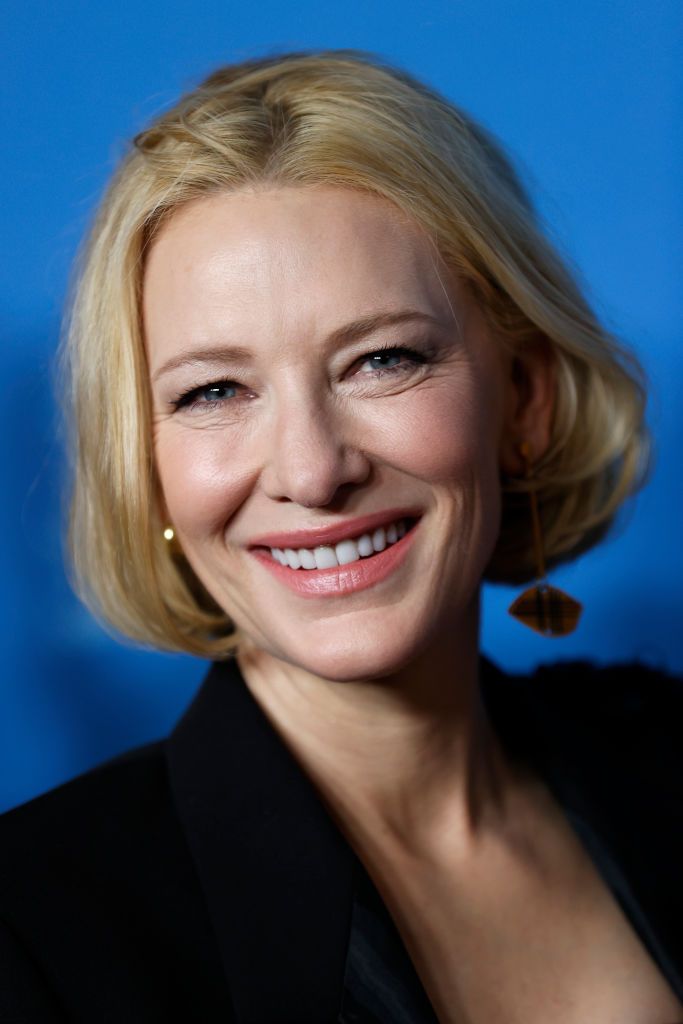 Cate has been in lockdown with her family in England since the pandemic started, she also shared on the podcast. And, when she’s not doing her best Leatherface imitation, she’s been homeschooling her kids—Dashiell, 18, Roman, 16, Ignatius, 12, and Edith, 5. Apparently, Cate planned to take time off even before the pandemic hit.

“I’ve taken a year off, being a working mother of four,” she said. “My eldest son was doing his A-Levels, so I took the year off essentially to be with him and support him through that exam period. And then all of that exam stuff evaporated, and I’m left with an 18-year-old who doesn’t want to have anything to do with me, so it’s a little bit discombobulating. But it’s a high-class problem. We’re all well.”

Heads up: Cate isn’t on Instagram or Twitter, so there are no chainsaw aftermath shots to check out.

And FWIW: Elizabeth Hurley told Extra last year that using a chainsaw is part of her regular workouts. “I do a lot of exercise, but it’s really the gardening… cutting down a hedge, using my chainsaw to cut down a tree, logging, all of that stuff I do. So, I’m very active,” she said.

Maybe Cate should take some lessons from Liz? She kinda does seem like a pro…