For a man whose business is Zen, it’s anything but stress-free managing a billion-dollar company with 175 employees and more than 2 million subscribers. We spoke to Michael Acton Smith, the cofounder and co-CEO of the company behind the meditation app Calm, about his nighttime routine, the power of doodling, and other ways he soothes his mind.

Unlike the Steve Jobses of the world, Michael Acton Smith, 46, begins most days by setting an alarm for 8:00 a.m. “I know there’s a lot of people in the 5:00 a.m. Club,” he says. “Comparatively, I’m just a late riser.” And instead of checking his texts or news alerts, he places his iPhone on airplane mode for 30 minutes. “The first thing most people do is reach for their phone. Instead, I try and meditate. I try to clear my mind, focus on my breathing, and center myself. It’s a joyful part of my morning.”

Before his first meeting of the day, Smith grabs a pen and paper and lets the creative juices flow. It’s his way of finding clarity. “Sometimes it’s writing or just doodling,” he says. “Doing something digital is great for organizing your thoughts, but when you have a sheet of paper, you can do anything. I just love interconnecting different ideas. Everything pours out or nothing does. It’s really old-fashioned, but it helps ground you to start the day.”

Now working from home, Smith says it’s easy for communication with colleagues to get lost in digital translation. So he practices something called API: Assume Positive Intent. “I noticed that if I’ve been on Zoom calls for a long time and I maybe didn’t get a good night’s sleep, I’m definitely quicker to assume the worst and have a shorter temper,” he says. “If you just assume whoever’s writing to you has positive intent, you can stave off angry replies and tension.” 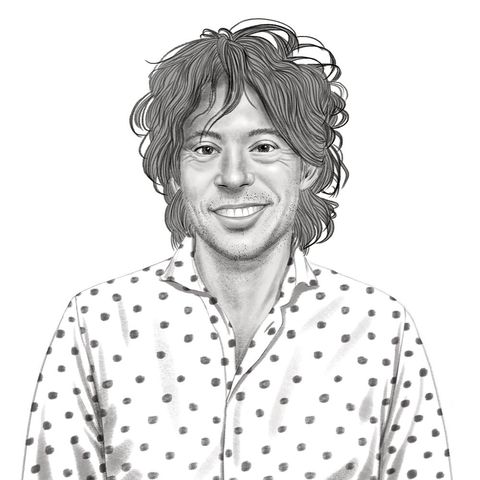 When the pandemic hit, Smith and his family relocated to Ireland, which meant adjusting his working hours to Calm’s West Coast HQ. Some days, he works until midnight. Still, he emphasizes the importance of fitting in family time each day, which includes spending time with his three-year-old daughter during the afternoons. “We go to playgrounds and on long walks,” he says.

To de-stress, Smith keeps it analog and plays board games with his family. His strengths? Scrabble and chess. “As a kid, I used to create my own board games,” he says. “I think it’s great for your mental health to really immerse yourself in a different universe with a set of rules. That escapism is really valuable.”

SOAK IN A TUB

Though it’s tempting, Smith doesn’t opt for a late-night binge-watch to get a good night’s sleep. Instead, he makes a bath and adds magnesium salts. “After hours and hours of Zoom calls, my brain is still wired,” he says. “Just sitting there without pen, paper, or my phone is very valuable. Raising your body temperature before bed can be very helpful for sleep. It’s a nice way to calm yourself besides watching Game of Thrones or anything else on TV.”