This type of blood cancer develops in the lymphatic system – a network of tissues and organs that help rid the body of toxins and waste.

Then the abnormal lymphocytes begin to collect in certain parts of the lymphatic system, such as the lymph nodes (glands).

Lymph nodes are pea-sized lumps of tissue found throughout the body.

The NHS noted the most common symptom of non-Hodgkin lymphoma is a painless swelling in a lymph node.

This usually affects the neck, armpit or groin area, but lymph nodes in these areas often swell in response to infection. 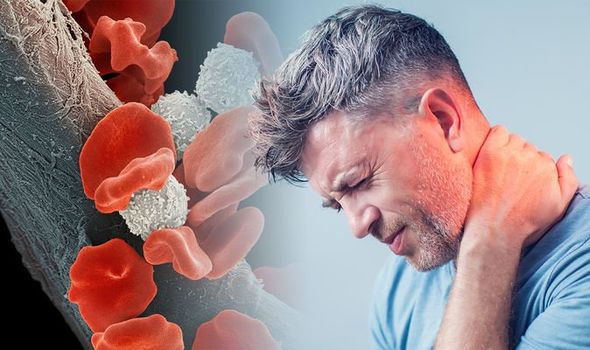 Other symptoms of non-Hodgkin lymphoma include unintentional weight loss, a fever and night sweats.

Additionally, the health body added that feelings of breathlessness may be experienced.

Moreover, a persistent itching of the skin all over the body may also be a tell-tale sign of this form of blood cancer.

Over time, it’s possible for the abnormal lymphocytes to spread to other body parts.

For instance, the cancerous cells may travel to the bone marrow.

When this happens, the person affected may feel persistent fatigue and tiredness.

They may also have an increased risk of infections, and may experience excessive bleeding.

Excessive bleeding could be multiple nosebleeds, heavy periods and spots of blood under the skin. 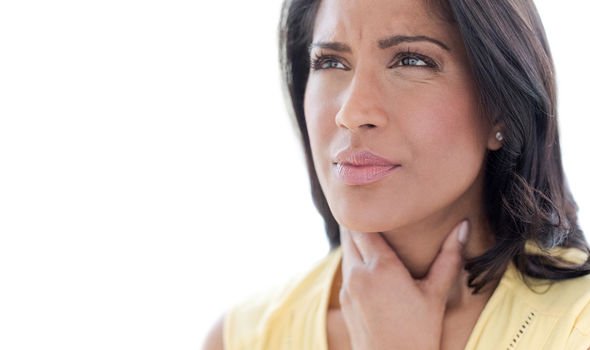 Other body parts which may be inundated with abnormal lymphocytes include the spleen, liver, skin, lungs, stomach and brain.

The reason behind non-Hodgkin lymphoma is the same for all cancers: a DNA mutation.

Although the primary cause for the DNA mutation is unknown, there are a number of risk factors for developing the disease.

For example, suffering from an autoimmune condition – such as rheumatoid arthritis – increases a person’s risk. 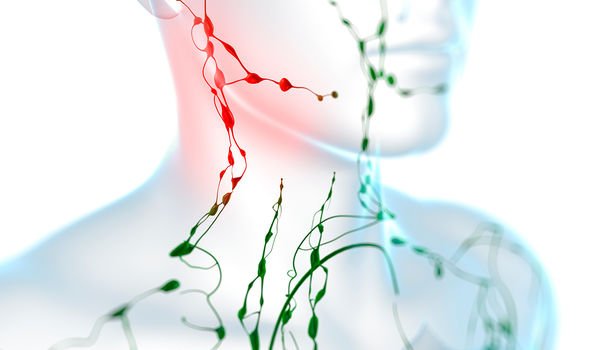 As do a number of infections, including the Epstein-Barr virus that causes glandular fever, the human T-cell lymphotropic virus (HTLV) and Helicobacter pylori.

The chances of developing non-Hodgkin lymphoma also increases if you’ve received chemotherapy or radiotherapy for an earlier cancer.

And sufferers of coeliac disease are more prone to the disease.

For a diagnosis, a biopsy is needed, which will take place in a hospital.