A mum of two has described how she has been left disfigured after receiving her first AstraZeneca jab which caused her face to swell. This comes after reports of facial swelling caused by the Moderna vaccine in the initial trials. Orofacial adverse effects of COVID-19 vaccines could be a side effect of the COVID-19 vaccines.

A Scottish mum was left unable to eat or sleep after suffering from severe side effects having received her first dose of the AstraZeneca vaccine on March 17.

Liz Matheson, from Dumfries and Galloway was left with a ‘disfigured’ face and burning rash after rare reaction to the jab.

Matheson, 56, fears she may have been left permanently disfigured after suffering a rare reaction leaving her looking like a chipmunk.

She explained how her face doubled in size within hours of receiving the first dose of the vaccine last month. 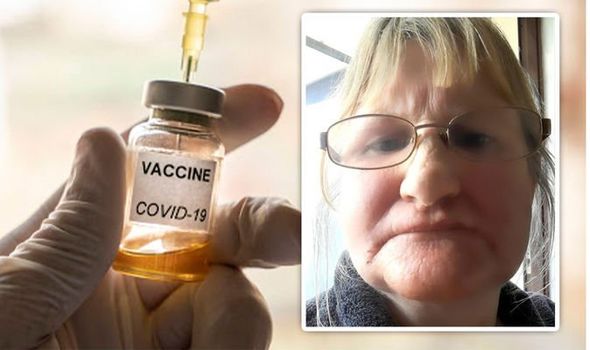 Matheson said she has developed a painful, burning rash on her wrists soon after the jab and it has since spread to her elbows over the three-and-a-half-week period.

She explained she is now “petrified” at the thought of getting the second dose of the vaccine and fears her face has been permanently scarred.

Describing how her side effects developed after her jab, Matheson spoke to the Daily Record and said: “That night, my arm was a wee bit sore and uncomfortable but when I woke up the next morning, my face had doubled in size.

“It was really hot – I felt like somebody had put my head in an oven and kept it in there. It was burning and I couldn’t stand any heat near me at all. I felt like my face was on fire.

“I didn’t think my face could have swelled up anymore, but it had by the next morning. I was like a wee chipmunk to the point that I couldn’t even eat properly.”

In a study published in the US National Library of Medicine National Institutes of Health, reported orofacial adverse effects of COVID-19 vaccines were further investigated.

Adverse events associated with vaccine administration can manifest in the oral cavity and orofacial region. Hence, the aim of this study was to compare the orofacial adverse effects of two recently authorised COVID-19 vaccines, said the study.

It continued: “Publicly available data on BNT162b2 and mRNA-1273 vaccines were accessed from the relevant regulatory authorities in the United States, Canada, European Union and United Kingdom.

“Adverse events affecting the orofacial region were reported for both vaccines.

“These were rare and included acute peripheral facial paralysis (Bell’s palsy), facial swelling, and swelling of the lips, face or tongue associated with anaphylaxis.”

The study concluded that globally, there are inconsistencies in the description of adverse effects presenting in the orofacial region of the COVID-19 vaccines.

“We believe that awareness of these orofacial manifestations will improve recognition, management and reporting of vaccine-related adverse effects.” 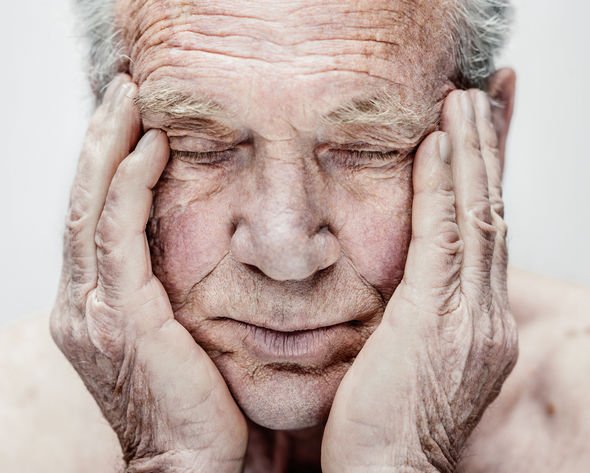 Localised orofacial adverse effects, including Bell’s palsy, were found in the data but not reported in patient information in the U.S. and Canada, said Dr Nicola Cirillo of the Melbourne Dental School at the University of Melbourne, Australia.

She added: “When patients with dermatological fillers were given Moderna’s vaccine, facial swelling occurred. That detail was only reported in the product information in the European Union and the U.K.

“Temporary one-sided acute peripheral facial paralysis and facial swelling were reported in the product information for both patients and healthcare professionals in the European Union and the U.K.

“However, these side effects were not included in U.S. and Canada vaccine fact sheets for patients.”

Matheson said: “My doctor said they are now working closely with a dermatologist to see what they can do about my face.

“To me, it’s been disfigured, and it’s really cracked and dried up on my chin and around my mouth. It’s very embarrassing and has been so painful.”

“My arms are still quite bad but when I put sleeves on, the wounds get irritated. They are actually getting worse. It was just at my wrist but now it’s spreading up to my elbows.

“The hospital is doing blood tests now to find out whether I can get the second dose and to see why this has happened.

“I’m petrified about getting the second dose and I don’t want to go for it if I’m going to get the same reaction.”

A spokesman for Astra Zeneca said: “We’re not able to comment on specific, individual cases.”