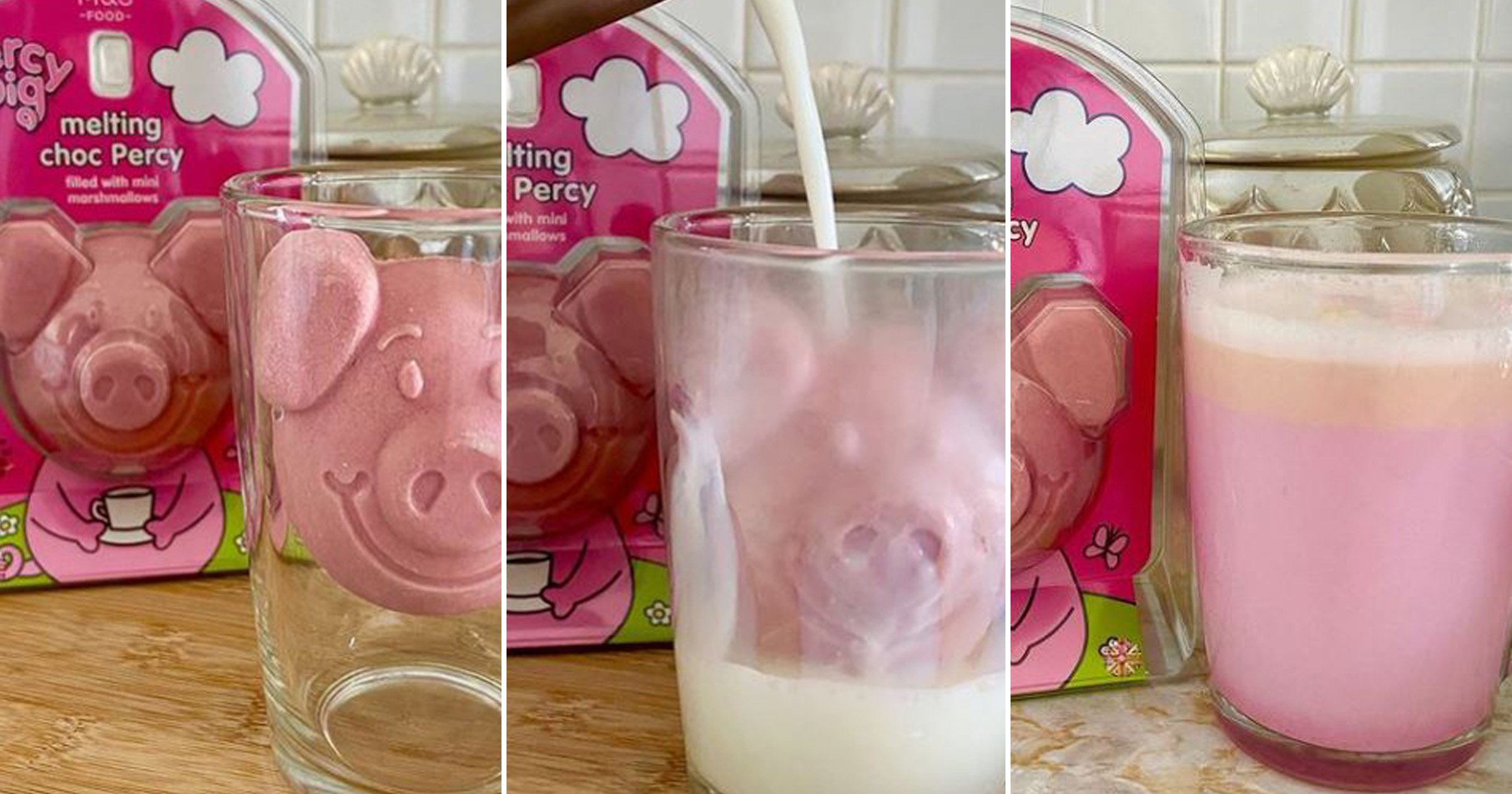 The days are getting chillier and darker as we head towards the end of the year.

But pumpkin spice lattes aren’t the only warming beverage enjoyed during these crisper months – the humble hot chocolate also goes down a treat.

And it seems there’s a brand new one to try from M&S, featuring the nation’s favourite fruity pig.

The supermarket has unveiled a Percy Pig melting hot chocolate bomb – which does exactly what it says on the tin.

This new pink chocolate Percy is designed to have hot milk poured over it, so it turns into a beautiful beverage.

But there’s an extra surprise inside.

Each Percy head is filled with mini marshmallows, which will float in the warm chocolate milk once the shell has melted.

Food Instagram account @newfoodsuk was one of the first to break the news of the sweet treat – which costs £2.50 a pop.

A post reads: ‘Tastes exactly like Percy Pig sweets, so for any Percy fans out there, you need this in your life.’

For anyone not clued-up on Percy’s signature flavour, it’s raspberry and grape – but this new product throws chocolate in the works, too.

This year has been a big one for Percy, as M&S has brought out a number of themed treats to pay tribute to the popular pink piggy. Some of these include Percy Pig cake jars and pink pig pancakes with a dessert sauce.

Elsewhere in the world of food, Pizza Express has launched its first ever vegan restaurant in London.

And in-keeping with this plant-based theme, one in three Brits now drink non-dairy milks, such as oat and almond – a number that’s risen from 25% to 32% in the past year.