It’s no secret that many Americans have a substance abuse problem. Live Science reports it was estimated in 2015 that nearly 21 million U.S. citizens who were 12 years old or older had an issue with substances. And while many used alcohol as their vice, drug problems weren’t far off, either.

Wondering how your state stacks up? Here’s a ranking of the 15 states that have the worst drug problems in the country, according to 2018 data from WalletHub.

A man smokes a joint at the first annual DOPE Cup, a cannabis competition in Portland, Oregon. | Josh Edelson/AFP/Getty Images

WalletHub looked at all 50 states and the District of Columbia and compared them across 20 different metrics. Everything from overdose rates to opioid prescriptions to drug-related arrests was factored in to determine the 15 worst U.S. states for drugs. And Oregon came in 15th place, with a total score of 48.42. Compare this score to the best state, Minnesota, which clocked in at 27.03.

It seems Oregon’s biggest issue is its opioid usage, KATU reports. Though it may be getting better, as WalletHub’s 2017 report ranked it sixth-worst overall.

Next: This Southern state has more drug issues than you think. 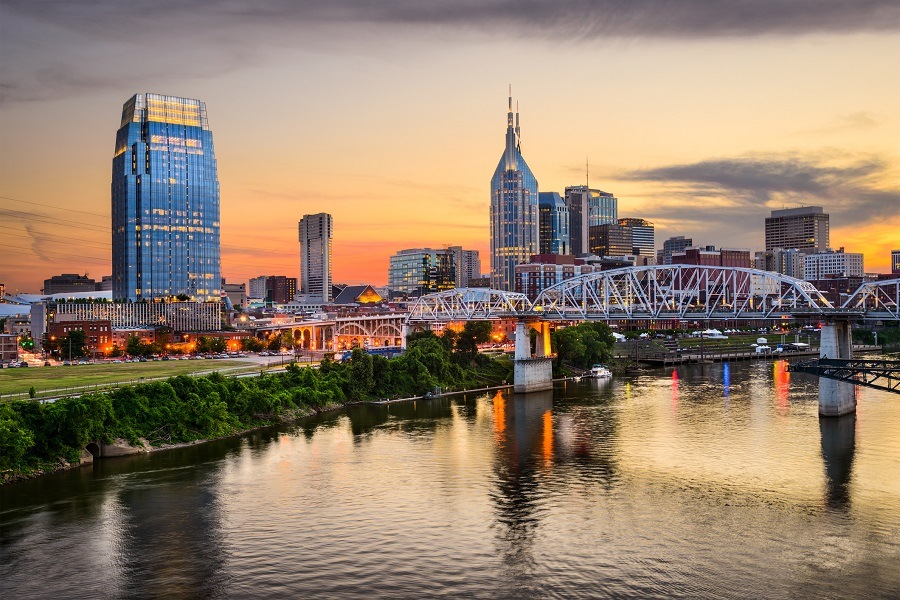 Not far behind Oregon comes Tennessee. WalletHub’s data found Tennessee is the 14th worst overall state for addiction when all metrics are factored in, but it’s actually the 13th worst when it comes to just drug usage and addiction.

Opioid abuse is primarily plaguing this state, Brentwood Home Page reports. When it came to opioid prescriptions per capita, Tennessee ranked as the No. 3 state just behind Alabama and Arkansas.

Next: This mountain state may be the least populated state in the U.S., but it still has its issues. 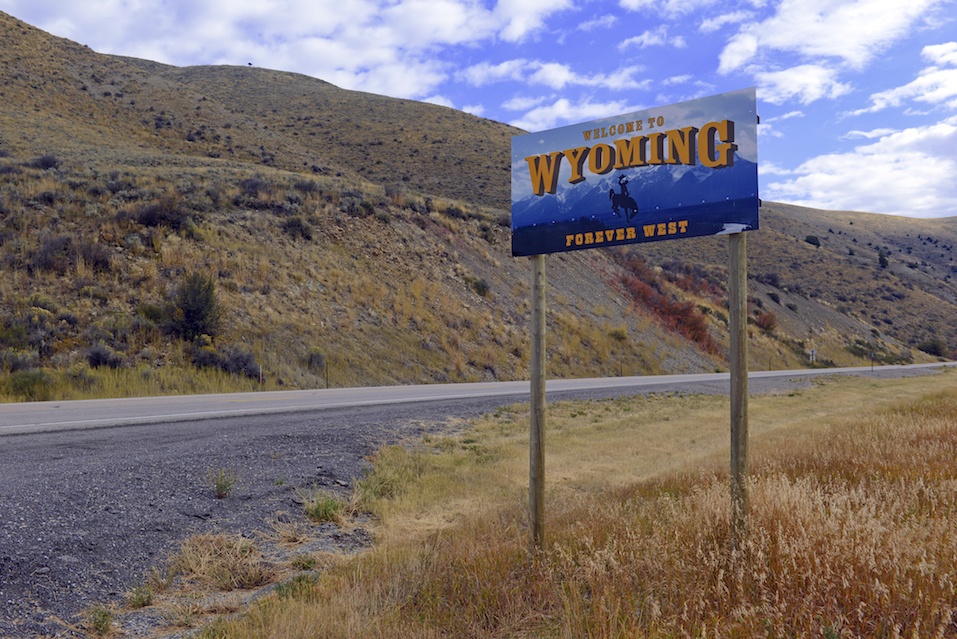 The Treatment Center notes because Wyoming’s population is so widespread, it’s tough to get drug users readily available treatment in their area. And we’re guessing that’s the same issue with law enforcement stopping any drug-related activity.

Next: It’s known for its scenic views — and, sadly, its drug issues. 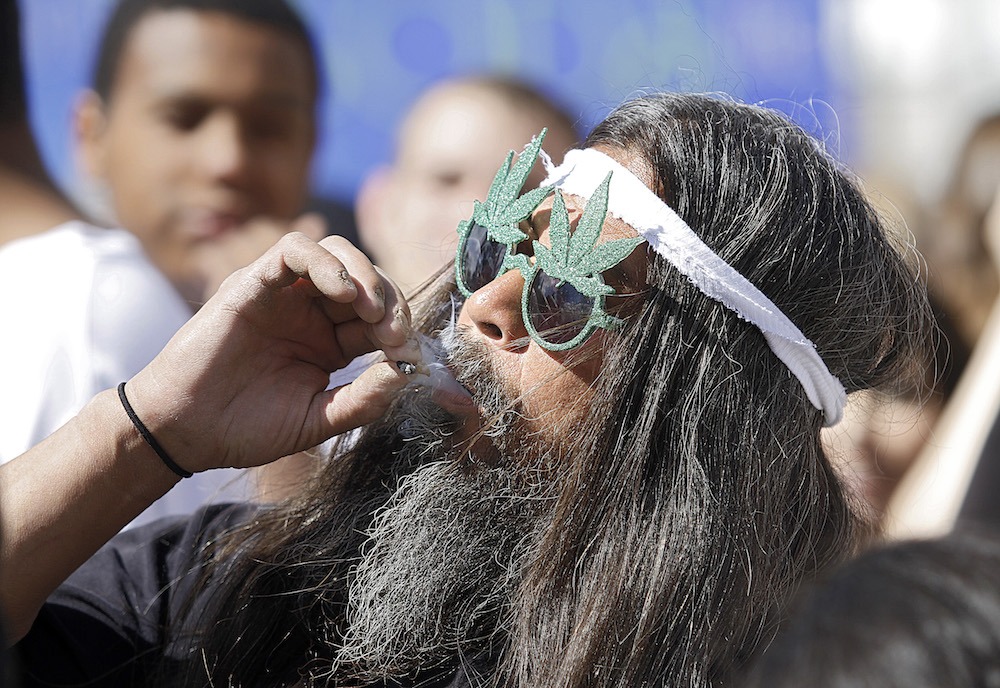 This state has gorgeous mountains — but according to WalletHub’s data, it also has a serious drug issue. When it came to rankings in drug use and addiction, law enforcement, and drug health issues and rehab, it fell near the middle of the pack on each. But AspenRidge North notes meth, cocaine, and heroin are being distributed at an alarming pace.

What’s worse is that Colorado ranked as the No.1 state for deaths from an overdose — and it seems to be on the rise. Prescription painkillers are a huge cause here.

Next: This New England state may surprise you.

You may be surprised to see that Massachusetts ranks No. 11 overall when it comes to states with drug issues. Additionally, it ranks as the 11th worst state for drug use and addiction, WalletHub found.

The Treatment Center reports that the huge drug issues present in Massachusetts stem from fentanyl. This narcotic is produced in mass quantity in this state and pushed by drug traffickers on the streets. And nearly 75% of those who died from an opioid-related overdose had fentanyl in their system.

Next: It’s not just Philly cheesesteaks that this state is known for.

This cheesesteak-loving state probably didn’t strike you as having a huge drug crisis, but it is. In fact, early in 2018, Reading Eagle reports federal data found Pennsylvania was outpacing all other states when it came to deaths associated with drug usage.

In a 12-month period ending in July 2017, the Centers for Disease Control and Prevention reported Pennsylvania had 5,443 deaths from drug overdose. This was more than a 43% increase compared to the previous 12 months. And it appears that fentanyl is the leading drug causing the issue.

Next: This Southern state is high up on the list.

It’s not far above Pennsylvania as far as the total score is concerned, but Kentucky did manage to make it on the list as the ninth worst for drug issues. And it seems the biggest issue in this state is meth and opioids.

Just Believe Recovery Center explains part of the issue is that almost 40% of Kentucky’s counties are “dry,” meaning the sale of alcohol is forbidden. And these dry counties are seeing a rise in methamphetamine usage as a result. There were also more meth lab busts and crimes related to the drug in these counties, too.

Next: It’s a small state, but it ranks high. 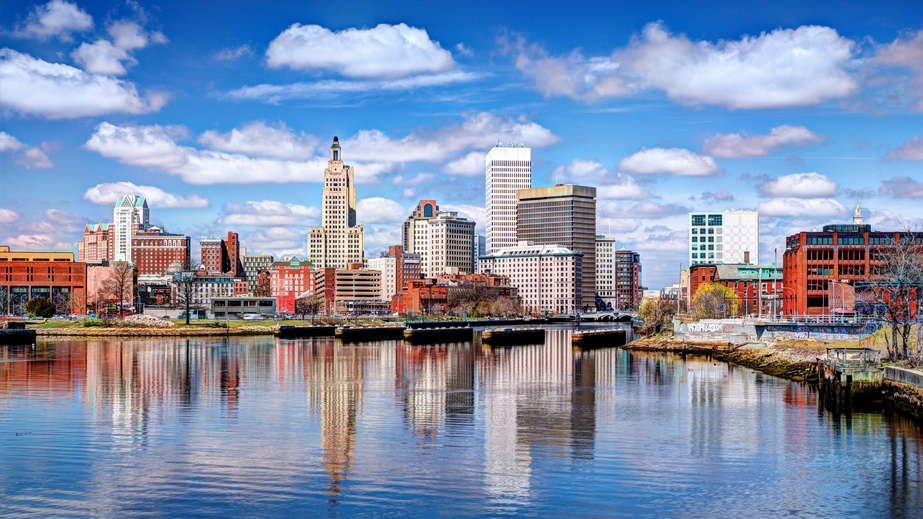 This state may fly under your radar because of its size, but make no mistake — Rhode Island has serious drug issues. And WalletHub ranks it as the second worst state in America for drug use and addiction. It seems the end is nowhere in sight, too.

The Sun Chronicle reports police raided numerous addresses in May 2018 and arrested 49 people for holding illegal weapons and drugs in the state. It seems rivaling motorcycle gangs were distributing their goods throughout Rhode Island for some time, causing a surge in drug-related issues.

Next: This state really failed in terms of law enforcement.

As far as drug use and addiction are concerned, Indiana didn’t do too badly, as it landed as No. 18 in the ranking. But overall, it’s the seventh worst state for drug-related issues — and that’s largely due to problems with law enforcement, where it ranked the fifth worst.

The Indianapolis Star reports the Indiana police are overwhelmed with drug cases, which may be why their ranking is so poor. And with new drugs emerging all the time, they certainly have their work cut out for them.

Next: This state has a serious problem with the number of teens using substances.

Coming in at No. 6 on WalletHub’s list is New Mexico. And it seems both this state’s law enforcement and drug use and addiction is a huge issue. Not only that, but New Mexico has a particularly big issue with teen drug use, too.

According to the Albuquerque Journal, adolescents in this state have some of the highest rates of drug use. As far as what they’re using, it seems cocaine, ecstasy, methamphetamine, and heroin are high on the list.

Next: In 2016, this state had the highest drug overdose death rate. 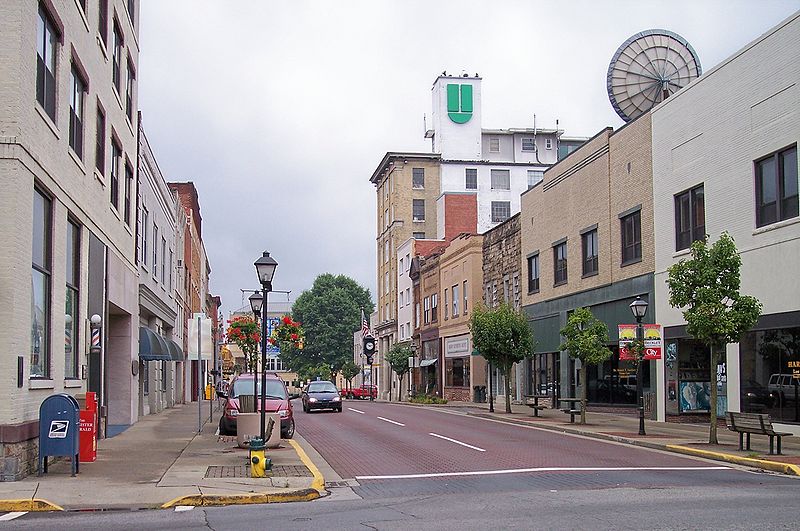 As for the top five worst states for drug issues, West Virginia starts off the ranking. WalletHub also puts this state as the sixth worst state for drug use and addiction and the third worst for law enforcement. Sounds pretty serious to us.

We also know 2016 was an extremely serious year for West Virginia, as it was the state with the highest number of drug overdose deaths, Vox reports. Per 100,000 people, an average of 48.3 died that year, says data from the Centers for Disease Control and Prevention. This is astronomically more than both their homicide and car crash rate.

Next: This state shouldn’t come as too much of a surprise due to one city. 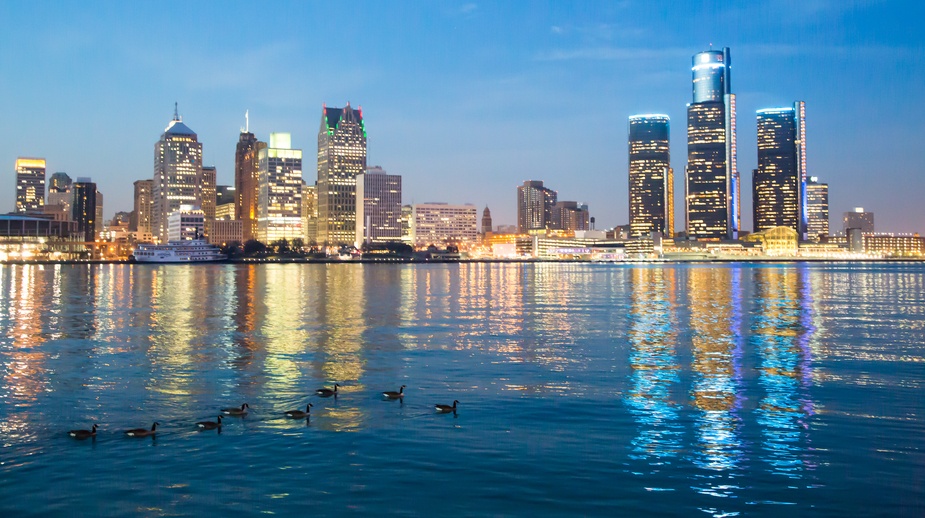 There’s a pretty significant jump between West Virginia’s total score and Michigan’s. WalletHub found this state ranked fourth worst overall, and ClickOnDetroit reports the state’s opioid crisis has a lot to do with it.

In 2015 alone, there were 30% more drug-related overdoses than in 2013. And it could be getting even worse. Detroit is known for being one of the hardest hit when it comes to drugs, but the Department of Licensing and Regulatory Affairs Director Shelly Edgerton called the opioid epidemic “a public health crisis that has affected every community in Michigan.”

Next: It’s a small New England state with a huge problem.

Here’s another small state that ranks high on the list. WalletHub reports New Hampshire ranks as the eighth worst state for drug use and addiction and third worst overall. U.S. News & World Report explains the biggest battle in this state is opioid and fentanyl abuse.

In 2015, fentanyl was involved in two-thirds of all drug-related deaths in New Hampshire — and it’s only picking up steam. There’s also a stronger and deadlier opioid known as Carfentanil which has also hit the state hard. Carfentanil is roughly 100 times stronger than fentanyl.

Next: This rural state has seen a steady increase in meth usage.

As for the second worst state on the list, Missouri takes the spot. And News-PressNow.com says there’s one drug in particular that plagues the state more than the rest: methamphetamine.

There’s another huge issue for Missouri, and that’s their lack of law enforcement. There are reportedly just six members on the Drug Strike Force team, so keeping up with drugs on the street is proving to be a monumental task. And local officials say meth is extremely popular with the rural drug users, as it can be cooked undetected.

Next: You may be surprised by which U.S. territory makes No. 1.

With a score leaps and bounds over Missouri, you may be surprised to see Washington, D.C., as No. 1. WalletHub also put D.C. as the worst state for drug use and addiction overall, as well as the worst for drug issues and rehab.

It’s clear opioids have hit D.C. hard — but that’s not the only drug problem the capital’s dealing with. Rehabs.com reports the city saw a huge resurgence of the hallucinogenic drug PCP starting in 2014. And usage is higher in the nation’s capital than any other state in the U.S.

It appears Zayn Malik has unfollowed the mother of his child. Looks like he’s not too fond of her heavily rumored new romance with Leonardo…

To view this video please enable JavaScript, and consider upgrading to a webbrowser thatsupports HTML5video Get ready to have bathroom envy like you’ve never had…