Classic Lay’s potato chip flavors like sour cream and onion, salt and vinegar, and barbecue are staples at family gatherings across America. But, Lay’s commitment to taste doesn’t stop there. It goes beyond the iconic trio and dips into a world of some of the most unusual potato chip flavors we’ve ever heard of. That said, it doesn’t go at it alone. 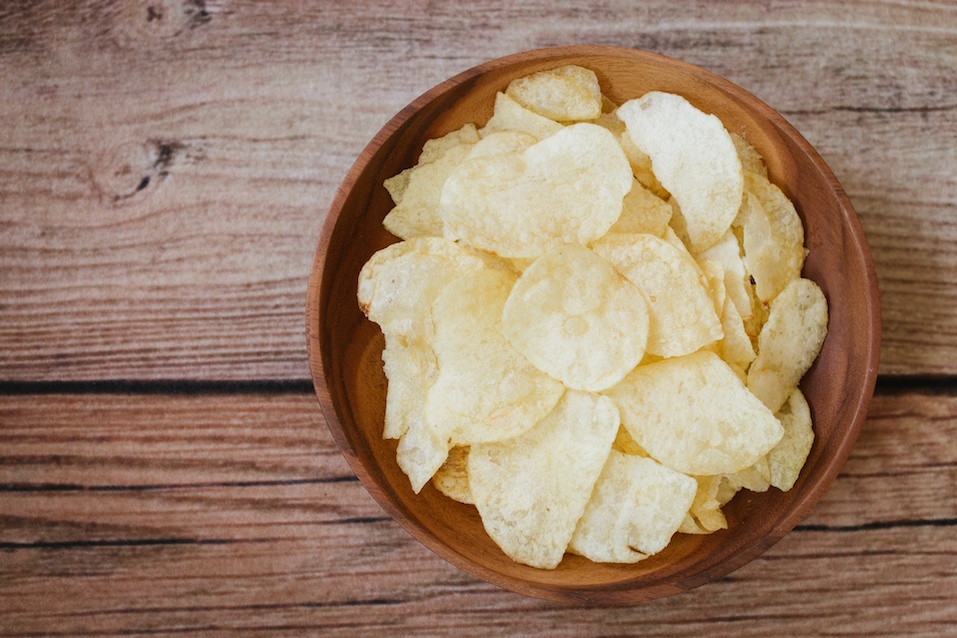 Lay’s finds new flavors through its Do Us a Flavor campaign. | iStock.com/Sean824

Lay’s Do Us a Flavor campaign

Every year, Lay’s asks chip-lovers and flavor enthusiasts alike to help come up with its next wacky flavor for a chance to win $1 million. After pitching their ideas, a panel of all-star judges — many of which are foodies, flavor experts, and chefs — narrow down the concepts to just three. Lay’s then produces the flavors so consumers can taste test and vote which one they liked best. Thus another weird Lay’s potato chip flavor is born.

The Do Us a Flavor campaign isn’t the only way Lay’s comes up with its wacky flavors. Some of its selection is inspired by countries and regions that already love the weird potato chip flavors. However, those flavors are not typically considered bizarre to those enjoying them — just those that are in the United States (we’re still trying to get over Canada’s favorite ketchup chips, to be honest).

Keep reading for some of the weirdest Lay’s potato chip flavors — including international favorites and Do Me a Flavor contest winners.

Potato chip but make it healthy. As it turns out, Canada also participates in a national quest for the newest chip flavor. And, one of the finalists was not what you’d expect. In 2013, Lay’s introduced a Caesar salad flavor potato chip, formally known as Creamy Garlic Caesar. According to customer reviews, the flavor wasn’t as gross as it sounds. In fact, some even compared it to the sour cream and onion flavor.

In 2014, one flavor enthusiast pitched a crazy idea for a potato chip: Wasabi Ginger. Albeit strange, potato chip fans loved the flavor. In fact, one went so far as to say “the Wasabi Ginger was a flavor punch right in the happy place” and even created a petition to bring the weird Lay’s potato chip flavor back.

People might love their coffee, but do they want it in chip form? The Do Us a Flavor 2014 finalist seemed to think so. According to this review of the weird Lay’s potato chip flavor, cappuccino Lay’s aren’t all that bad. They did, however, leave a bad aftertaste.

Ketchup chips might be a staple in Canada, but grilled cheese and ketchup chips are downright weird. But that didn’t stop one Canadian Do Us a Flavor contestant from making it a thing. In 2013, Lay’s manufactured the combo flavor in hopes of a new icon. However, not everyone was on board. According to reviews, the chip flavor wasn’t a showstopper.

In India, a mint-flavored potato chip exists — and it’s not all that weird. Made with a combination of mint, lime, and jalapeno, the international Lay’s potato chip flavor has had its fair share of positive reviews from both locals and tourists. “I really enjoyed the mint mischief chips and their unique flavor combination,” said one reviewer.