Each of the 50 states in the U.S. has its own history, traditions and cultural touchstones. One element that can play a particularly meaty role in forming a state’s identity is the cuisine.

The website AreaVibes, which ranks what it calls the “liveability score” of places in the U.S., conducted a survey of just over 1,000 people to determine which foods and beverages are stereotypically associated with every state. The findings were rather interesting (and hunger-inducing). 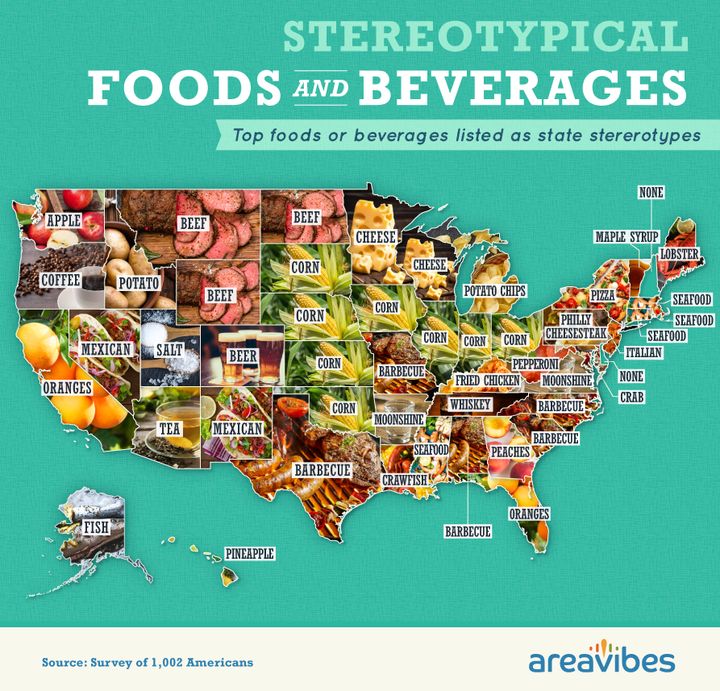 Unsurprisingly, the No. 1 food associated with Maine was lobster, and for New York it was pizza. Other top picks included crawfish for Louisiana, maple syrup for Vermont, and Philly cheesesteak for Pennsylvania. Less expected winners were pepperoni for West Virginia and salt for Utah.

On the produce side, potatoes won out for Idaho, Hawaii was associated with pineapples, and oranges took the prize in Florida and California. Corn was the top response for eight states, including Nebraska and Iowa.

AreaVibes compiled its data by surveying 1,002 people. Each respondent was asked to share the stereotypical food or beverage they associate with 10 states. The responses were then tallied to determine the most common associations with every state.

It was a tough break for Delaware and New Hampshire, as neither generated a dominant answer.

Some of the findings highlight the power of brand associations. In Arizona, tea was the top response, likely due to the popularity of Arizona iced tea (which is based in New York). Most respondents associated Kentucky with fried chicken, which seems to be a nod to KFC’s influence.

Beyond food, AreaVibes also asked respondents about more general stereotypes for each state. 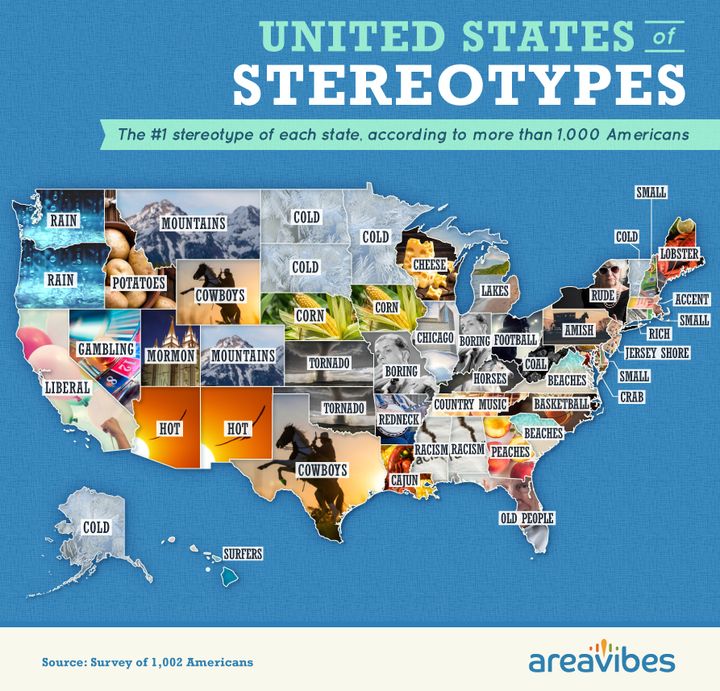 While food still dominated some answers (shoutout to Maryland crab and Wisconsin cheese), the map presents a wider array of stereotypes.

The stereotype for Washington and Oregon was “rain,” Florida generated “old people,” and New York mostly sparked answers of “rude.” Apparently, Missouri and Indiana are “boring.”

Visit AreaVibes for the full rankings and more information about the methodology behind this report.