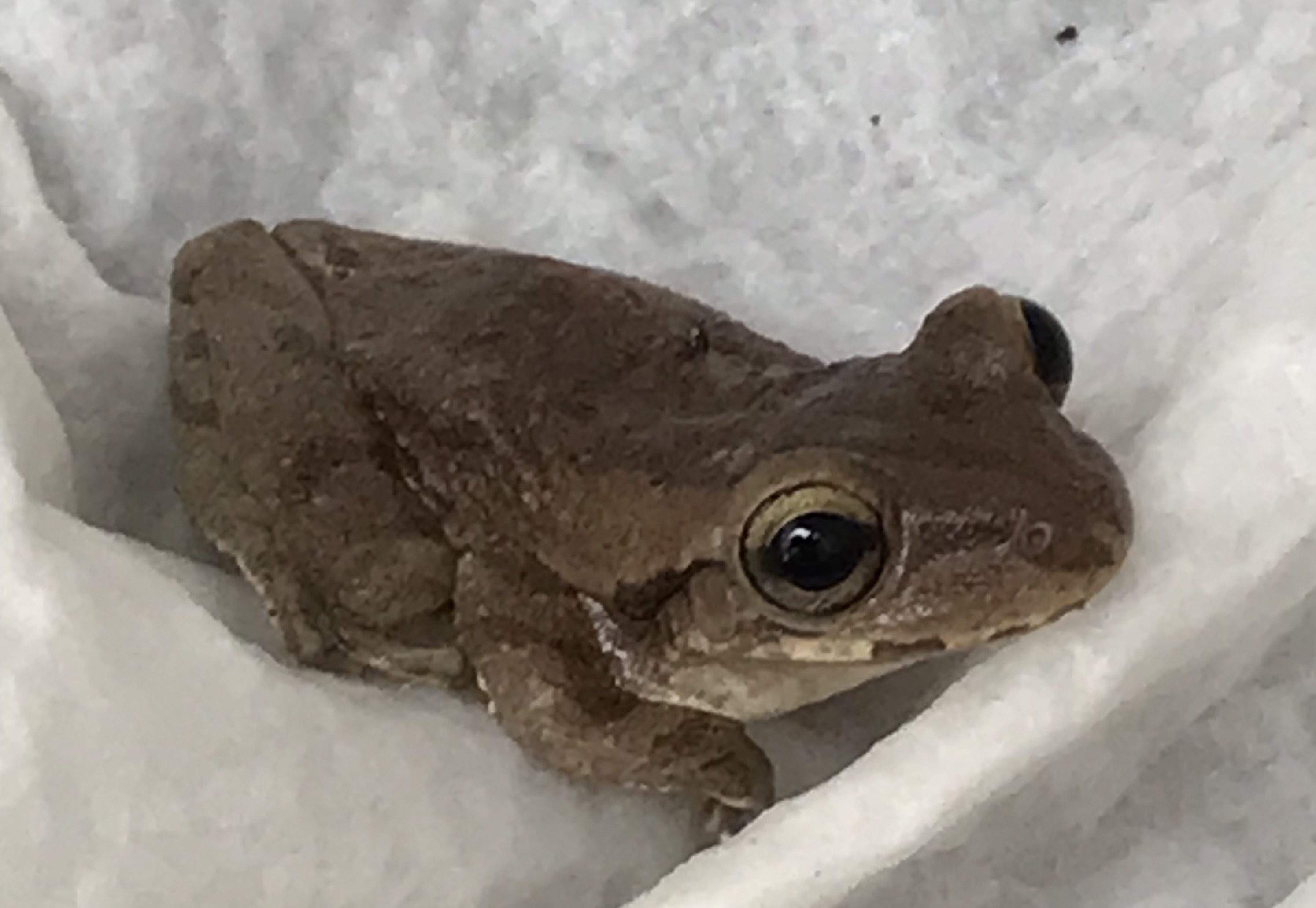 A shopper got more than they bargained for when they found an adorable frog in a bag of fruit in South London.

The little guy made it over 4,000 miles from his home in the Dominican Republic.

RSPCA inspector Philip Norman was called to Sheen on Thursday after a shopper discovered a tiny frog in a bag of bananas.

Miraculously, the frog was still alive, but the shopper was concerned that his leg was hurt.

Philip said: ‘The frog is only 3cm long and must have been wrapped up in the bag of bananas for a long time.’

It can be difficult to identify different species of frog, but it’s thought this one is either a Hispaniolan common tree frog or a Dominican tree frog.

Philip said: ‘The shopper had bought them at a local supermarket but had quite the shock when he unwrapped them at home to find the little frog inside.

‘The bananas had come from the Dominican Republic so this little one had quite the adventure.’

The little guy was subsequently transferred to the Heathrow Animal Reception Centre where he’s being looked after.