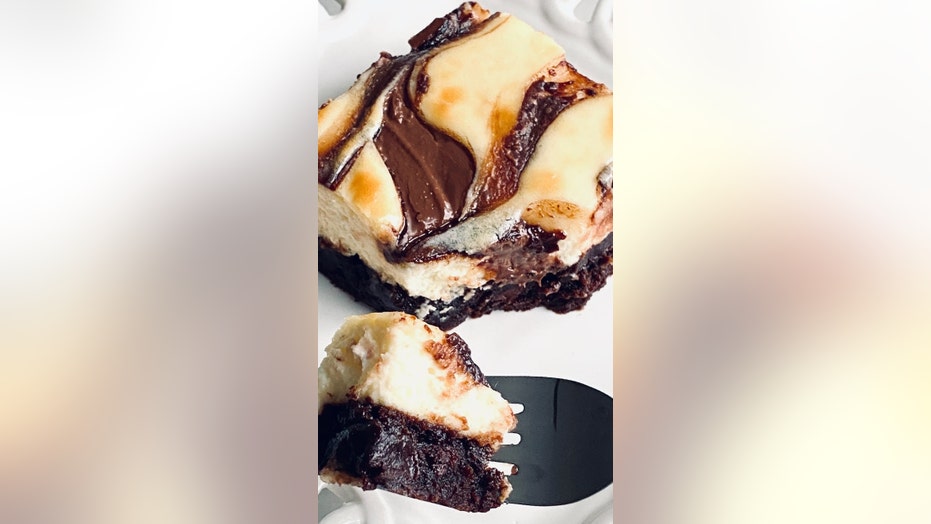 Now that there’s a chill in the air, it’s the perfect time for this decadent dessert.

Debi Morgan, the creator of the Southern food blog Quiche My Grits, shared her recipe for “Nutella Cheesecake Brownies” with Fox News.

The dessert starts with a brownie crust, topped with cheesecake and a Nutella swirl, which Morgan describes as “dangerously YUM” in her blog post. 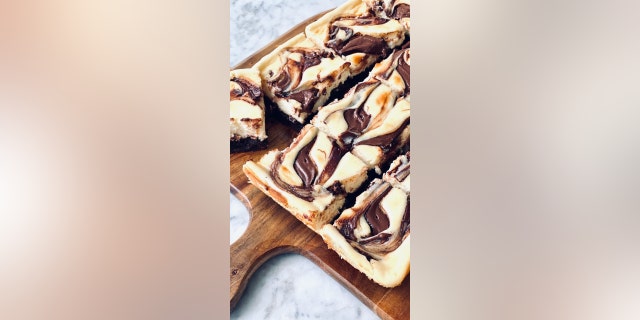 The "Nutella Cheesecake Brownies" from food blog Quiche My Grits are "dangerously YUM," according to blog creator Debi Morgan.
(Courtesy of Quiche My Grits)

She also notes that, because the brownies have a cheesecake topping, they have to be stored in the refrigerator. Thankfully, as they sit in the fridge, they “become more chewy and moist,” which is a good thing, Morgan says.

To try it yourself, here’s the “Nutella Cheesecake Brownies” recipe from Quiche My Grits. 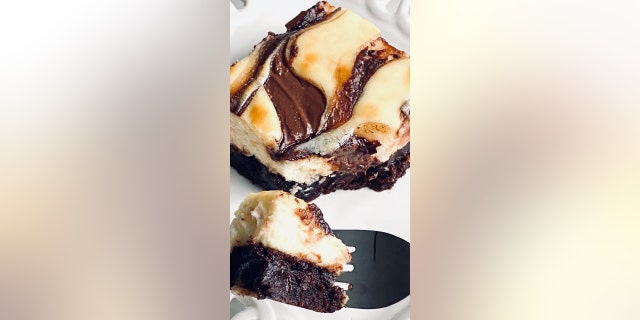 This decadent dessert is made with a brownie crust and a cheesecake topping with Nutella swirl.
(Courtesy of Quiche My Grits)

2. Whisk brownie mix, egg, water and oil in a large bowl. Fold into a 6 x 9 inch oven-safe dish or pan that has been greased with cooking spray. 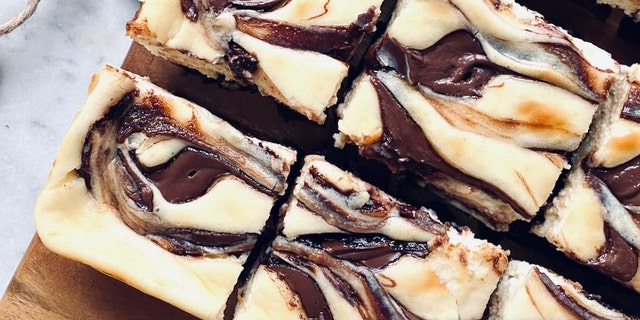 Morgan said in her blog post that the brownies should be stored in the refrigerator because of their cheesecake topping.
(Courtesy of Quiche My Grits)

1. In a separate mixing bowl, add softened cream cheese and beat on high for about 2 minutes until smooth. Scrape the batter down with a spatula and mix again.

2. Add vanilla, sugar and eggs. Blend well. Repeat process of scraping the batter down and mixing until creamy.

3. Pour the cheesecake batter over the brownie and spread lightly with a spatula until brownie is covered.

4. Heat Nutella in the microwave for 30 seconds and stir until creamy. Make 4 stripes on the cheesecake topping about 2 inches apart.

5. With a butter knife, swirl Nutella into a pattern on top of the cheesecake batter. Try not to penetrate the brownie layer with the knife.

7. Cool for 30 minutes, then cover with wrap and refrigerate for at least 2 hours.