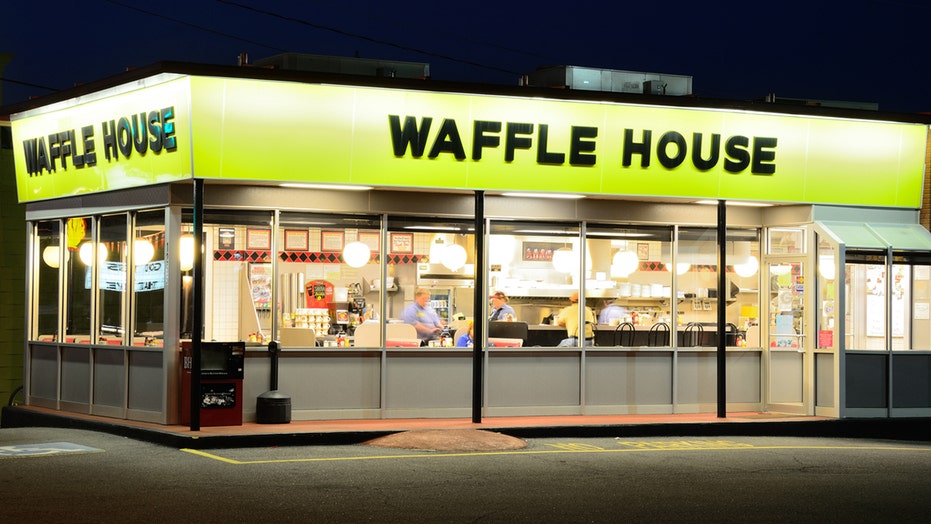 Lee Sanderlin did not have a good fantasy football season — and he certainly paid for it.

The journalist apparently came in last place in his fantasy football league and, as punishment, had to spend 24 hours in a Waffle House in Brandon, Mississippi, earlier this week.

The catch was that for every waffle he ate, Sanderlin could take one hour off his time at the restaurant.

In total, Sanderlin spent 15 hours inside the Waffle House and ate 9 waffles during that time. Sanderlin also documented his experience live on Twitter, which quickly went viral.

Within another hour or so, Sanderlin had eaten another two waffles.

“Four waffles down,” he wrote. “Been here for 1.5 hours, so that means I have 18.5 to go. I am already in immense discomfort. Please, somebody, launch me into the sun.”

Sanderlin continued to give play-by-play updates throughout his night, including what music was being played in the restaurant and his internal struggle to eat more waffles.

At 7:19 p.m. CT, he tweeted, after struggling to finish his fifth waffle: “Found that extra something and polished off waffle 5. That’s 5 hours shaved off and an incredible amount of agony for my intestines. 16 hours to go.”

By 2:35 a.m. CT, Sanderlin wrote: “Waffle 7 was easily the worst tasting one but I finally put it down. Maybe it’ll come back up soon. Who can say, 7ish hours to go.”

At around 4 in the morning, Sanderlin announced his plan to get out of the restaurant by 7 a.m., saying that he was going to order two more waffles, after running out of podcast episodes.

Once 6 a.m. rolled around, Sanderlin ordered the final two waffles and after some struggle to persevere, he ate them by 6:37 a.m. CT and was able to leave by 7 a.m.

“The sun is rising, it’s a new day and I’m never eating waffles again,” Sanderlin tweeted. “That’s 9 waffles and 15 hours in this restaurant. S/o to the staff for letting me hang out on a slow night (I tipped them well don’t worry). This was horrible and I recommend no one ever do this.” 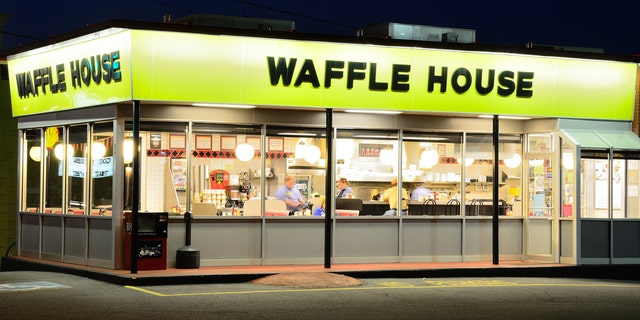 Lee Sanderlin, 25, from Mississippi, spent 15 hours in a Waffle House and ate 9 waffles all because he came in last place in his fantasy football league. (iStock)