Restaurants and cafes up and down the country have begun to slowly get back to normal in recent weeks as the government permitted them to reopen. But while it’s good news for businesses who have struggled in the lockdown, some are still struggling to stay afloat. However, the chancellor’s announcement of slashing VAT for hospitality and tourism companies has proven a welcome move – and now it’s being passed down to customers.

Chancellor Rishi Sunak announced the measures on July 8 as part of his “Plan for Jobs” speech.

He revealed that from July 15, the rate of VAT for the two sectors was going to be cut from 20 percent to just five present.

In his speech, Sunak said: “I’ve seen in the last few weeks how hard businesses are working to make their premises safe.

“And if we follow the guidance, and respect what they ask us to do, we can all enjoy summer safely.

“In turn, we need to give these businesses the confidence to know that if they open up, invest in making their premises safe, and protect jobs, demand will be there, and be there quickly.”

READ MORE: Poundland to transform shops with frozen and chilled food in 60 stores 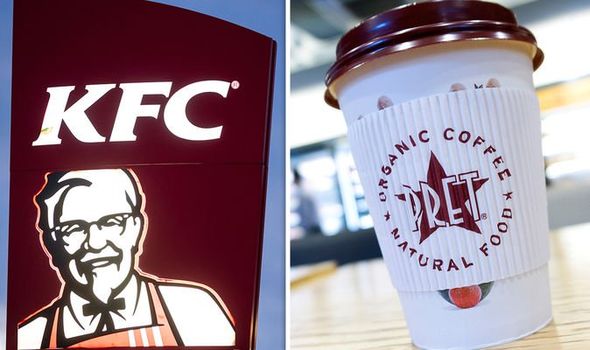 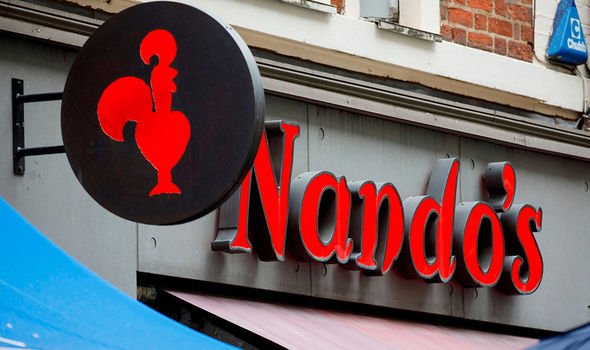 The new cuts apply to eat-in and takeaway food from restaurants, cafes and pubs, as well as accommodation and attractions.

“This is a £4 billion catalyst for the hospitality and tourism sectors, benefiting over 150,000 businesses, and consumers everywhere – all helping to protect 2.4 million jobs,” the chancellor added.

However, it was down to the businesses to decide whether they would pass the saving on to their customers – and many chains have already revealed huge price cuts for their menus.

It will be welcome news for those who have been missing their shop-bought lattes and dinners out during the coronavirus crisis.

DON’T MISS:
VAT on food: Do you pay VAT on food? [EXPLAINED]
Asda food boxes are cheaper than ever with 31 items for just £25 [COMMENT]
McDonald’s is bringing back its breakfast menu in 42 branches [NEWS]

So which restaurants and cafes have reduced their prices to reflect the lower VAT?

The chicken chain has taken 50p off its boneless banquet box, mighty bucket for one, four-piece boneless dips meal and four-piece Colonel’s meal for one.

It’s also taking £1 off all of its sharing buckets.

Posting a statement on Facebook and Twitter, KFC said: “The VAT reduction comes at a time of continuing economic uncertainty, so it’s an important initiative in terms of supporting our restaurants and teams, as well as the recovery of our whole sector. It’s welcome news.

“Equally, our fans have been amazing over the past few months, so we are rolling out price reductions across our menu too.”

The chain said there could be more deals on the way as well as taking part in the new Eat Out to Help Out scheme. 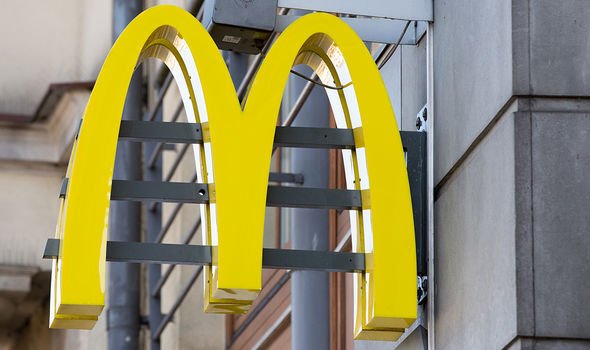 Pret A Manger is cutting the prices of its takeaway lattes by 35p to just £2.40, and other savings can be made on its food range.

“We’re passing back temporary VAT savings to our lovely customers. So over the next few days, you’ll notice lower prices on your favourite coffees, hot food and a few other treats. Cheers!” the company wrote on Twitter.

Nando’s has said it will be passing on 100 percent of the benefits from the tax cut to its loyal customers.

“Feed your craving for less! We’ve passed on 100 percent of the VAT saving to you,” it said on its website, which should mean price cuts across all foods on the menu.

McDonald’s has recommended that its franchises drop the prices on some of its most popular products, including the Big Mac, Quarter Pounder and even coffee.

This will include a 40p reduction on Extra Value Meals, 30p for every Happy Meal, and 50p on breakfast meals.

However, the price cuts will only be available for drive-thru and takeaway, not delivery, and not everything on the menu will be reduced.

Franchises are also able to set their own prices – so it’s worth checking your local on the app before you go to avoid disappointment.

Starbucks is passing on the full 15 percent discount to its shoppers too, cutting the prices of its coffees in its own stores.

It’s been reported that some eat-in foods will also have a price cut – but it won’t apply to takeaway items.