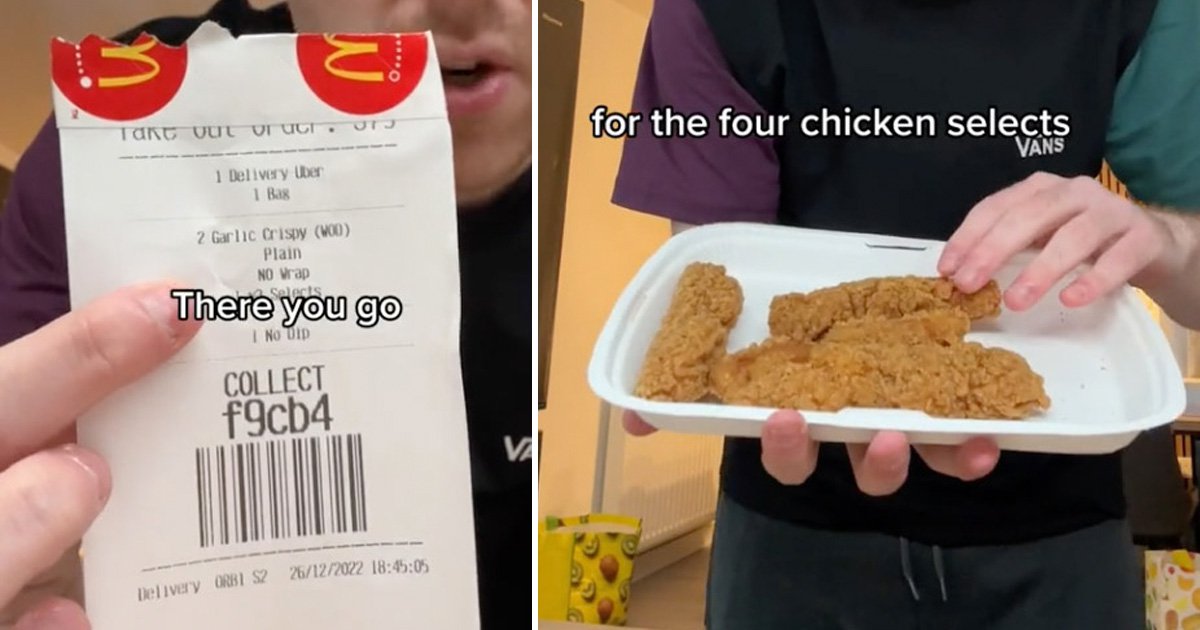 A man is branded a ‘hero’ by online users after revealing a genius way to get extra food while spending less at McDonald’s.

Darren Dowling, 26 is well known on TikTok for his crazy takeaway antics, boasting more than 47,000 followers.

Now, the Glasgow native has impressed fans with a moneysaving Maccas hack.

In the video – which now has more than 1.2 million views and 74,600 likes – Darren reveals how to get four Chicken Selects for less than the price of three.

‘I was scouring the UberEats app for good deals,’ he says.

‘Once I realised you could take everything off a burger, I wondered if it was the same with chicken.’

He had a look at the wraps of the day and came to a life-changing realisation.

‘You [could get] two chicken selects in, and they were cheaper, so I had to try it,’ said the creator, who goes by Dazza.

Normally, three Chicken Selects cost around £4.30 as a set portion.

However, with Darren’s handy trick, customers can a get four pieces for just £3.98 – a bargain.

During the video, Dazza explains that if you purchase two wraps of the day and have everything removed but the chicken, you will end up with four Chicken Selects.

When the TikToker’s order arrives, he shows how the staff have put the four Selects into a pancake box, describing the food as ’absolutely beautiful.’

‘All you need to do is just order the two wraps of the day, take everything off it and there you go,’ he adds.

The hack left many people amazed, with one person calling Darren’s video ‘monumental.

A McDonald’s worker ‘applauded’ his efforts, while another user called him ‘the hero we deserve’.

Until the fast food chain cottons on, cheap chicken is officially on the menu.