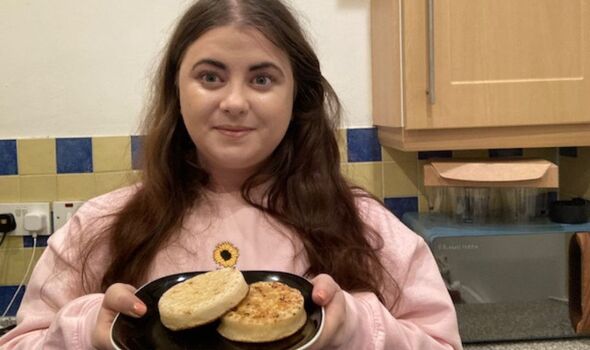 Crumpets are the perfect breakfast food, especially when they are toasted just right and slathered with butter.

For many, the go-to brand for a crumpet craving is Warburtons, but there are plenty of supermarket own brands out there to choose from.

When Waitrose announced it was removing all Warburtons products from its shelves, claiming that the “performance” of its baked goods “didn’t meet expectations”, shoppers were not happy.

The supermarket’s decision followed reports that crumpet sales at Waitrose have dropped by 15 per cent over the last year, amid sales increases of 10 per cent in the wider crumpet market.

In response to Waitrose’s decision, Warburtons hit back, arguing that “quality is paramount” to the brand.

They added: “We know that consumers recognise the quality and value of our products, and that is why we are the number one bakery brand in the UK.”

The company’s crumpets, lauded as the UK’s number one, have always felt like the benchmark to meet, and few have succeeded.

After Waitrose dealt Warburtons a severe blow, The Mirror’s Julia Banim decided to compare the two brands to see who came out on top.

Here is how she got on:

Julia wrote: “I’ve never tried anything from Waitrose’s baked goods selection, so was curious to see how its crumpets measured up to Warburtons’ classic offering.”

Warburtons Crumpets – pack of six for 85p at Sainsbury’s

“As ever with Warburtons, the crust of the crumpet crisped up nicely, offering a satisfying, distinctive crunch.

“The innards were blissfully airy, with a moreish spongy texture that didn’t feel too doughy or overly yeasty.

“Best of all, the soft, porous craters pooled with butter, which trickled right the way through to the firm base. Heaven.

“Warburtons’ crumpets don’t have a particularly strong flavour, but I personally wouldn’t add a thing.

“The light bready notes are incredibly comforting and make for a solid base for pretty much any topping under the sun.

Waitrose Sourdough Crumpets – pack of six for £1.55 at Waitrose

“These crumpets have received rave reviews on the Waitrose website, with shoppers praising their freshness and firmness. I was excited to try one for myself.

“After toasting a crumpet for the recommended two minutes, plus a little extra, I was struck by the fact that, although the crumpet was lovely and warm, it didn’t have the signature crunch on top that for me really makes or breaks the crumpet eating experience.

“As a sourdough crumpet, the inside was also much denser than the Warburtons’ offering.

“This feature, paired with the smaller craters, meant the melted butter wasn’t dispersed around the honeycomb structure quite so evenly.

“For the most part, the butter remained glistening on top.

“This aside, I was struck by the interesting and quite pleasant sourdough taste which I feel would have matched wonderfully with a sharp raspberry jam.

“Overall, I’d have to say that the Warburtons crumpet was by far the champion here, with every aspect tailor-made for a spirit-lifting crumpet experience.

“From the fresh taste to the incomparable mingling of textures, Warburtons truly is the King of Crumpets, and I will be dismayed if there ever comes a day when I can’t pick up a packet at my local supermarket.

“The Waitrose crumpet was certainly tasty, and I would try it again, but it just didn’t have the sort of comforting mouthfeel I’ve come to expect from a crumpet.

“It also had a slightly powdery baking soda aftertaste that wouldn’t be everybody’s cup of tea.”