Soda drinkers and Halloween fanatics across the globe have been completely enthralled by Mountain Dew’s latest flavor, appropriately called VooDew. The undeniably mysterious beverage has gained a tremendous amount of attention since its Aug. 26 release earlier this week. And if you haven’t already had the chance to try it out for yourself, you’re most likely wondering, "How long will Mountain Dew’s VooDew flavor be available?" So, here’s absolutely everything you need to know about the elusive new beverage.

For those who aren’t already familiar with the brand’s new soft drink variety, let me bring you up to speed. Mountain Dew’s VooDew flavor is a mysterious, milky-colored concoction, which the company sells in Halloween-themed 20-ounce bottles and 12-ounce cans. And aside from that on-fleek branding, the flavor is reportedly quite good. One fan took to Twitter to compare the taste to a blend of "cotton candy mixed with hints of candied apples," while another fan said it’s more reminiscent of "creme soda with lime lollipops in it." Regardless of which one VooDew emulates more, all of this is making it sound straight-up delicious. I’m dying to try it right now.

If you’re interested in giving VooDew a shot, you can find it in a variety of major retailers, including Walmart, Circle K, and participating 7-Eleven locations, according to a Mountain Dew representative. But sadly, it seems as though this voodoo hex won’t last forever. In fact, according to the brand, Mountain Dew’s VooDew is a "limited time offering." And because of its seasonal Halloween theme, one could only guess that it will probably be available until (or shortly after) Oct. 31. So I would definitely try and conjure up a few bottles as soon as you possibly can, if I were you. 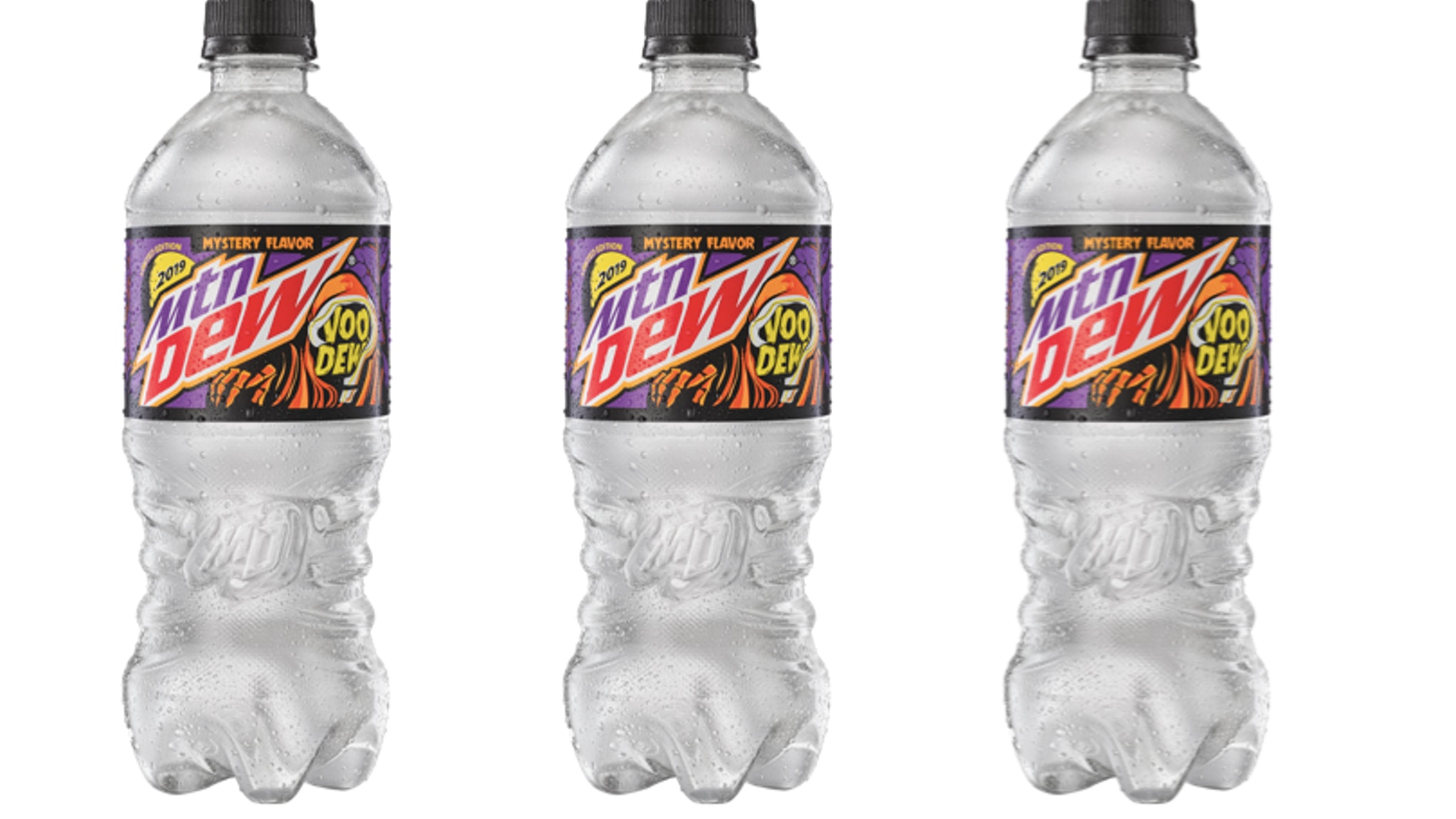 Like I said before, one of my absolute favorite things about Mountain Dew’s new flavor is the creative and spooky branding. With a giant Grim Reaper graphic, it’s seriously perfect for spooky season. But the brand’s efforts in bottle design comes as no surprise — Mountain Dew is known for its creative labeling. Earlier this year, for example, the brand released a special Game Of Thrones can. It was appropriately called “A Can Has No Name," as a nod to Arya Stark’s training with the infamous Faceless Men of Braavos. The can changed color based on temperature. When at room temperature, it was all white. But after refrigeration, it would reveal the names on Arya’s kill list, including lines through those she knocked off prior to Season 8. It was pretty epic, if you ask me.

Although I haven’t given Mountain Dew’s latest and greatest VooDew flavor a shot yet, it sounds pretty unbelievable. Let me repeat, though: You’ll want to get it as soon as you possibly can — it sounds like it’s only going to be around for the fall season. So either try and stock up as much as possible, or maybe place a hex on Walmart to keep the flavor in stock. Either way, I fully support your witchy intentions.