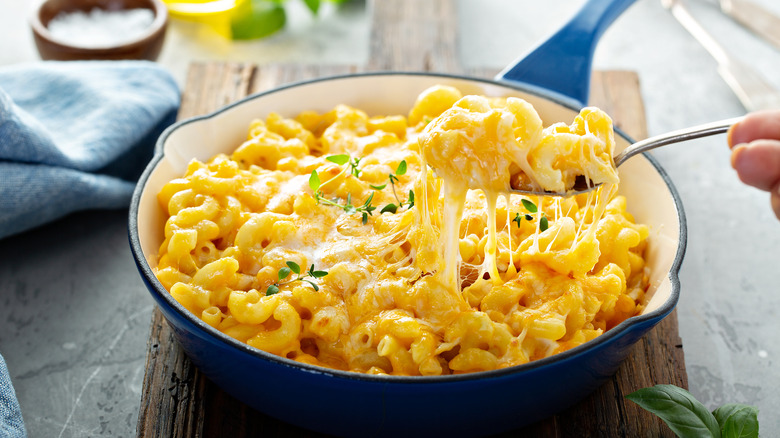 When it comes to cheesy food, macaroni and cheese is the top-tier cheese-centered food that everyone cannot get enough of. Whether you’re cooking for yourself, your family, or a dinner party, you can never go wrong with making mac and cheese as a meal or a side dish. Mac and cheese is a staple food of many families, as nothing makes you feel more satisfied and warm as the cheesy goodness that comes with every batch.

While mac and cheese is pretty easy to make, a lot of people tend to make some rather surprising mistakes when they’re in their own kitchen. First and foremost, many opt for Kraft and other boxed mac and cheese because it’s easy, simple, and quick. But, in the long run, making homemade mac and cheese from scratch will 10 times out of 10 always taste better than making it from a box.

And, if you do choose to make your own whip of mac and cheese from scratch, there’s one mistake you absolutely have to avoid.

The biggest mistake when making homemade mac and cheese 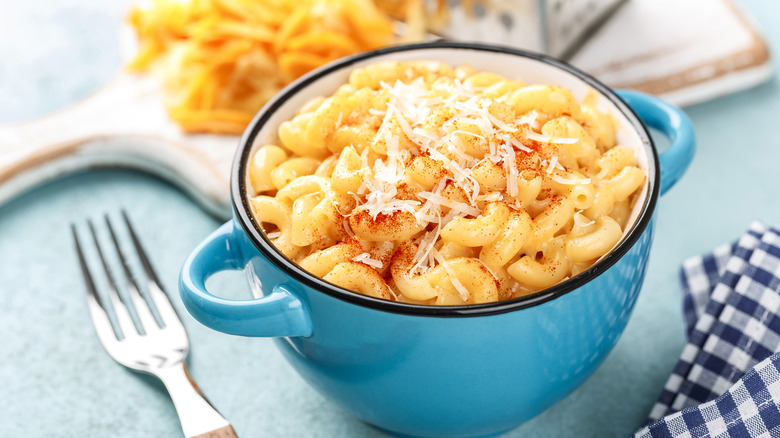 When making homemade mac and cheese, it’s a bit more intricate than making it from a box. Many think that you simply make some pasta and melt the cheeses on top, but that’s hardly the case. When making homemade mac and cheese, you first have to make a Béchamel sauce (via Picky Palate), which is basically a combination of flour, butter, and milk. The reason you make a Béchamel sauce for mac and cheese is so that your sauce is creamy, thick, and doesn’t separate when the pasta comes into the mix.

One of the biggest sins that people commit when making homemade mac and cheese is totally messing up the roux. Before adding milk to create the Béchamel, you have to combine the butter and flour to make the roux. While it seems rather simple to combine these three ingredients, it has to be done in a very specific way in order to ensure it turns out right; the key is not to rush the process (via Today). First, you want to combine the flour and the butter in the sauce pan and make the roux on its own before adding the milk. One secret step, according to The Kitchn is to heat your milk up before adding it to the flour and butter, so it’ll cook and simmer quicker. However, you want to ensure you continue to whisk it while it heats, so it doesn’t stick to the bottom of the pan (via Our Everyday Life).

If you nail this part, your mac and cheese should turn out delish!