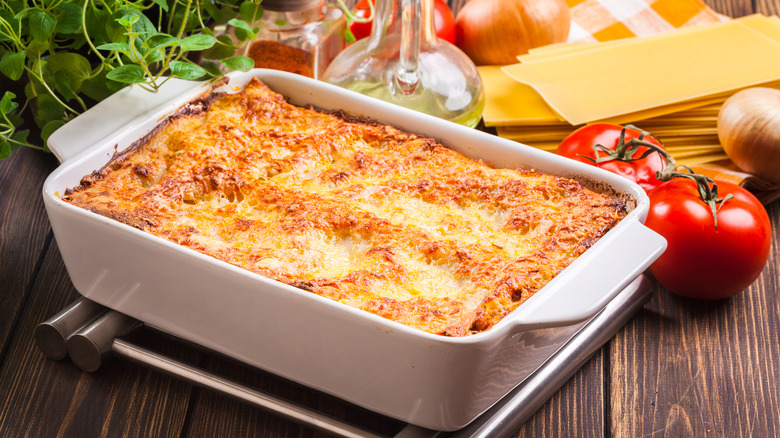 Lasagna is one of everybody’s favorite pasta dishes -– no matter how light and healthy we try to eat, when confronted with a pan of lasagna fresh out of the oven, it’s impossible to say “I’ll just have a tiny sliver.” The one drawback (or maybe it’s a safety net protecting us from our inner Garfield) with lasagna is that it’s not all that easy to make. Whether or not you pre-boil the noodles, you still need to layer them with the sauces and cheeses and any other fillings you may be using such as pepperoni, meatballs, or spinach. After all that work, lasagna then takes an additional hour in the oven, plus a decent cool-down period so that you don’t burn your mouth on molten cheese. It’s just never going to be one of those meals you can have on the table in a hurry.

As long as you’re committing to making such a labor-intensive dish, you might as well make sure you get it right, and that starts with the ingredients. Specifically, one main ingredient: the creamy filling.

Why you should re-think cottage cheese 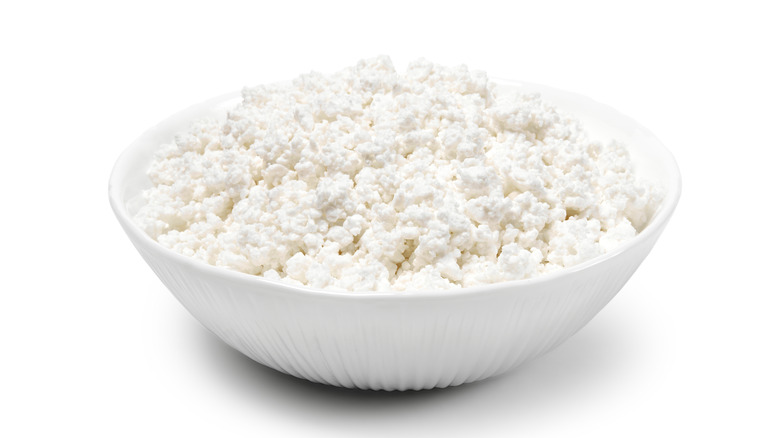 For the lasagna filling, you may use béchamel, which is a delicious, rich sauce, or you may use ricotta, a slightly tangy soft Italian cheese, but you should NOT be using cottage cheese, which is a sad relic of mid-century diet platters. Cottage cheese and ricotta may have a similar appearance, but they’re not at all the same thing. While both cheeses are white and soft, Chowhound points out that cottage cheese is much lumpier and wetter than ricotta. It is also significantly higher in sodium, if admittedly lower in fat (hence its enduring popularity with diet creators, if not the dieters who’ve been forced to eat the stuff). Unless you’re a fan of soggy lasagna, they advise steering clear of using cottage cheese in this dish.

If you are on a strict calorie budget, however, and are wanting to pare every last fat gram from your lasagna, in this case cottage cheese may be called for. If you absolutely have to make such a sacrifice in the name of good nutrition, though, you should at least strain or blend the cottage cheese to give it a slightly more ricotta-like texture, and you might also want to cut back on any salt in the recipe. 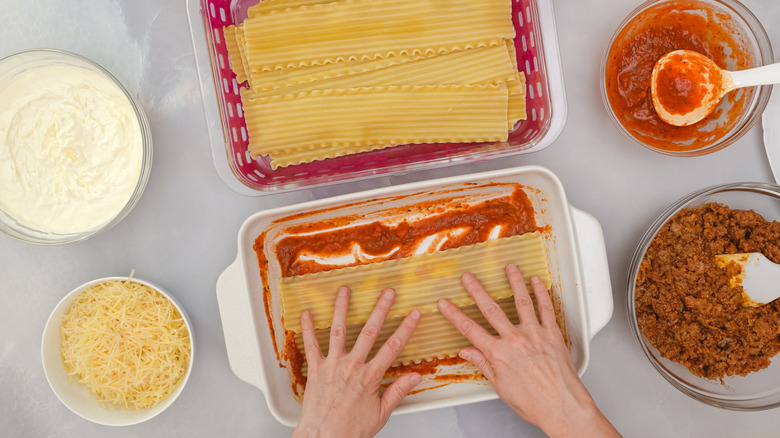 There is one other reason, though, why you might be tempted to make lasagna with cottage cheese despite ricotta’s evident superiority. Ricotta, alas, tends to be quite a bit pricier. On a Wine Spectator forum thread devoted to ricotta vs. cottage cheese in lasagna, the latter option had no supporters, but one person offered a possible explanation as to why cottage cheese may be used. “My assumption is that CC was used as a cheap and readily available alternative — this is common I believe in bulk made lasagna — for example made in school cafeterias or camps etc,” they wrote.

Of course, if you are on Team Béchamel, like the editors of Bon Appetit, you’ll be glad to know that making your own béchamel sauce is fairly inexpensive if you’re willing to put in the effort. All you need to make it is flour, butter, and milk, as well as a little time and patience. Yet another idea comes from the Barefoot Contessa: why not try making your own ricotta? Ina Garten swears by her four-ingredient DIY version that she makes with whole milk, whipping cream, white wine vinegar, and salt. Homemade ricotta and béchamel both make for low-budget lasagna fillings that taste so much better than cottage cheese ever could.