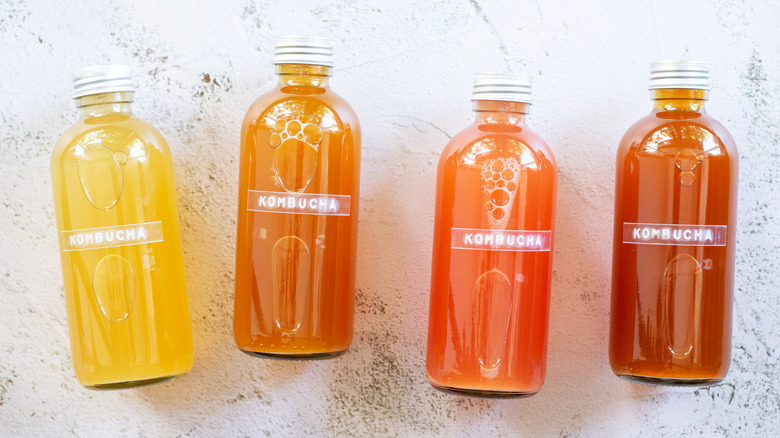 Plenty of celebs and lifestyle influencers drink kombucha and promote it to their fans and followers, but what exactly is it? According to WebMD, kombucha is a fizzy, fermented tea drink that is both sweet and sour in taste. It’s full of probiotics, and people have been fermenting it for about 2,000 years. It comes from Asia, where it was first made in China and Japan before moving westward. While no science supports these claims, WebMD noted that some believe kombucha to be so healthy that it fights cancer and hair loss, among other health issues.

Kombucha may be an acquired taste, but it’s refreshing, healthy, and something you can easily make at home as long as you know the basics. In fact, kombucha can have surprising effects on the body when consumed every day. The most basic kombucha drinks are composed simply of tea, sugar, and yeast, which are combined and left to ferment (via WebMD). In addition to probiotics, kombucha contains plenty of B vitamins. However, other positive impacts depend on the tea it’s made with, as each tea offers its own health benefits. Green tea, for example, can help burn fat.

While kombucha appears as a miracle beverage to some, it can be challenging to make at home if you’ve never done it before. Let’s get into the mistakes you want to avoid when making kombucha.

Are you using the wrong kind of tea in your kombucha? 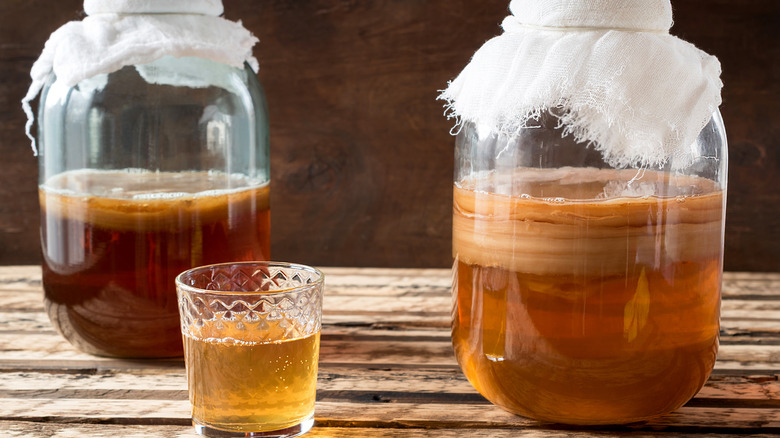 Mistakes made when making kombucha can stem from a variety of issues, from storage to preparation to ingredients, but the good news is that they’re all avoidable. For example, according to Bon Appétit, one big mistake is trying to use “fancy” sugar options in your kombucha. Because kombucha requires a fermentation process, the bacteria needs something to feed it in this process. The food? The sugar. So it’s best to stick to your regular household granulated sugar.

Moreover, especially if it’s your first time making kombucha, you should taste it every day. Fermenting it too long (or not enough) will impact your end result. According to Bon Appétit’s Brad Leone, fermenting too long leads to a vinegar taste, while not fermenting enough essentially gives you sweet tea.

The biggest mistake you can make, though, is not using the right tea. You must stick to standard tea to make kombucha, according to Kombucha Kamp, not herbal or flavored teas. This has to do with the fermentation process, and you can always flavor the tea later, so don’t worry about that. As Leone at Bon Appétit explained, black tea is the best in kombucha making. In fact, if you want to use green tea, he recommended cutting it with black tea to ensure you get a good end product. Some herbal teas even have antibacterial properties, per Kombucha Kamp, which will stop the fermentation process before it can even begin. Because of this, you want to stick with black tea or combine black tea with other legitimate teas (some herbal and flavored teas are only herbs with no actual tea plant).