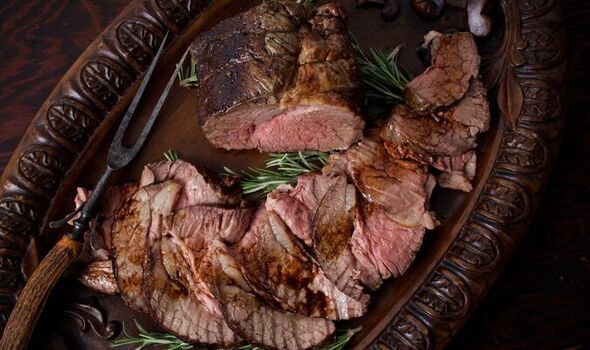 Of those polled, almost half (46 percent) weren’t able to identify where a sirloin steak comes from on a cow, and a further 48 percent couldn’t place where a fillet steak comes from.

Despite this, the sections Brits are confident they could identify on the animal include the rump (56 percent) and oxtail (42 percent).

The research was commissioned by Ladies in Beef to celebrate Great British Beef Week (23rd-30th April), and found that when it comes to cooking beef, people are most confident with mince (59 percent) and sirloin steak (54 percent).

Jilly Greed, Ladies In Beef co-founder, said: “Despite being a meat-loving nation, it’s clear many are confused about where different cuts of beef come from.

“Ordering steak isn’t always straightforward, and research has proved that there’s plenty of room for improvement when it comes to the nation knowing which parts of a cow we’re actually consuming.

“Great British Beef Week is about celebrating British beef and our British beef farmers, who work all year round to produce top quality meat.

“Britain’s unique climate is well-suited to livestock, with plenty of rain and an abundance of grass which in turn produces delicious, nutritious beef.”

The study also found more than two-thirds (68 percent) of people surveyed were unable to correctly identify fillet steak as the most expensive cut.

Sirloin, rump and T-bone are the best-known steak cuts, while shank, chuck and shin are not well known, according to the research.

Of those polled, 67 percent are meat eaters, and on average consume two cuts of steak each month and four beef-based meals.

Nearly four in five (79 percent) agreed it’s important to them that the beef they eat both at home and when dining out is British.

A further half believe British red meat is sustainably sourced, and 42 percent think UK farming practices are more sustainable than other countries.

The nation’s favourite cuts to eat are fillet (22 percent), sirloin (21 percent) and ribeye (11 percent), according to the OnePoll.com figures.

And the most popular beef-based meals are roast beef (45 percent), burgers (32 percent) and spaghetti Bolognese (31 percent).

The most common styles to cook at home are mince (52 percent) and steak (19 percent) – however, over a quarter (27 percent) admitted they tend to eat steak when dining out because they can’t cook it well.

Jilly added: “Great British Beef Week is a time for us to champion this, so the nation can enjoy tucking into local, sustainable beef, that’s full of excellent flavour too.”