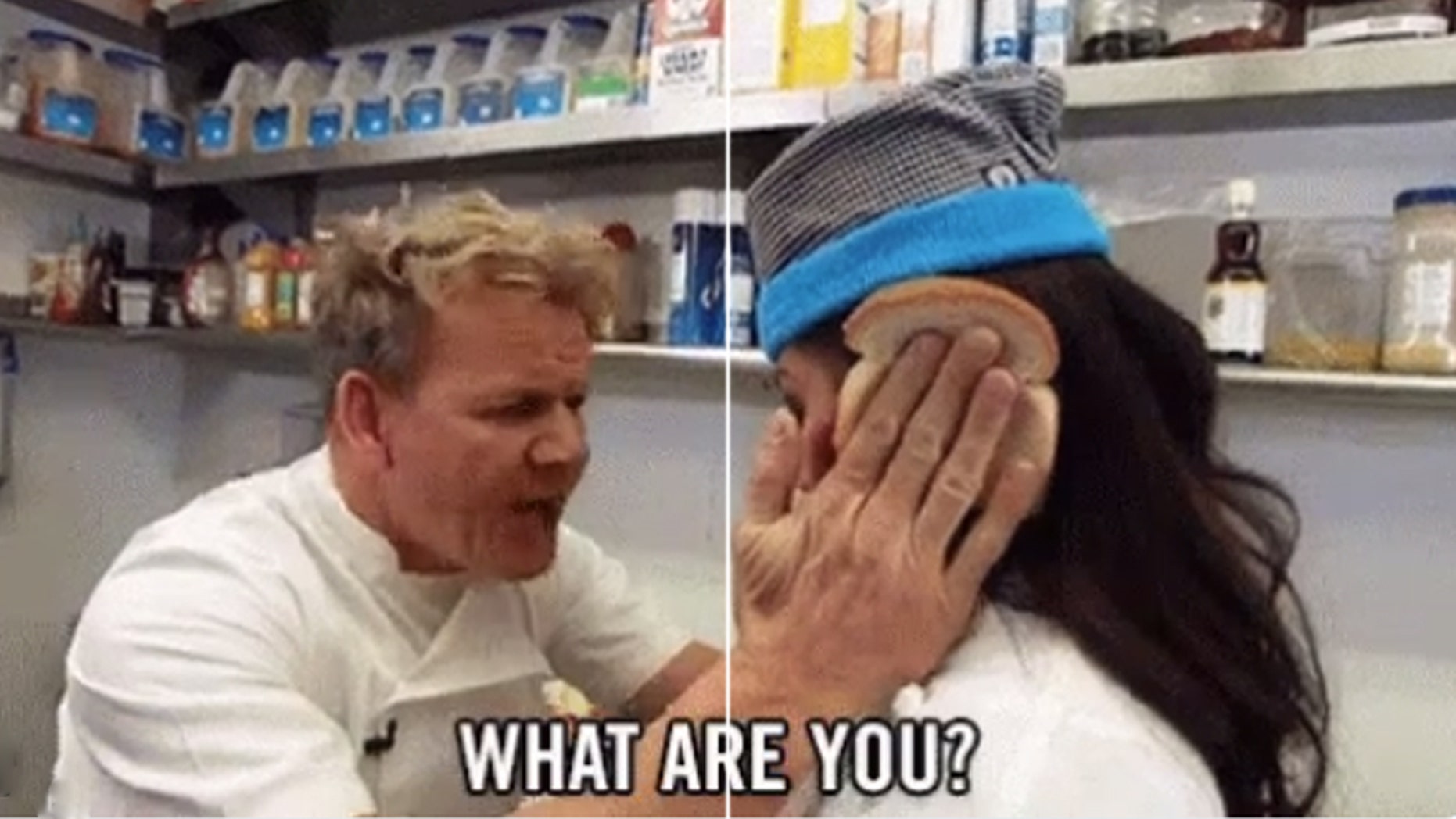 The "Idiot Sandwich" scene now has its own merchandise.
("Hell’s Cafeteria")

Gone are the days of DIY “Idiot Sandwiches” now that Hell’s Kitchen restaurant has announced its newest wearable merchandise.

Gordon Ramsay announced on “The Late Late Show with James Corden” that his restaurant, Hell’s Kitchen, would be selling earmuffs based on the now-meme-famous scene from the “Hell’s Cafeteria” parody skit with Julie Chen and James Cordon.

For those unaware of the viral scripted altercation, Ramsay places pieces of white bread on either side of a Julie Chen’s head. He then screams in her face, asking her what she is, to which she replies that she is, in fact, an “Idiot Sandwich.”

Twitter had a field day with the scene, creating a gif that has been shared around all corners of the Internet.

Now, you too can get in on the fun by purchasing a pair of the bread-lookalike earmuffs that feature the words “Idiot Sandwich” on one side and the Hell’s Kitchen logo on the other.

It has not been reported how much dough the specialty bread earmuffs will cost, and as far as anyone knows, the rampaging British chef is not included with the purchase. (Looks like you'll just have to arrange for someone else to scream in your face, instead.)

Ramsay admitted to Corden during the segment that the viral clip continues to come up in his regular life.

“I’ll be at a book signing […] and they’ll just take out two slices of bread from their satchel and say, ‘Can you call me an idiot sandwich?’” Ramsay told Corden. He also confessed that students at his children’s school come up to him with bread as well.