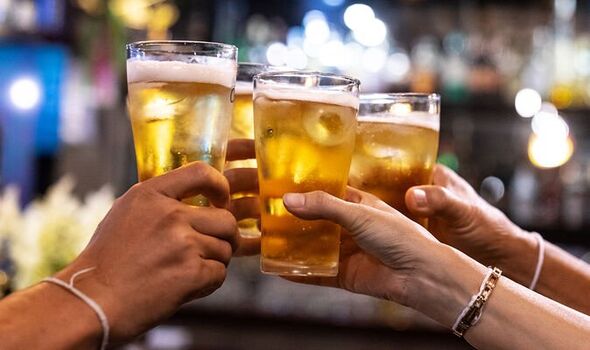 From next year, the price of beer could reach a whopping £9 a pint, according to warnings. It comes as inflation hit 10.1 per cent in the latest figures released on Wednesday, August 17, reports Birmingham Live.

In London, an average pint costs a national high of £5.50, according to finder.com, but the most expensive is up at £8 – and that could rise to £9 by next year.

“Combined with the growing cost-of-living crisis for consumers, it means trading conditions will be very tough over the remainder of 2022.”

The cost-of-living crisis was catapulted further up the agenda in the Conservative leadership election as new figures showed a worse-than-expected hit in July with the Consumer Prices Index inflation (CPI) reaching 10.1 per cent.

“Price rises in other staple items, such as pet food, toilet rolls, toothbrushes and deodorants, also pushed up inflation in July.

“Driven by higher demand, the price for package holidays rose, after falling at the same time last year, while airfares also increased.

“The cost of both raw materials and goods leaving factories continued to rise, driven by the price of metals and food respectively.”

The new Conservative leader, whether it be Liz Truss or Rishi Sunak, has a huge job ahead of them as the United Kingdom feels the bite of the cost of living crisis and faces the highest inflation rate in 40 years.