A Florida-based McDonald’s operator made the holiday season a little brighter for an autistic 15-year-old boy who loves the brand’s golden arches.

Tim and Tracy Johnstone, both owners and operators of four McDonald’s restaurants in Panama City, Fla., came across Devon Winters’ admiration for the iconic logo in October through a Facebook post his mother shared asking if anyone had a spare McDonald’s Arch they could install on their property.

The Johnstones were moved by the family’s passionate search and Devon’s countless drawings of the Golden Arches enough that they gave the young teen a McDonald’s Arch that got destroyed by Hurricane Michael two years ago.

But, little did the Winters family know, the Johnstones and McDonald’s US were cooking up additional giving plans that they would pursue two months later. 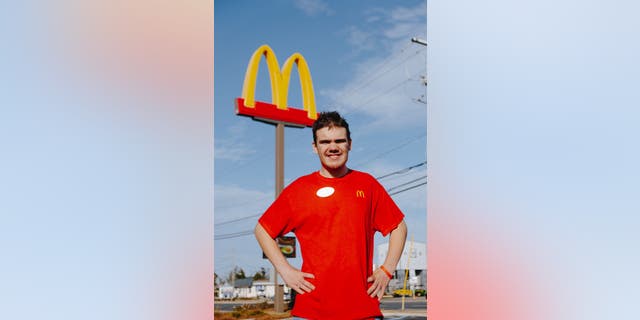 Devon Winters, 15, has been creating art based on McDonald’s Golden Arches for more than a decade. (McDonald’s US)

"When we heard about Devon’s story and his love for the Golden Arches, we wanted to do something special for him and his family this holiday week," Tracy Johnstone told Fox News. "It just warmed our hearts to see his joy when we delivered the Golden Arches to his home, so we kept in touch and wanted to make his holiday super special just like that day."

On Wednesday, Devon and his family traveled from Columbus, Ga., to Panama City under the impression that they were attending a special event.

When they arrived, they were surprised to find out that Devon had his wish list fulfilled with an iPad, weighted blanket, noise-canceling headset and artsy tools, but the Winters family had also received a new car.

The family car they had already was out of commission because it needed repairs, which provided challenges when it came down to getting Devon to school and appointments.

"We feel overwhelmed and blessed. Devon doesn't get to participate in a lot of things other kids do. We wanted to make something special for him. We wanted to make his wonderland, and finding the Golden Arches was part of that," Devon’s father, Brent Winters, told Fox News. "[But,] this is so far above and beyond. And then to receive a car in a real time of need is going to change our lives. You hear all the negativity in the world. You don't hear a lot of the good news stories. So it's nice to be part of one."

The car and the rest of the presents were a welcomed, surprise Tiffany Winters said.

"Now we can take him to all his programs and his doctor's appointments," Devon’s mother, Tiffany Winters said "And he is going to have a field day with all the art supplies." 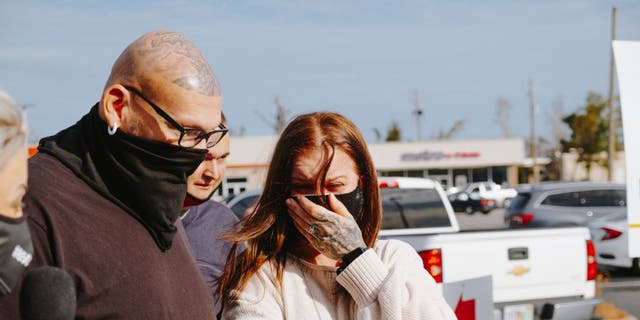 The Winters’ family car has been out of service due to needed repairs. (McDonald’s US)

According to his parents, Devon has been drawing the McDonald’s Golden Arches since he was 2- or 3-years-old. And his affection for the symbol is certainly appreciated by the Johnstones, who own a total of 7 restaurants.

"In a year of unprecedented challenges, we’re reminded of how an act of kindness can uplift one another. It was truly such an honor to see Devon’s face light up when he saw his gifts, and to know that we could help him and his family means everything," the pair said in a joint statement. "I hope they all know how much Devon’s passion for the Golden Arches will continue to shine among us every day."