Craig Harker, 34, ordered 33 triple cheeseburgers and one single burger from a McDonald’s drive-thru to stack 100 patties into a tower of beef. The monster burger was so tall it dwarfed his eight-month-old son, Teddy. Not wanting to fill up on carbohydrates, Craig made sure to remove the buns, but it still weighed about 3kg.

Craig, who runs the British Eating League, split the burger stack in two and used kebab sticks to stop them falling over.

But 35 minutes into his challenge, he was forced to call it quits after only managing to eat 24 burgers. The dog and his family finished off the rest.

Mr Harker, who also runs the George Pub and Grill in Stockton-on-Tees, County Durham, said: “It is safe to say I failed it miserably. 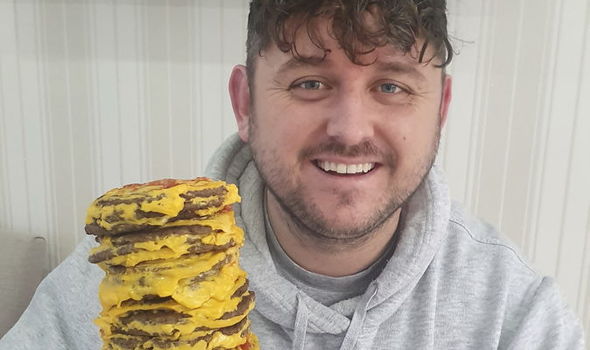 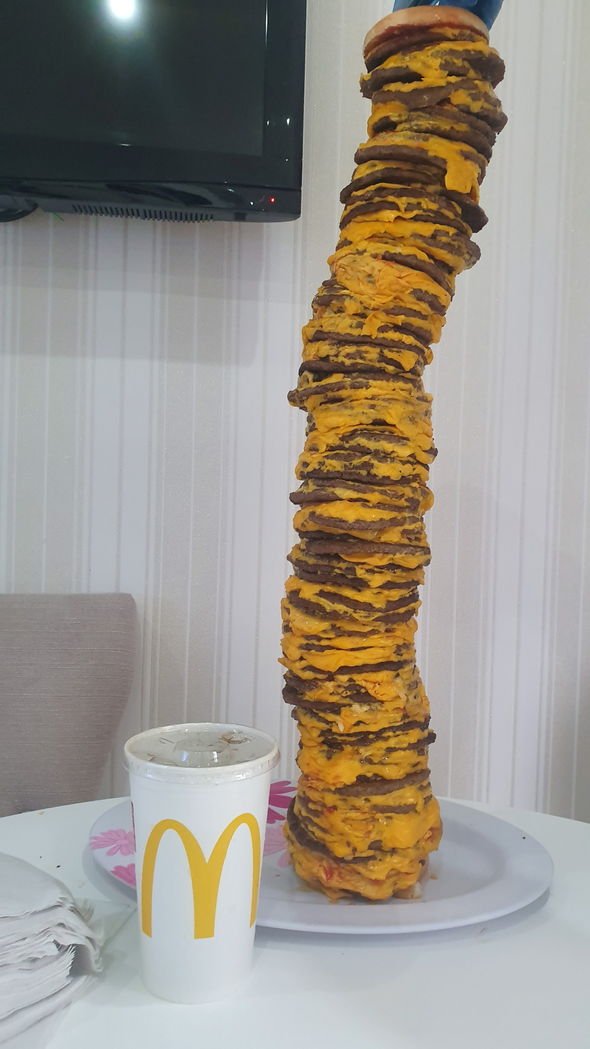 “I’m not a competitive eater. I run challenges but as for the eating side, I’m just a normal dad who loves food.

“I wanted to make the biggest cheeseburger in the world. When I picked it up from the drive-thru it was quite heavy. It felt about two to three kilos.

“Although, despite ordering all those burgers, McDonald’s forgot my fries! There was only one portion. 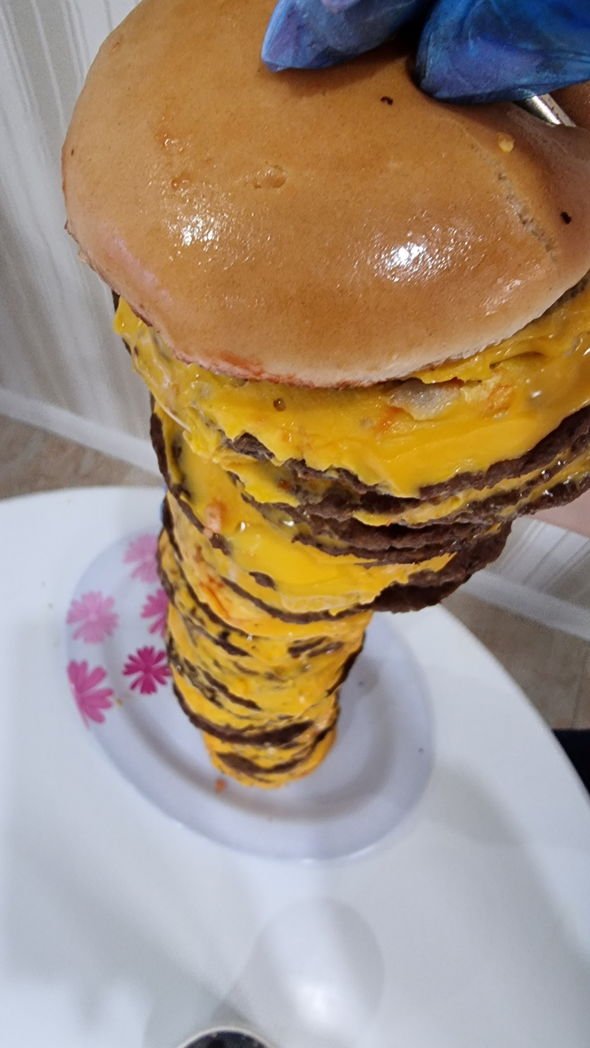 “At first it was more about the creation. I wanted to see what it would look like. Turns out it’s a lot harder than what it looks like!”

Mr Harker completed the challenge on March 10 and uploaded the video to Facebook.

People were quick to comment, amazed by Mr Harker’s attempt. One said: “That is massive, it is making me hungry and wanting a McDonald’s now.” 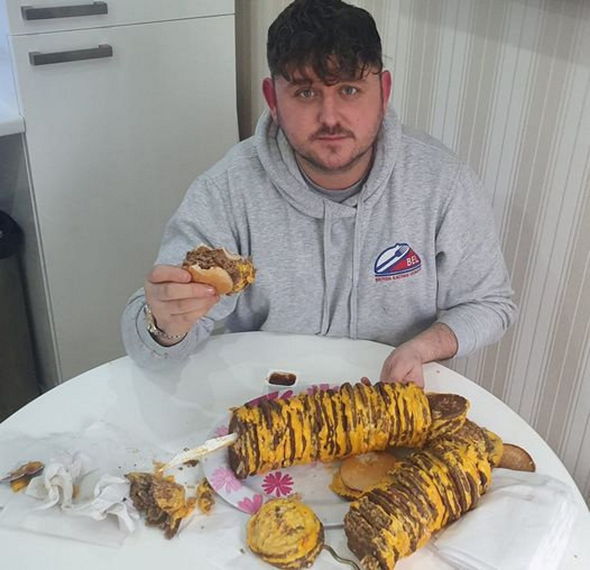 Another joked: “I would pop that down like paracetamol and then go for a pint!”

A third was concerned about what happened to the remaining buns: “Let’s see what you really do with all the spare buns, in the bin no doubt!” To which Mr Harker replied: “Not a single burger wasted.”