A German court has ordered a baker to stop using sawdust in its cookies.

News of the court ruling was uncovered by Juris.de, a legal news website based in Losheim, Germany. The baker, who has remained unidentified, has reportedly run a mail-order business that’s been selling sawdust cookies for around 20 years.

The Verwaltungsgericht Karlsruhe court deemed the ingredient as unfit for human consumption.

"These cookies must not be allowed into the food chain because they are not safe, and are, objectively seen, not fit for human consumption… it isn't even used in the industrial animal feed sector," the court said in its ruling on Monday, according to Deutsche Welle – a German public state-owned new outlet.

The baker in question claimed to have reached out to the city of Karlsruhe in 2004 about his use of sawdust, and argued that he did not hear back from government officials.

Moreover, the ingredient has reportedly been listed on the packaging of his cookies. The baker also said he uses "microbiological" sawdust as a flour replacement, which he purchases from a natural products retailer. He went on to add that sawdust is an "herbal product" that is similar to bran.

The natural products shop where the sawdust was purchased took part in the case as well and argued that the ingredient is a vegetable product, reports Deutsche Welle.

However, the court does not seem to see it that way and has upheld the decision made by city inspectors who tested the baker’s cookie dough and ordered that he stop selling the baked goods with sawdust in 2017.

SOMMELIERS WILL NO LONGER USE ONLY THE TITLE 'MASTER,' WINE ORGANIZATION SAYS

The baker will be able to appeal the decision at the Higher Administrative Court of Baden-Württemberg. 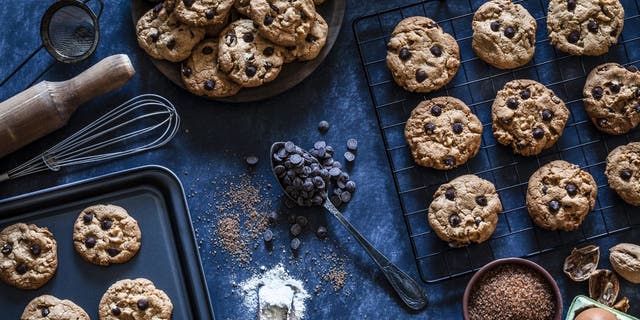 An unidentified German baker has been ordered to not sell cookies made with sawdust by the Verwaltungsgericht Karlsruhe court. (iStock)

Although the court has determined that sawdust is not fit for human consumption and the ingredient is not approved as a "novel food" by the European Commission, it is not the first time it has been used.

In the 1700s, European millers and bakers began making bread with sawdust to feed people at a low cost, according to a 2017 report from The Cornucopia Institute – a national food and farm policy watchdog in the U.S.

"At some point some clever miller was like, ‘Hey, what if we combine the flour with sawdust?’" Penn State food historian Bryan McDonald told the outlet at the time. "‘We’re selling stuff by weight, and people don’t really have a good way of knowing what’s flour and what’s sawdust."

In recent years, sawdust and its variants such as wood pulp, wood flour and cellulose have made headlines for being in common foods sold in the U.S.