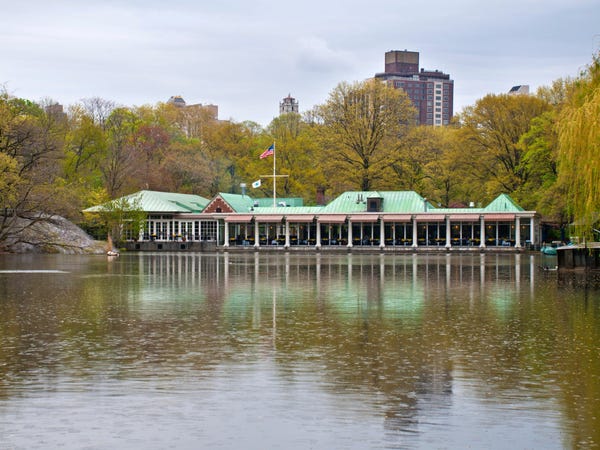 In a filing with the Department of Labor last month, the restaurant said it closed due to "unforeseeable business circumstances prompted by COVID-19," as first reported by local publication The City.

The Loeb Boathouse is one of Central Park's most recognizable landmarks, which welcomed millions of people each year and was renowned for its views overlooking the lake, an idyllic gem within the city.

Upon closing in March due to the pandemic, the restaurant posted an announcement on its Facebook page that said: "As an integral part of the community, we care deeply about our customers and the ability to service the needs of the City of New York as best we can.

"Due to mandatory closures, our dining rooms and bars will be closed until restrictions are lifted. Check back here, or on our website for updates. We will be open again as soon as permitted."

Although it was recently allowed to reopen in accordance with city guidelines, the Loeb Boathouse remained closed with all 163 staff who were temporarily furloughed now "considered permanent layoffs," according to the report.

Its closure also comes after a $2.9 million renovation in 2018 which saw updates to the bar, dining room, and outdoor seating area. Speaking with the New York Post, owner Dean Poll said that the restaurant was "tired after 18 years."

The restaurant has appeared in many romantic comedy films, including "When Harry Met Sally," "27 Dresses," and comedy film "3 Men and a Little Lady."

A "lone worker" who spoke to The City said that Poll still intends to reopen again in April 2021. Eater also stated that a spokesperson confirmed it "anticipates reopening in the spring," though no official dates have been announced.

The Loeb Boathouse did not immediately respond to Insider's request for comment.