I became vegan back when finding kale in the local supermarkets where I live in the Bronx was like seeing a camel, before you could find a Latinx community for the lifestyle on Instagram. That was 11 years ago, around the summer of 2009.

At the time, my immediate family was far from plant-based. We’re Dominican, and anyone familiar with Dominican culture knows we’re heavy on the meat. Walk into a Dominican household, and it’s almost guaranteed the dinner will consist of rice, beans, and something like pollo guisado (stewed chicken).

It wasn’t really until I visited a dermatologist for help with my severe acne that I started to examine my own food choices. In order to find out what was triggering my condition, the doctor advised me to start looking at the ingredients in the food I was buying. So I did. I sort of went down a rabbit hole.

Not only was I looking at ingredients, but I became interested in learning about food production. I was reading studies and books like Forks Over Knives, watching documentaries, and researching like crazy. I came to a conclusion: We shouldn’t be producing animals the way we do sneakers.

When I told my family I was going vegan, they made fun of me, but they did respect my choice.

It was still hard in the beginning, though. I have a big family, so there’s always some kind of event going on—a birthday party, a summer BBQ, a holiday gathering—and when you come from a culture where food, or more specifically meat-based dishes, play such a big role in those events, it can be hard to adjust.

I would have to eat beforehand just to make sure I wasn’t starving at our get-togethers, and eventually I just became uninterested in participating. They weren’t events I would look forward to.

No one was making an effort to accommodate my diet, and my family was always making comments like, “Are you just eating rabbit food and grass all day?” Little stuff like that made me feel like an alien at times. 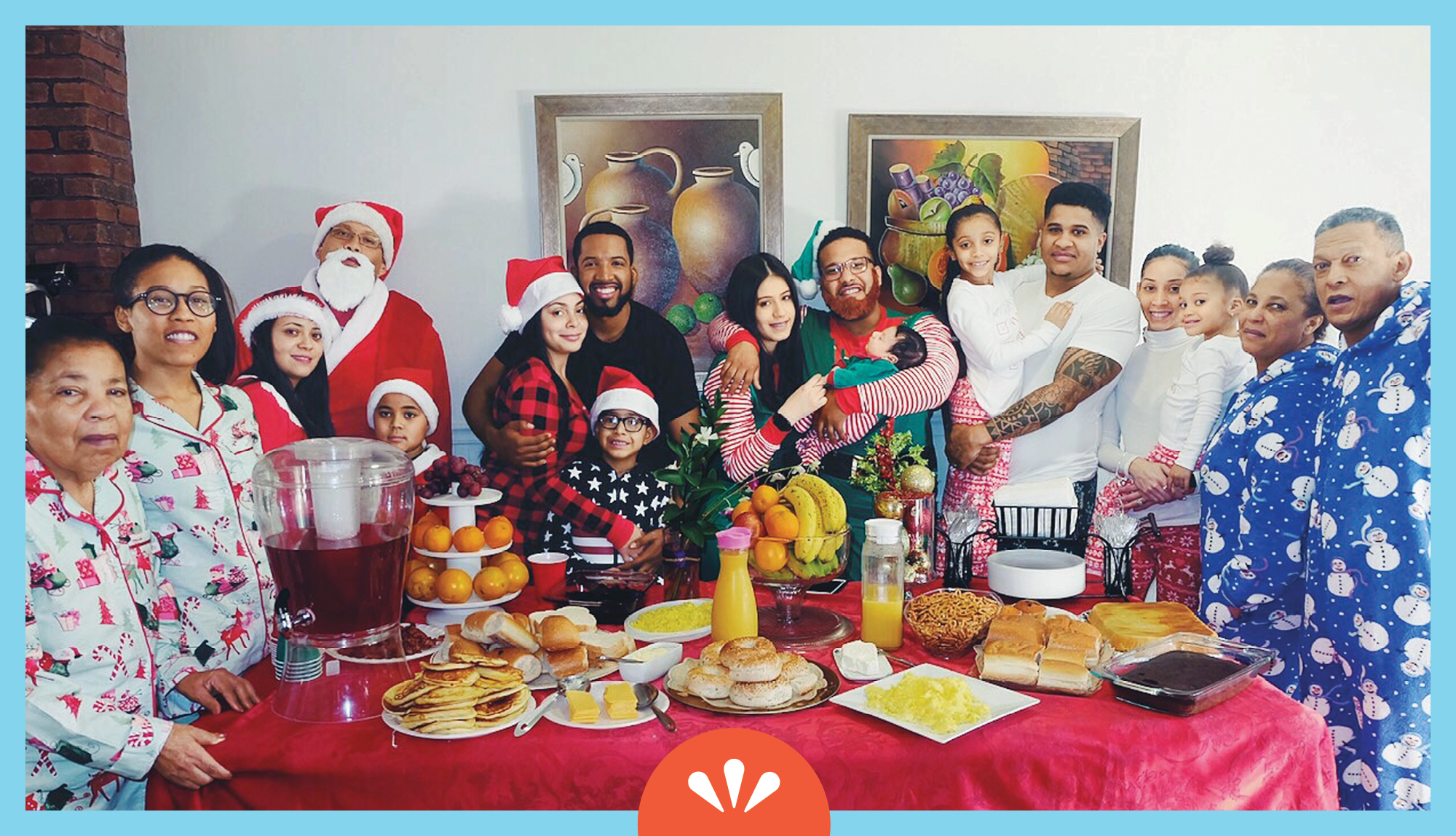 But that didn’t deter me from avoiding meat. In the beginning, I never slipped up—that’s how good being vegan made me feel. My acne cleared up, and I also noticed I wasn’t experiencing any of the extreme cramping and other PMS symptomsI used to have before becoming vegan.

It wasn’t until six months in that I tried to have a meat dish again. I don’t remember what I picked at—maybe it was a burger. Whatever it was gave me such a bad stomachache that I knew that sticking to plant-based dishes was best for me.

Eventually, I’d had enough of not feeling included in my family celebrations and I sat them down. I told my family that I didn’t want to feel left out, that I needed them to adjust to my new lifestyle. Luckily for me, they had already been noticing some of the positives of my new diet, so they were receptive.

Though they were open to making some adjustments, my family had one big concern.

I could see they were worried about losing their culture. Would swapping meat out sometimes mean they would have to give up our traditional Dominican dishes? They didn’t want to sacrifice the food that brought them so much joy and was such a driving factor in bringing our family together for special events.

It wasn’t until my mom experimented with a vegan sancocho, a stew made with different kinds of meats, root vegetables, and our traditional spices, that they realized the answer to that question was no. Even though the meat was missing, the stew tasted almost exactly like the real thing.

It took a while to get my family on the same page as me; it wasn’t an overnight thing. Slowly, my mom started experimenting with more dishes. Instead of making regular mangú, a dish that consists of boiled plantains mashed in butter, oil, and sometimes milk, she’d make it with vegan butter. Instead of a meaty lasagna, my mom would try eggplant.

It was all these smaller choices that led to a huge payoff. My family started noticing how much better they felt after their plant-based meals. They weren’t experiencing those infamous “meat sweats,” or the overwhelming feeling to take a nap after a meal. My mom’s blood sugar was down, and she wasn’t feeling as bloated either.

We were all experiencing the most energy we’d ever had, and we came to a realization: It isn’t necessarily the meat that defines our culture. It’s the spices and our skill for seasoning, the way we incorporate vegetables that grew in our backyards back in the Dominican Republic, like auyama (squash), yautia (malanga), and yucca. None of that requires consuming beef or chicken.

It’s like a puzzle trying to figure out how we can take our traditional dishes and make them in a plant-based way. It’s been a learning process for all of us.

About three years ago, my family made a collective decision that I wasn’t expecting.

Our Thanksgiving and Christmas menus that year wouldn’t include meat. It wasn’t just me pushing for it, either. Everyone was on-board.

My mom even decided to make salmon instead of pork or beef in order to accommodate the meat eaters that were coming over. That was a real wow moment for me.

A huge family event without pernil (slow-roasted pork) at the very least is unheard of in Dominican culture, so my family’s decision to stick mostly to plant-based dishes that year made me feel proud, like I finally had their full support. It also showed me that I had made a small but significant change in their lives.

That isn’t to say that our family functions are now always completely vegan, but there are so many more plant-based dishes, like vegan pasteles (a type of tamale). We’re always experimenting with ingredients. 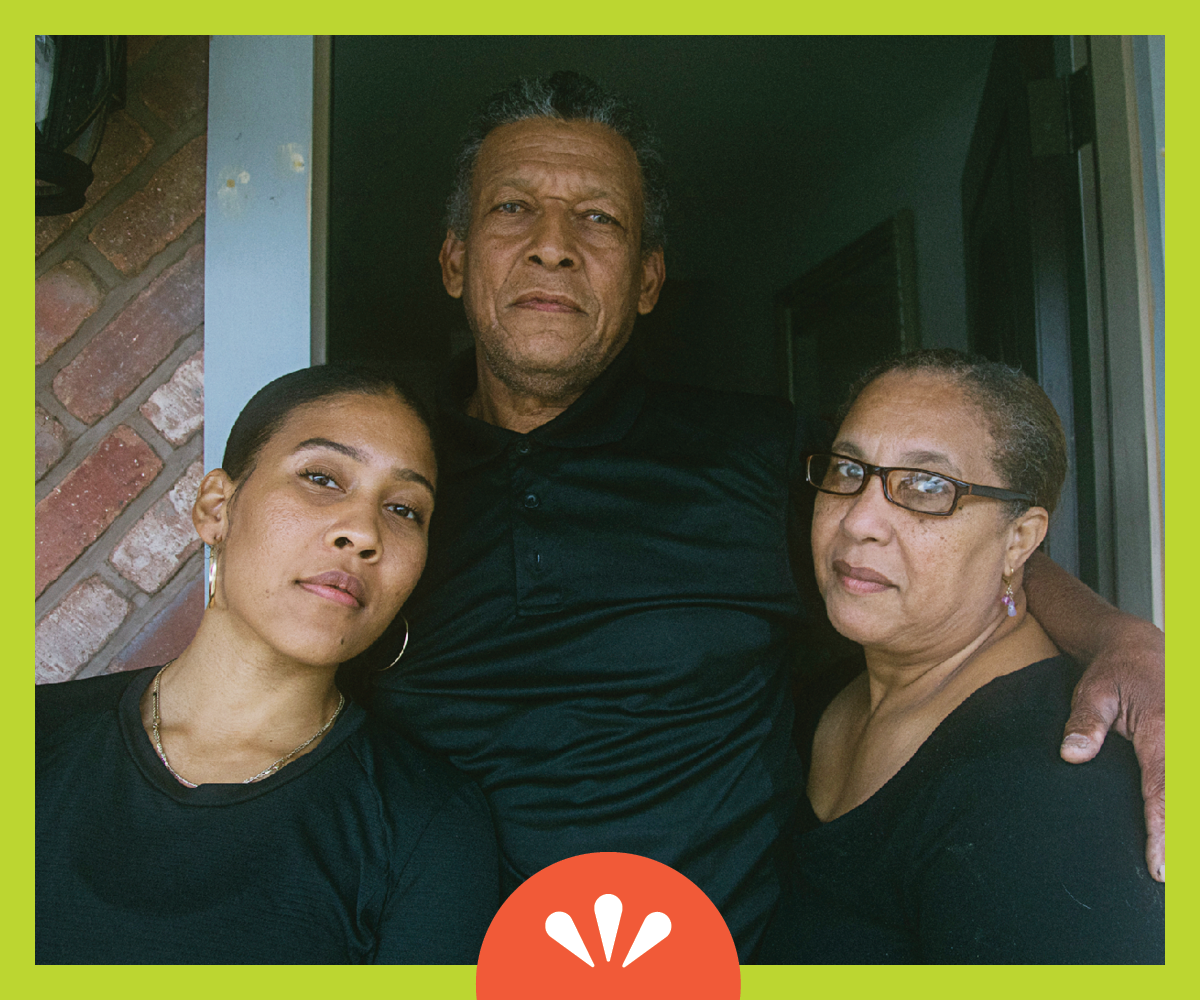 While there certainly are people of color involved in veganism, our community still faces a lack of information.

My neighborhood has definitely changed, but it took time. It’s so much easier to find kale and other fresh produce, though I still struggle to find other things like vegan yogurt.

You can help improve access to vegan foods in your community and broader acceptance of the vegan lifestyle by speaking up. It’s about making small changes, like maybe cooking your own food more, adding no-meat days to your calendar, or talking to your supermarket’s manager about including more plant-based options on store shelves.

Don’t get overwhelmed by trying to do everything at once. Adjusting to a new normal is challenging, so it’s okay to have a cheat day or dig into your old lifestyle once in a while. Even I have an egg occasionally.It’s important to be forgiving and honest with yourself.

Just doing one thing to improve your life trickles into everything else. Trust me, I’ve seen it with myself and in my own family. That’s why it’s so important to me to use my voice to say “Look, I come from the same struggle, from the same hood, and I did it.” It wasn’t always perfect from the beginning, but I’ve made veganism work for me.